The District Attorney released video in the case of a man who was shot and killed by an officer with the Metro Nashville Police Department.

On July 26, 2018, 25-year-old Daniel Hambrick was shot and killed by Metro Police Officer Andrew Delke. According to police, Hambrick led officers on a chase.

Once Hambrick pulled over on the corner of Jo Johnston Avenue and 17th Avenue North, police said he got out of the car with a gun. That's when the 25-year-old Metro police officer shot him. Hambrick died at the scene.

In a video from Martin Luther King Junior Magnet High School released Wednesday by authorities, Hambrick is seen running away when he's shot.

NewsChannel 5 does not normally publish videos of such a graphic nature. We have made an exception in this case because we feel that it is in the public interest.

"It was important for General Funk to release this video for transparency in this investigation," said Mayor Briley. "This was a tragic event, and my prayers are with Mr. Hambrick's mother and the rest of the family. I don't know if there can be anything worse than losing your child." 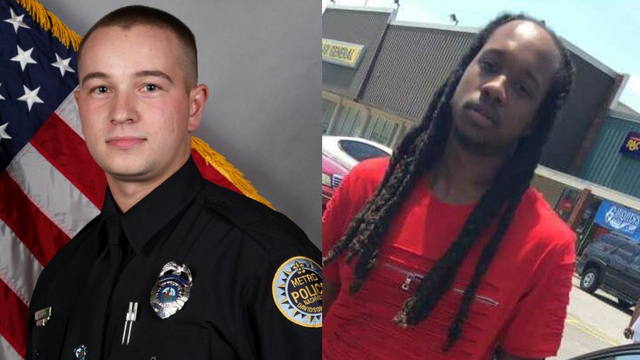 The mayor added he also met with Metro Police Chief Steve Anderson and community leaders in order to discuss a review of the police department's policing strategies.

"No mother should ever have to bury her 25-year-old child and our police should only be required to make a snap decision to discharge their weapons when absolutely necessary," Mayor Briley said.

The mayor and Chief Anderson both said that before Hambrick's death they had been working with the Policing Project based at the New York University School of Law. The national organization has dedicated itself to strengthening the relationship between police and the communities they serve.

"The Mayor has asked that the Metro Nashville Police Department undergo a comprehensive review of its policing strategies, and I have committed to that process with an open mind. We started that process some months ago working with NYU and its Policing Project, which has been beneficial for both entities," said Chief Anderson.

The mayor said the Policing Project has three basic principles:

Mayor Briley said he's for community oversight of the police department, but not with recent proposals.

Last week, Community Oversight Nowdropped off a petition with more than 8,000 signatures calling for a community oversight board. If the signatures are valid, voters will have a chance to weigh in on the issue during the election on November 6.

Not only do loved ones believe Hambrick's death was unjustified, they added the black-on-black violence must also come to an end.

"Killed by ones whose job it was to serve and protect, but even more, it is her desire that the inner community killing will cease, that no parent should lose a child to neighbor-on-neighbor violence," said one speaker.

Hambrick was his mother's only child. On Saturday, he was laid to rest.

Ministers prayed over Hambrick's friends who came to the funeral, in hopes of making them a positive influence in Nashville, as well as prayers for God's protection.