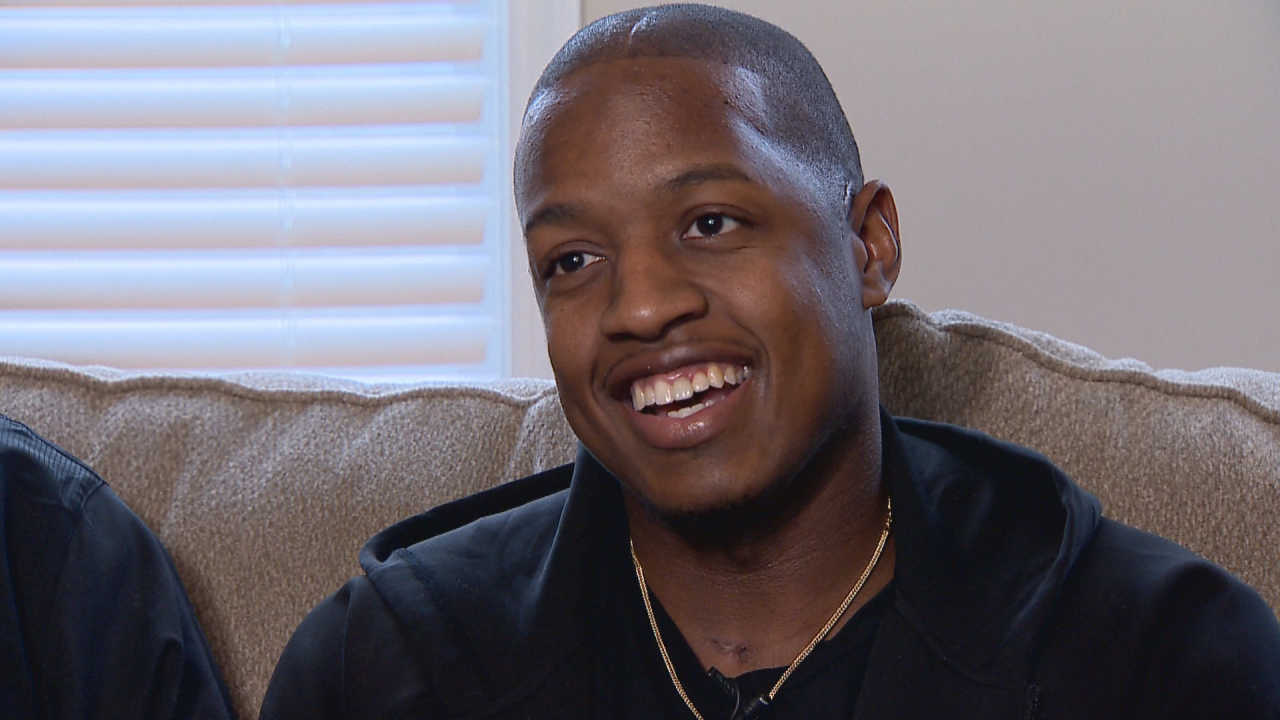 In a public conference call Saturday morning, Staci Abercrombie, Christion's mother, opened up about her son's injury and his place in life nearly one year following it. She said they have met some great people over the last year, and is thankful for everybody's support.

She added thanks to God for the strides that have been made.

"I thank God for what He's already done and what He will continue to do in Christion's life and other lives," Abercrombie's mom said. "We have to learn to have faith and trust God."

A common theme Abercrombie and his family have pushed since his injury is that his recovery has been nothing short of a miracle. When Abercrombie sustained a brain injury during TSU's game against Vanderbilt last September, the odds were stacked against him. As he underwent emergency brain surgery, his family was unsure of the future.

Now, one year later, Abercrombie's mom says the injury has only made him stronger. Despite now having an artificial skull on the left side, she hasn't heard him complain once.

Further, where once he was shy, she has observed him to be much more vibrant and outgoing. He sings openly in church, and he appears happy.

"Christion is living his life," she said.

He's doing well in academia, too. He has just recently completed a summer course at TSU online, and is currently taking fall courses online at the university.

Going forward, Abercrombie's mom wants to continue their outreach to others who may be experiencing what their family has gone through, saying, "We want to build a legacy and future for those others."

Abercrombie, who was present for the conference call, wanted to offer thanks himself to everybody who has offered their encouragement over the last year.

"I just want to say that I appreciate all the love, support, and prayers," Abercrombie said.

Abercrombie's mom ended the call with a prayer for continued strength.

Abercrombie and his family seem to be looking up and moving forward, and on the eve of the one-year anniversary of his injury, their hope is stronger than ever.