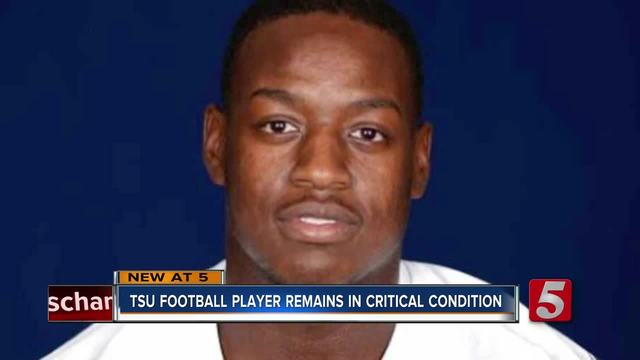 Tennessee State officials said linebacker Christion Abercrombie was last listed in critical condition after an injury that caused him to collapse on the sideline of the Tigers' game against Vanderbilt. The university issued a statement Saturday night saying Abercrombie is being observed at Vanderbilt University Medical Center. 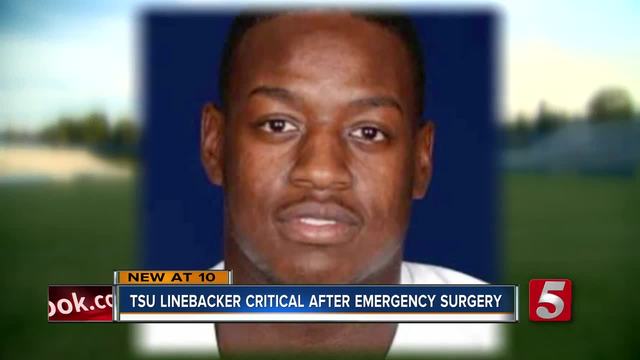 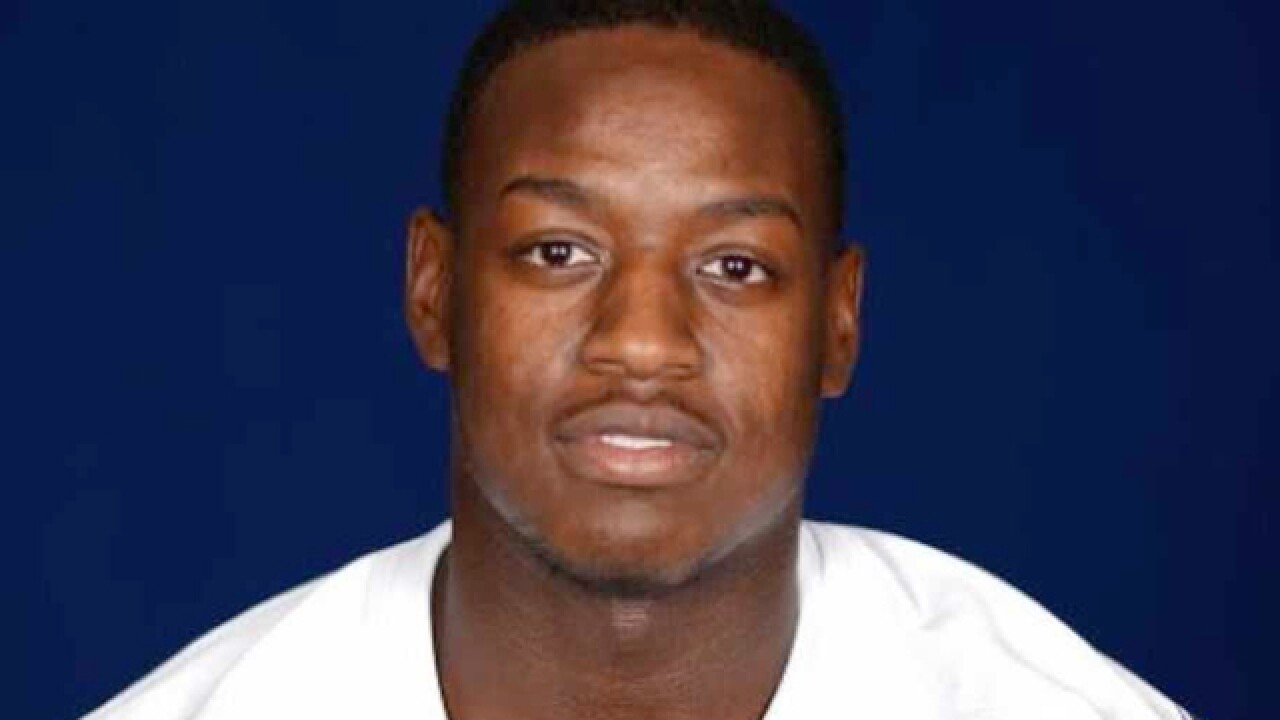 Tennessee State officials said linebacker Christion Abercrombie was last listed in critical condition after an injury that caused him to collapse on the sideline of the Tigers' game against Vanderbilt.

The sophomore who transferred to Tennessee State from Illinois collapsed on the sideline late in the first half of a 31-27 loss to Vanderbilt.

He was given oxygen and put on a stretcher before being taken to the hospital for emergency surgery for a head injury.

Sunday evening, school officials confirmed he was still in critical condition and added he's "surrounded by his family, teammates, the TSU family and members of the Vanderbilt community."

"My thoughts and prayers are with Christion and his family," said TSU Head Football Coach Rod Reed. "He's fighting, and we just need to keep him uplifted with prayers."

"We’re praying for him and lifting his name up, and we know he’ll pull through. We’re all rooting for our fellow Tigers, so we just stand with him and we want to continue to pray for him and pray for a healthy and speedy recovery," Taylor said.

The TSU family asks for your continued prayers for Christion Abercrombie and his family. Christion remains hospitalized following an on-the-field injury during the TSU Vandy football game. Again, please keep him and the family in your thoughts and prayers. #PrayersForChristion

A kid who plays for Tenn State got a bad head injury in the Vanderbilt game today, he is undergoing brain surgery, I’ve been praying for his healing, would love to have you join me.

Whatever you are doing right now PLEASE stop and PRAY for Christian Ambercrombe! I’m at Vanderbilt Hospital with his family and we NEED the prayers of the saints NOW! @mtzionnashville… https://t.co/n0oXqkyQzs