City to debate what scooters should do during winter weather 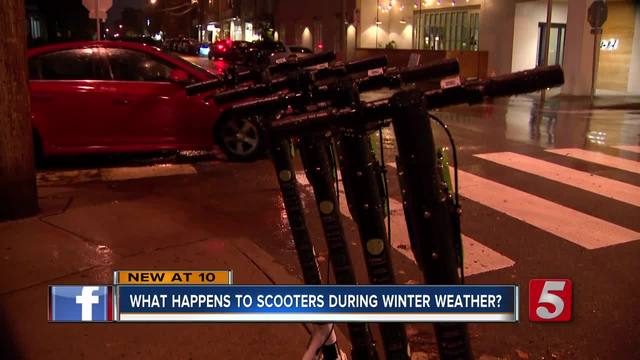 There's currently no regulations for electric scooters when it comes to severe weather in the metro. 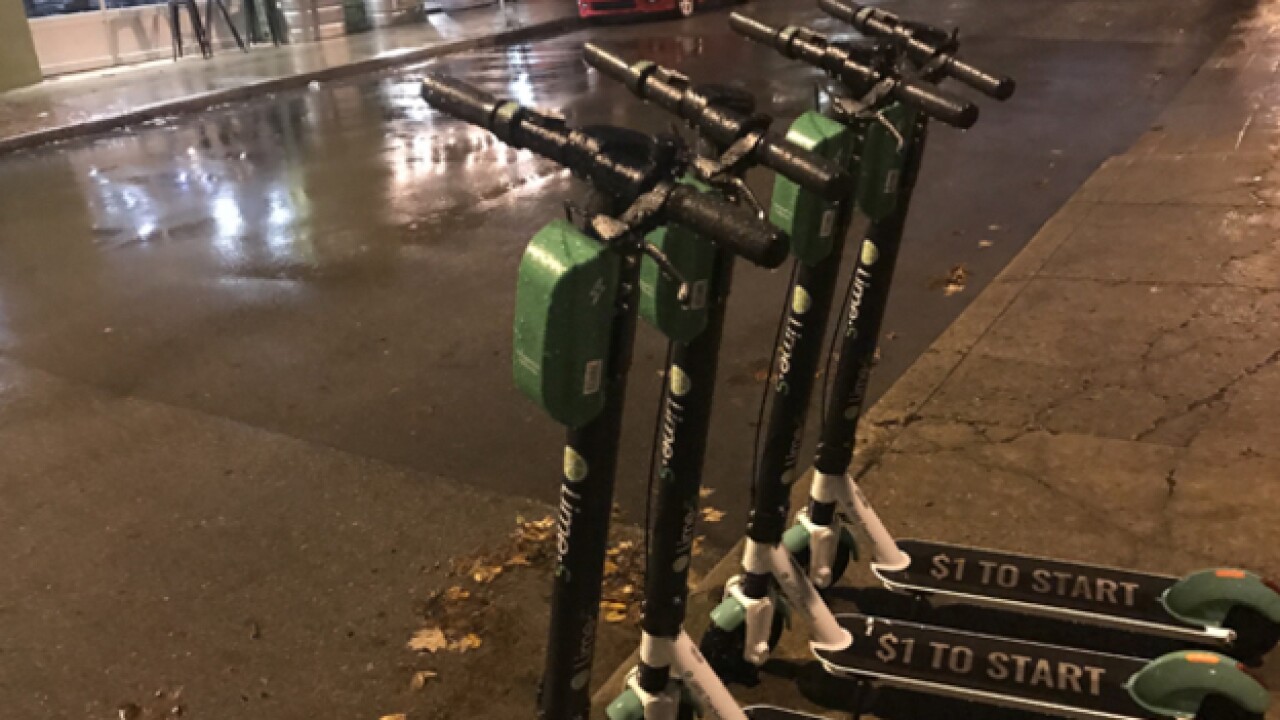 There weren't too many people trying to ride electric scooters on Wednesday night as a steady rain continued in Nashville.

"Most people are not going to be out in this weather unless they have to," Bill Fields, the director of the Metro Transportation Licensing Commission (MTLC) said. But with winter weather approaching the metro, we asked if the city has a plan for when the rain turns into snow and ice.

"There's not at the present time," Fields said, adding that the commission expects to discuss winter-weather regulations at their December meeting.

Fields said the possible regulations could be based of temperatures or snowfall levels. Companies like Lime and Bird could be required to shut down services if those factors reach a certain threshold. Fields said the companies have the ability to turn off scooters without having to pick them up off the streets.

"And once they stop there's no way to get it started," he added. But one thing that is getting started is this debate, that doesn't hit an agenda for another several weeks.

If the city does put cold weather restrictions on these scooters it wouldn't be the first time the commission has created weather-related regulations... The commission already has rules in place saying horse carriages cannot operate if it is too hot or too cold.

Lime and Bird, companies that operate electric scooters in Nashville, both issued statements to NewsChannel 5. The companies said they monitor weather conditions, but neither gave specifics on what happens to scooters during inclement winter weather.