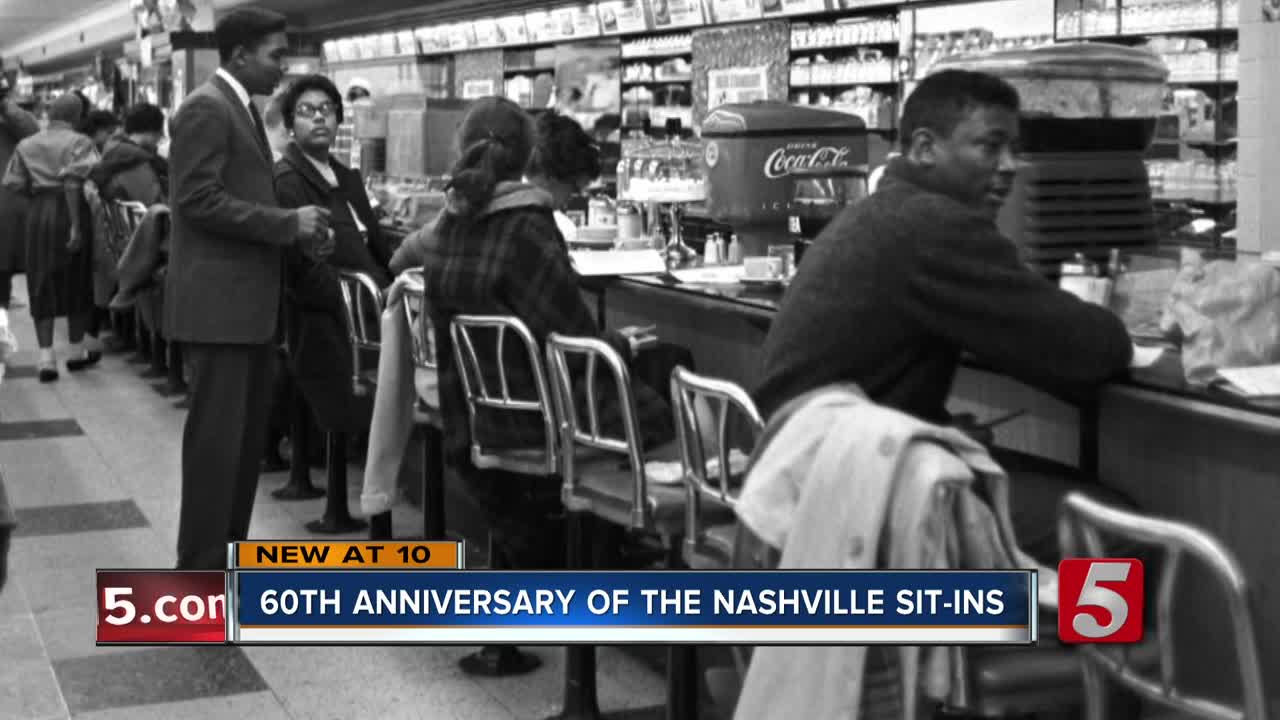 It was February 13 1960 when a group of brave college students ended segregation at the lunch counter. The mission wasn't easy but they say it was worth it to help change America.

NASHVILLE, Tenn (WTVF) — It was February 13 1960 when a group of brave college students ended segregation at the lunch counter. The mission wasn't easy but they say it was worth it to help change America.

Racism and segregation were rampant in the south during the 1960s. Ernest "Rip" Patton was just 20-years-old when he joined more than 120 students from Nashville's black colleges and universities demanding a seat at the table.

They marched into three stores on 5th Avenue and sat down at the segregated lunch counters. The sit-in lasted weeks and into months. The students didn't experience violence until February 27. According to the city, on that day at Woolworth's and McCllean's white resisters threw the students from their seats, then punched, kicked and spat on them. Nashville police only arrested the student protesters. More than 80 students were taken into custody.

"Nashville was a Jim Crow city, there was nothing a white person could do that I could, as far as eating, hotel, you name it I couldn’t do it," said Patton.

Patton participated in freedom bus rides, and the Tennessee State University student (formerly Tennessee Agricultural and Industrial University) marched to 5th Avenue from the First Baptist Church on the Hill.

"I also had a car and the days I couldn’t do the actual sit-ins; I would take students from Tennessee A&I down to the church, and when the demonstrations were over I would go back and pick them up and bring them back to campus," said Patton. "We were determined, we started our non-violent training in the summer of ’59."

The lunch counter at the Woolworth on 5th is the same counter from the sit-ins.