As the temperatures hovered in the teens in Middle Tennessee over several days, cold temperatures caused water pipes to burst in some homes and businesses. 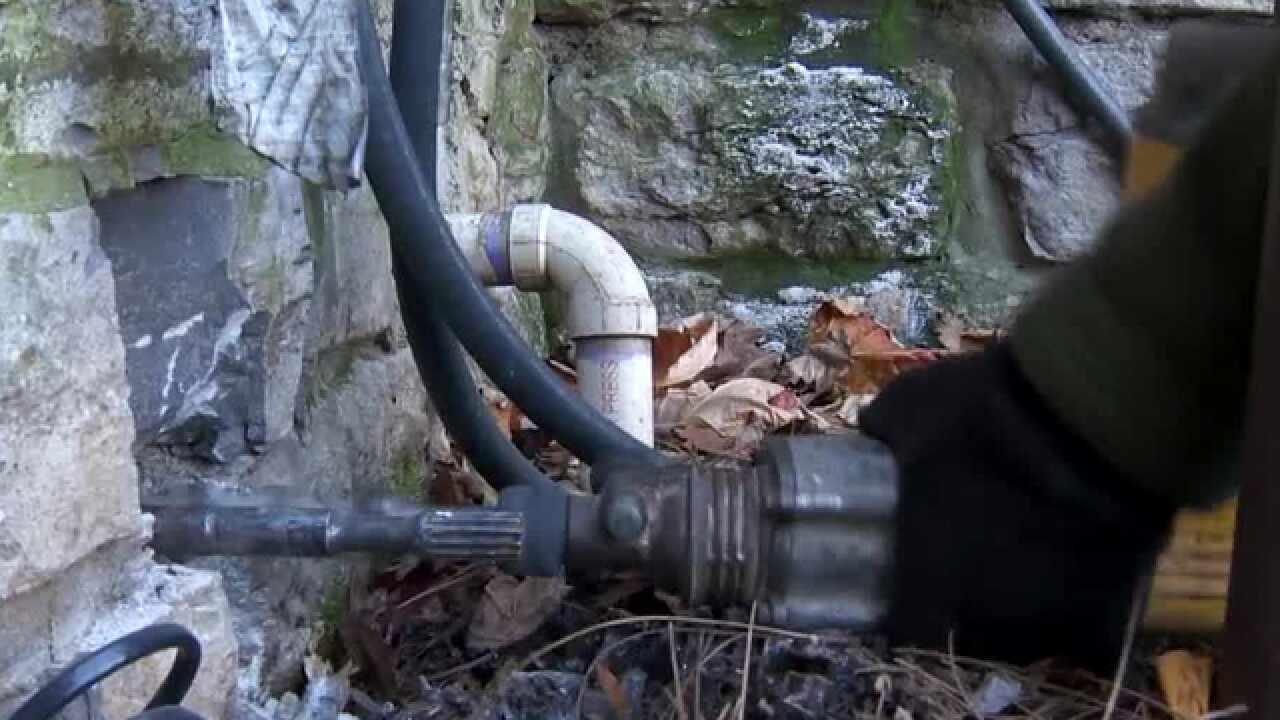 As the temperatures hovered in the teens in Middle Tennessee over several days, cold temperatures caused water pipes to burst in some homes and businesses.

"We do get really busy this time of year," said Buddy Sanders, plumber for Jack Ward and Sons. "People are prepping for Christmas and the holidays. It gets really bad when it freezes like this. It makes our other jobs, you know, we have to put them off to get to this stuff."

Sanders said the business had six other plumbers out Thursday fixing pipes. Sanders was charged with fixing an ice clogged water heating pipe that stopped the hot water at Husk Restaurant. Sanders had to drill into a side wall to warm up the pipes and allow the hot water to flow.

"Anything usually below 25 degrees, if the wind blows enough. The winds are really the killer for frozen pipes," said Sanders. "If you don't have your vents covered up or your crawl space door closed, garage door closed, and the wind gets blowing, it will freeze it pretty fast."

Good advice for homes and apartments are for residents to allow water to drip from their faucets as the temperatures get really cold. Also, Sanders suggested opening cabinet doors that contain water pipes. Allowing warm air to reach the pipes will keep them from freezing.