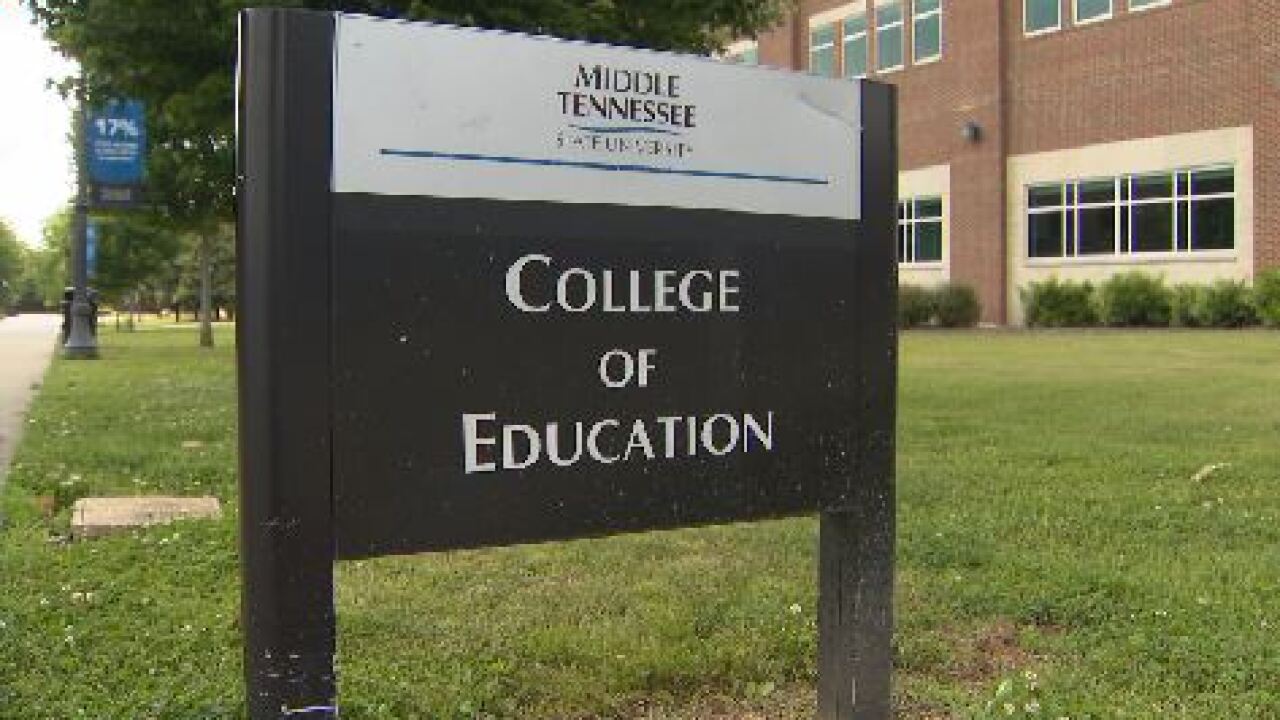 MURFREESBORO, Tenn (WTVF) — As class sizes grow, the number of people getting teaching degrees has decreased.

But NewsChannel 5 talked with two women who, despite the doubts, will soon teach in their own classrooms.

Graduation just wrapped up for students like Carly Spry and Lauren Grizzard at Middle Tennessee State University,and now these ladies are ready for their next assignments.

"I just felt this calling to a classroom," said Lauren Grizzard who's mother is also an educator.

However, there were some early doubts about entering the field of education.

The low cost in salaries, classroom size, and education funding and spending are just a few things teachers across the country are demanding to see some changes in.

"The expectations and the accountability that we have placed on teachers it has increased exponentially, but yet the compensation has not kept up," saidBobbi Lussier, Executive Director of MTSU's College of Education and the Office of Professional Laboratory Experiences.

The education climate across the nation is pushing more college students to pursue a career in the boardroom rather than in the classroom.

Last year, the American Association of Colleges for Teacher Education reported in the 1970s, the number of education degrees awarded annually peaked at 200,000. Today, it is less than 100,000.

"We are the largest producer of teachers in the state of Tennessee and that number has declined over the years," said Lussier.

Despite the numbers the demand for well-rounded, qualified teachers remains high. And regardless of how things are today , Spry and Grizzard are hopeful about tomorrow.

"The reward, the payoff, in all other aspects of your life is what keeps you in it, keeps you in the game," said Grizzard.

The women said their next step is looking for careers in the Middle Tennessee area.