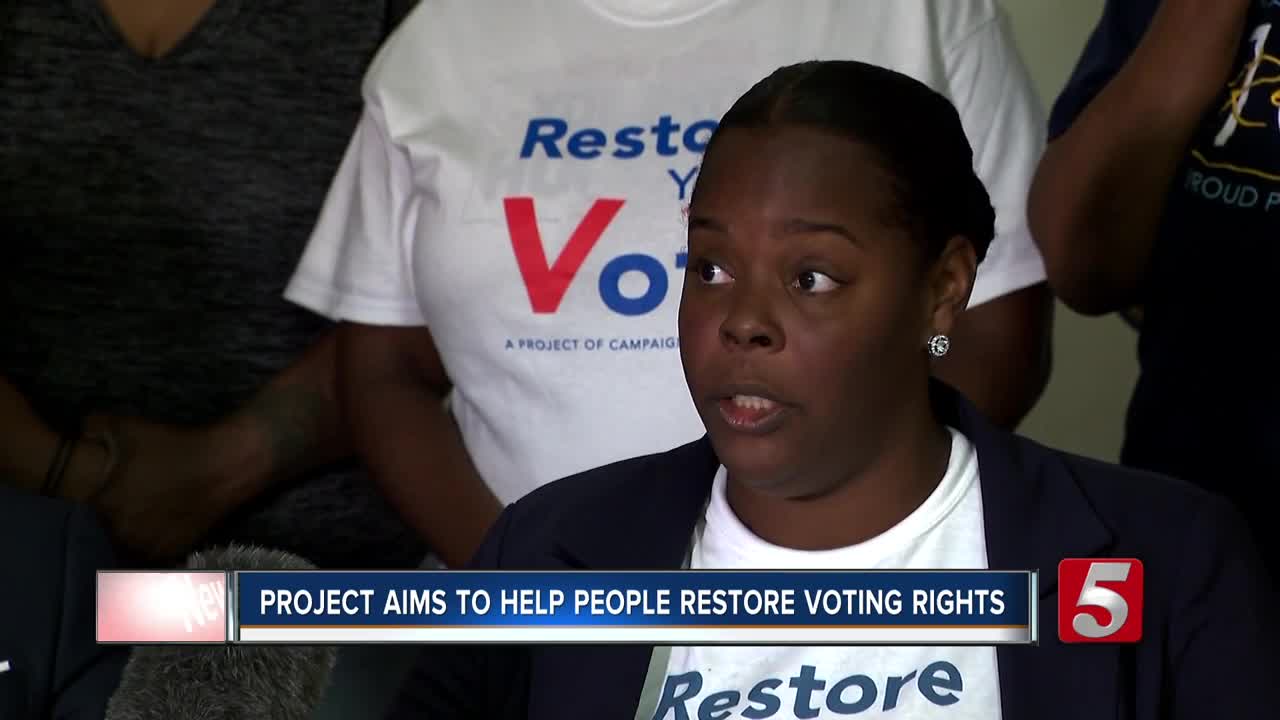 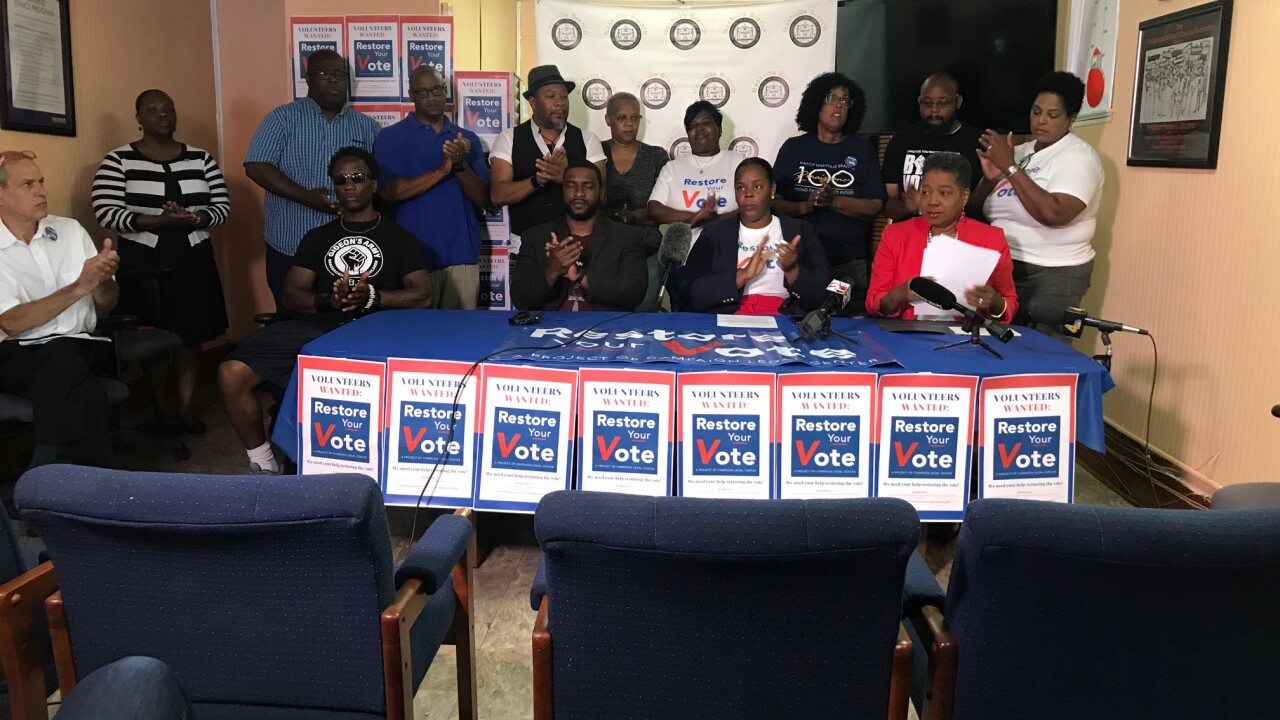 On Wednesday, a news conference was held at the NAACP Nashville Branch located at 1308 Jefferson Street.

Organizers said Nashville has a chance to emerge as a leader in solving a statewide and national issue - voting disenfranchisement.

"The law in Tennessee disenfranchises over 421,000 people across the state and worse yet many people either never lost the right to vote or can get their voting rights restored but they don't know they can because at some point they were told when you get a felony you lose your right to vote," community organizer Gicola Lane said.

Lane helped start the Restore Your Vote Tennessee project and looks to help people in the Nashville and Middle Tennessee area with the voting rights restoration process.

Tennessee State Senator Brenda Gilmore called the restoration process a struggle and crisis in the state against minorities, women, and the elderly.

"I am going to be reintroducing important voting bill rights in the General Assembly next year. I call for a week of voting rights activism at the state capitol during this session by those who are so deeply about this struggle. I know that these battles can grow long and weary but we have to run on through," Gilmore said.

Gilmore, Lane and others said they want to fight and build a more equal community for the next generation.