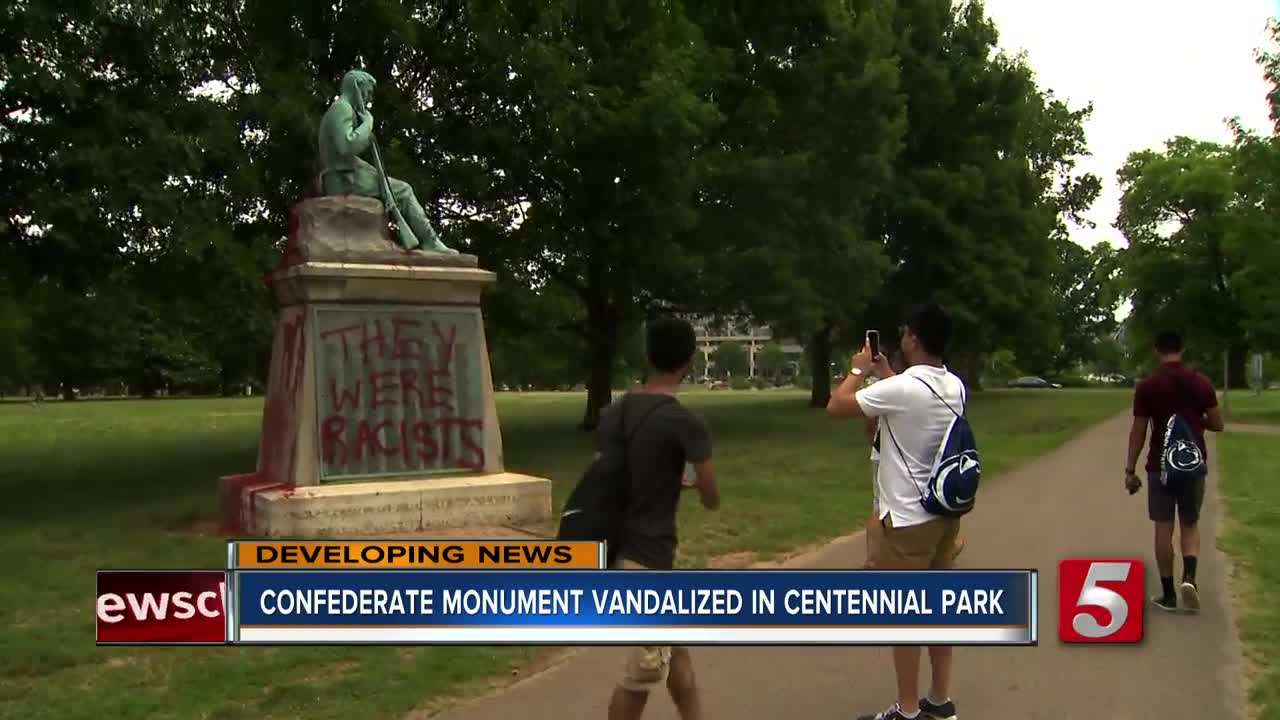 A Confederate monument located in Nashville’s Centennial Park has been vandalized with red paint. 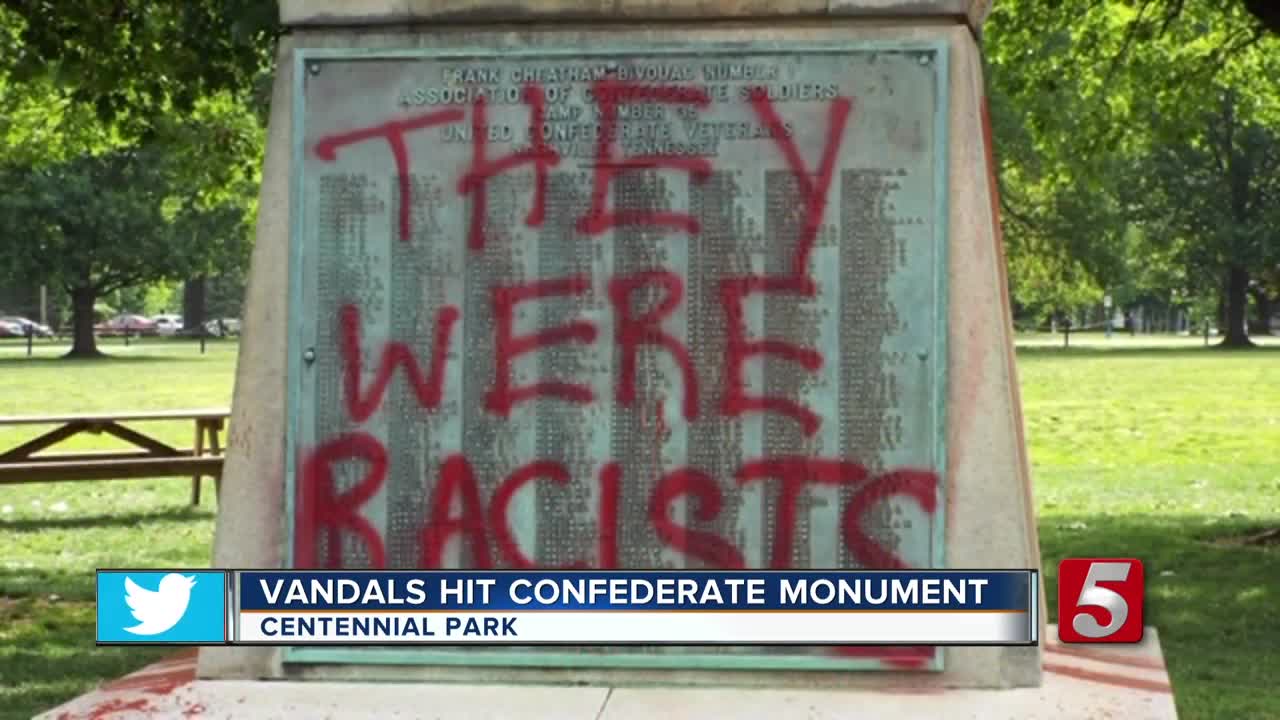 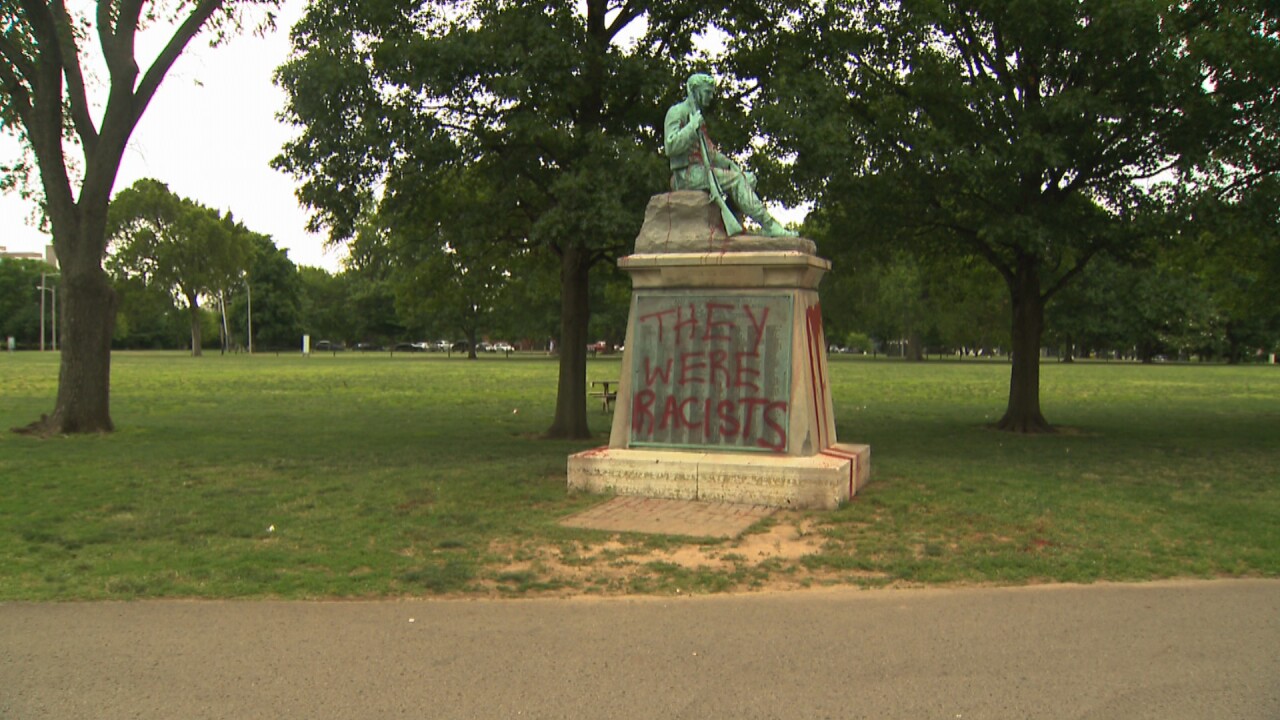 The vandalism was discovered Monday morning at the Confederate Private Monument.

The words “They Were Racists” were painted on a plaque featuring the names of 540 members of the Frank Cheatham Bivouac. The monument was also doused in red paint.

It's unclear how long it will take to clean up the monument, which was dedicated in 1909.

Update: Metro Parks is trying to get the paint off the confederate monument in Centennial Park right now after it was spray painted @NC5 pic.twitter.com/ktT9loDUdz

A group of tourists who arrived in Nashville last night, stopped and took photos of the scene.

"I don't think this helps anything, I don't think it moved the conversation forward, this is just someone who wanted attention," Meehan Rahman said.

Rahman and his friends have never seen anything like this in their hometown in Pennsylvania.

Rahman said, "People don't take the time to think about it, but there were controversial figures in the civil war that were unfortunately racist, and then there were men who were just following what their state believed in, and they were just soldiers. They didn't really have a value, it's not like everyone who fought for the union were fighting for civil rights."

On one side, people feel confederate monuments represent hate, racism, and slavery.

"Some people think the conversation doesn’t move quick enough so this is kind of a way to say 'hey let’s talk about it,'" Nafis Ali said.

While others feel confederate monuments should stay in public places to remind our country of its history.

"I think people have to objectively look at each situation," Rahman said.

Alexandra Koehn spoke with officials and will have more about the cleanup process tonight on NC5 at 4p.m. and 6:30 p.m.