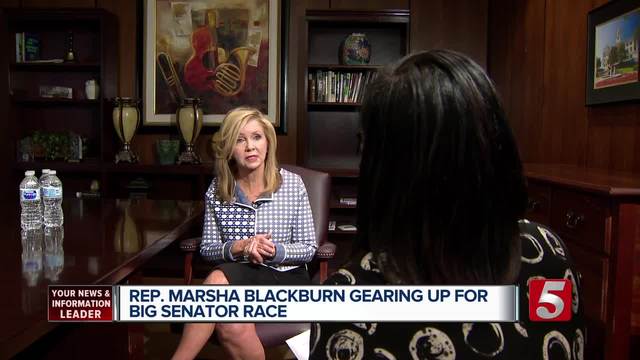 Congressman Marsha Blackburn has been a familiar face to many Tennesseans for years. She's been politically connected to the Republican Party since the 90's, and is a staunch supporter of the Trump Administration. 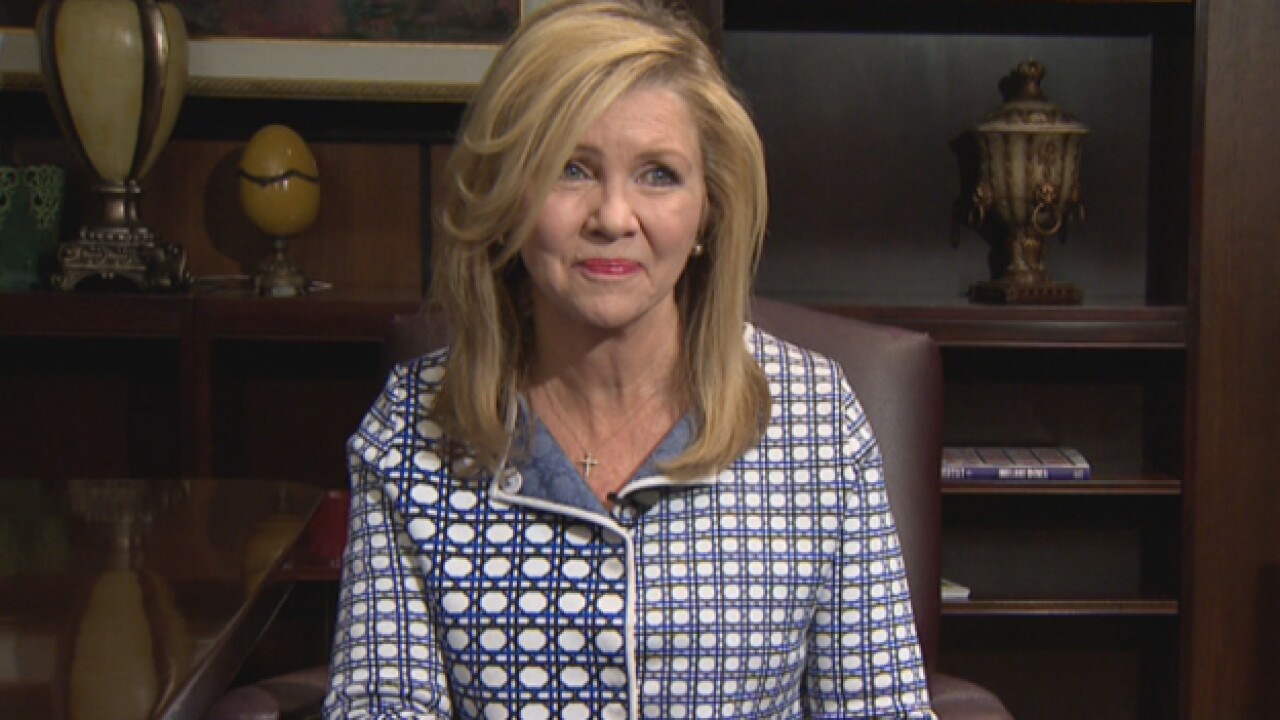 Congressman Marsha Blackburn has been a familiar face to many Tennesseans for years. She's been politically connected to the Republican Party since the 90's, and is a staunch supporter of the Trump Administration.

However, she's hoping to leave an even larger footprint, by replacing Bob Corker as the next United States Senator from Tennessee.

She took the time to stop by NewsChannel 5 and talk about the upcoming election.

Congressman Blackburn has been traveling through the state recently, and says, she promises Tennesseans to defend the majority.

"It is important to voters, because they elected Donald Trump, to shake up Washington D.C. and as you know, I've never been one who went to D.C. to support a status quo. I have all my life, all my political life, I have fought against the status quo, and people want to see the Trump agenda," said Blackburn. "They want to keep the Trump tax cuts, they do not want a Senator who's going to vote against them, they want a Senator who is going to approve nominees to that Federal Bench and Supreme Court, not vote against them, they want somebody who is going to be there to defend that southern border, build that wall, not somebody who as Governor gave drivers certificates to illegal aliens.

Former Tennessee Governor and Democrat Phil Bredesen, is seen as her main opponent for the seat being vacated by Corker.

"It's not a concern. This is his 4th statewide race. It is my first statewide race. And we know that we are very much in line with the values of Tennessee voters. And one of the things they tell me regularly is they appreciate how I have taken Tennessee values, to Washington and that's something that they want me to continue to do - to make certain that I am doing my part, to reduce the size of the federal government. And I'm doing my part to drain the swamp," she said.

However, Blackburn added, there's one area where she and the Trump administration, might not be on the same page.

"I am not a fan of tariffs, and I feel like tariffs are a burden and they put up barriers. I am somebody who says, let's go for freedom, free markets and free people. And that always works. We have worked tirelessly with our farmers, manufacturers, producers, in the state to represent them to express their concerns, to try to find relief from these tariffs, tariffs are a bad deal for Tennesseans."

Blackburn says if she's elected, the focus will always stay on Tennessee and that she plans to fly home from Washington D.C. every weekend.