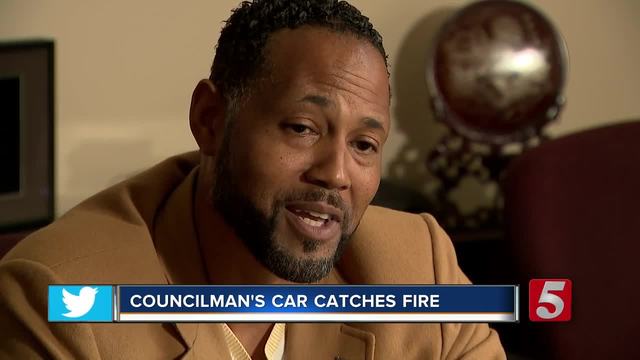 It was a scary moment for metro councilman Jonathan Hall when his car caught fire while he was driving up Clarksville Highway on Sunday, but thanks to strangers in another car, he wasn't injured. 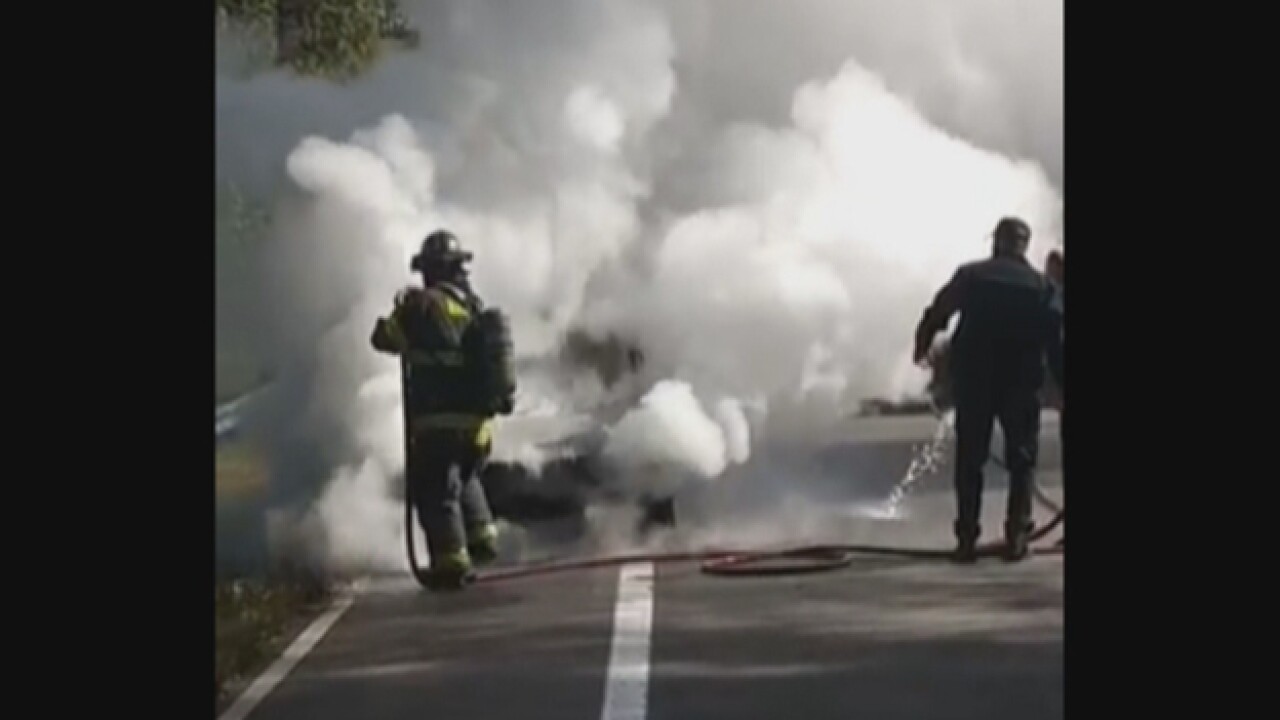 It was a scary moment for metro councilman Jonathan Hall when his car caught fire while he was driving up Clarksville Highway on Sunday, but thanks to strangers in another car, he wasn't injured.

According to Hall, he had heard his car make a strange sound. He didn't think anything of it, until he smelled smoke a couple minutes later.

“It seemed like some smoke or something was coming in the vent, and about that same time, the car started acting weird," Hall recalled. "The car next to me pulled up and they were blowing their horn, and they said, ‘Hey, there’s fire coming underneath the car.’”

Hall immediately pulled over to the side of the road, noticing the fire, and he grabbed a few things from his car before his coat caught on fire.

Hall got out of the car, tossed his burning coat into the bushes, and got a safe distance away from the car just in time.

“You just heard boom, and I looked back and, it’s just a ball of flames," Hall said of the car just moments after he got out of it. “If I had been slower or waited a few seconds longer, I wouldn't be sitting here.”

Hall didn't think too much of the incident until he drove back past the spot a couple days later and saw the scorched ground.

“Hindsight, oh my goodness. I probably wouldn’t even of grabbed what I did grab," Hall said. "I probably wouldn’t have even pulled the keys out of the ignition because it was just that short of time from me getting out of the car, getting away from the vehicle, till there not being a vehicle there.”

Hall posted photos on social media of the incident and started researching to see if any other Kia owners had experienced similar things. He found that hundreds had reported issues with their cars catching fire, but he could not find any recall for his specific vehicle.

Hall was waiting for the fire marshal to release the report on his car fire on Thursday, and he hopes once he gets it and is able to chat with his insurance company and the Kia dealership, that they can find the cause of the fire, and make sure it doesn't happen to someone else.

“I definitely don’t want to see anybody else have to deal with a situation like that," Hall said. "If there’s something going on with those, we’d definitely like to find out.”

Just this month, the non-profit Center for Auto Safety demanded that Kia and Hyundai recall nearly 3-Million vehicles due to complaints they can catch fire.

The complaints are currently being investigated by the National Highway Traffic Safety Administration.