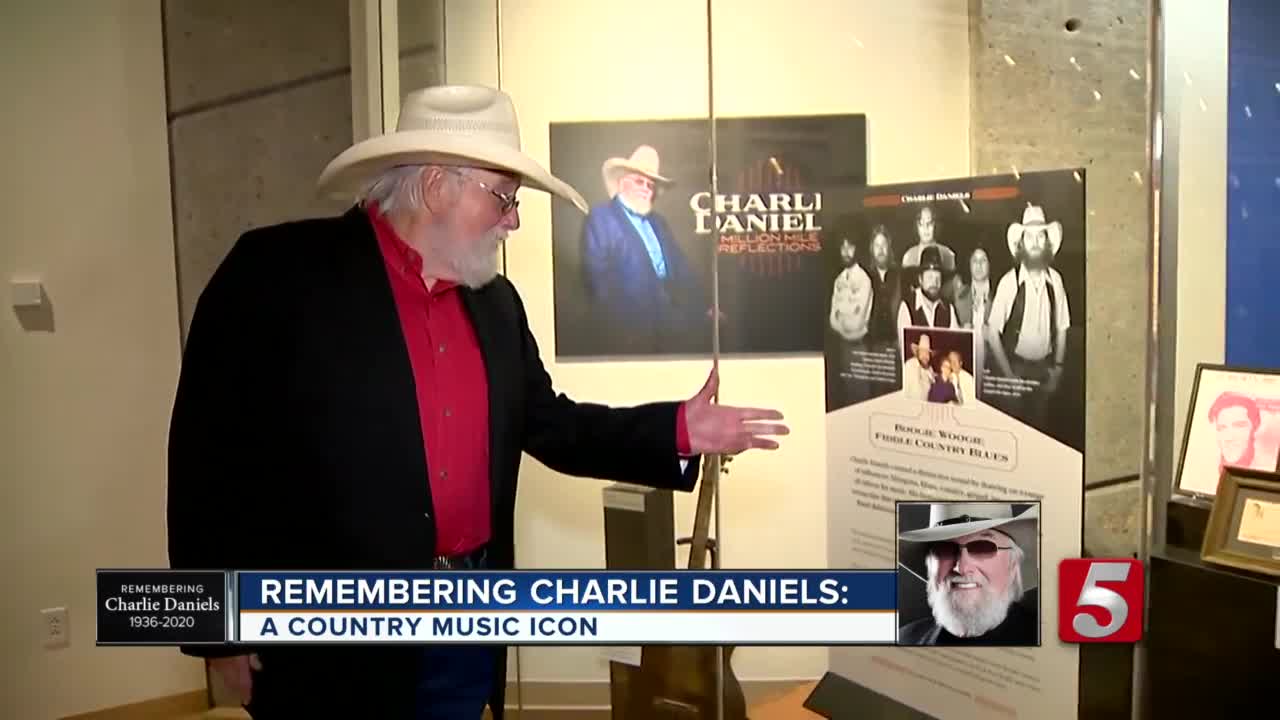 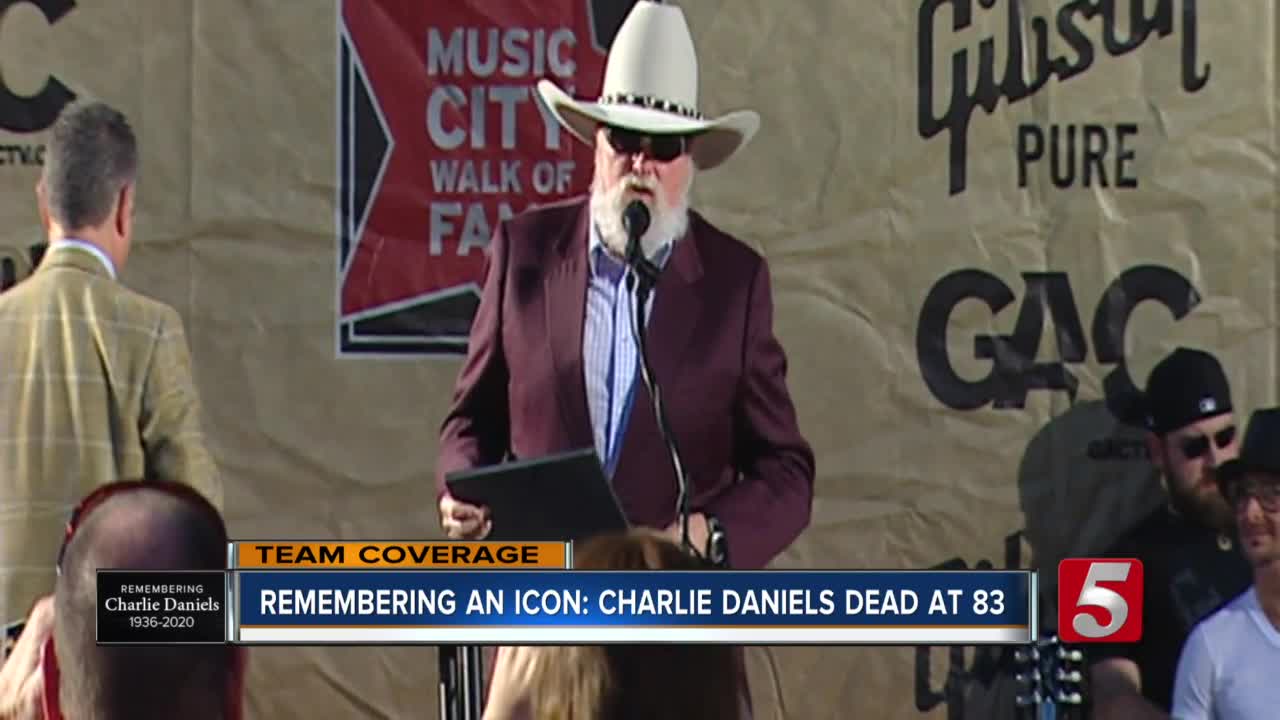 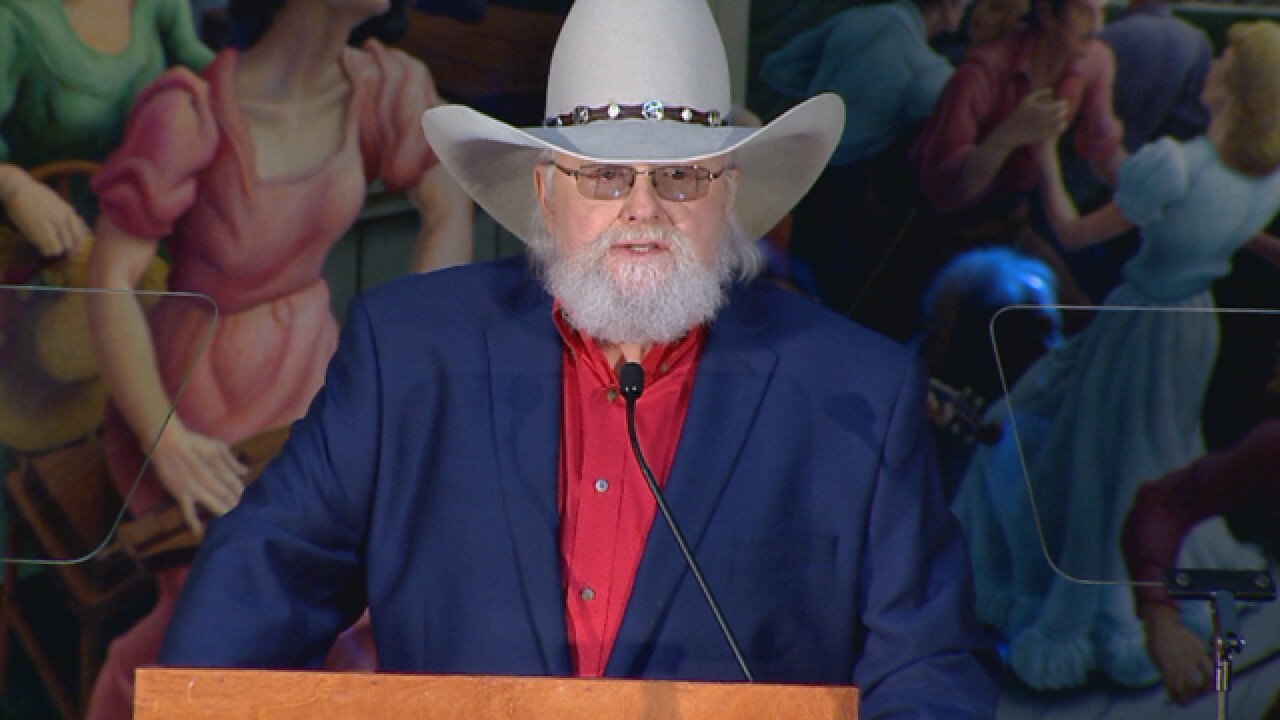 Doctors determined the cause of death was a hemorrhagic stroke. Daniels was 83.

Funeral arrangements will be announced in the coming days.

Daniels was born in 1936 in Wilmington, North Carolina, but has long been a part of the music scene in Nashville and across Tennessee. Daniels, a singer, guitarist and fiddler, started out as a session musician, even playing on Bob Dylan’s “Nashville Skyline” sessions.

The Charlie Daniels Band has long populated radio with memorable hits and his signature song, "The Devil Went Down to Georgia."

Over the course of his career, Daniels received numerous accolades, including his induction into the Country Music Hall of Fame, the Musicians Hall of Fame and becoming a member of the Grand Ole Opry.

Daniels helped to shine the spotlight on the many causes that are close to his heart. He was a staunch supporter of the military and gave his time and talent to numerous charitable organizations, including The Journey Home Project, that he founded in 2014 with his manager, David Corlew, to help veterans of the United States Armed Forces.

During the COVID-19 pandemic, Daniels joined forces with Code of Vets, asking for donations to go former servicemen and woman who've fallen on hard times or have contracted the virus.

Daniels had suffered what was described as a mild stroke in January 2010 and had a heart pacemaker implanted in 2013 but continued to perform. He was inducted into the Country Music Hall of Fame in 2016.

Many artists across social media have been reacting to Daniels' death throughout Monday.

The infamous Dolly Parton said, "Well, the devil went down to Georgia, but Charlie went straight to heaven. My heart, like many millions of others, is broken today to find out that we've lost our dear friend Charlie Daniels. It was such a shock. He was one of the great people in the business and one of the greatest entertainers ever. He will live on in our hearts. Rest in peace, Charlie."

Marty Stuart tweeted in part, "Charlie Daniels will forever be remembered as a true American folk hero. The joy he brought to our lives is inestimable. I admired Charlie for not only standing up for what he believed in but living it out on a day to day basis."

"I grew up on the CDB, and I know I'm blessed to call Charlie and Hazel friends. Love and strength to this family. The world mourns with you. RIP Charlie," said Trisha Yearwood.

The Nashville Predators also offered condolences tweeting "We are deeply saddened by the passing of Charlie Daniels. Charlie was a proud supporter of the Nashville Predators and we are so grateful for his love over the years. Our hearts are with his wife Hazel, his loved ones, and the country music community."

"Man I am heartbroken to hear that Charlie Daniels passed away this morning. He was one of the nicest and kindest people I have ever met. Thanks for the musical legacy you left all of us. We will miss you Mr. Charlie!" added Jason Aldean.

Absolutely gutted to hear the news of @CharlieDaniels passing this morning... what a life lived, and what an incredible human being. He will be sorely missed. pic.twitter.com/n8nJBZRuur

This is devastating news ... our brother Charlie Daniels has gone home ... hard to process this immeasurable loss ... goodbye Charlie ... until that glorious day ... We KNOW where you are now ... pic.twitter.com/S4etkqiMur

The country music flag is flying at half mast today. RIP Charlie Daniels.