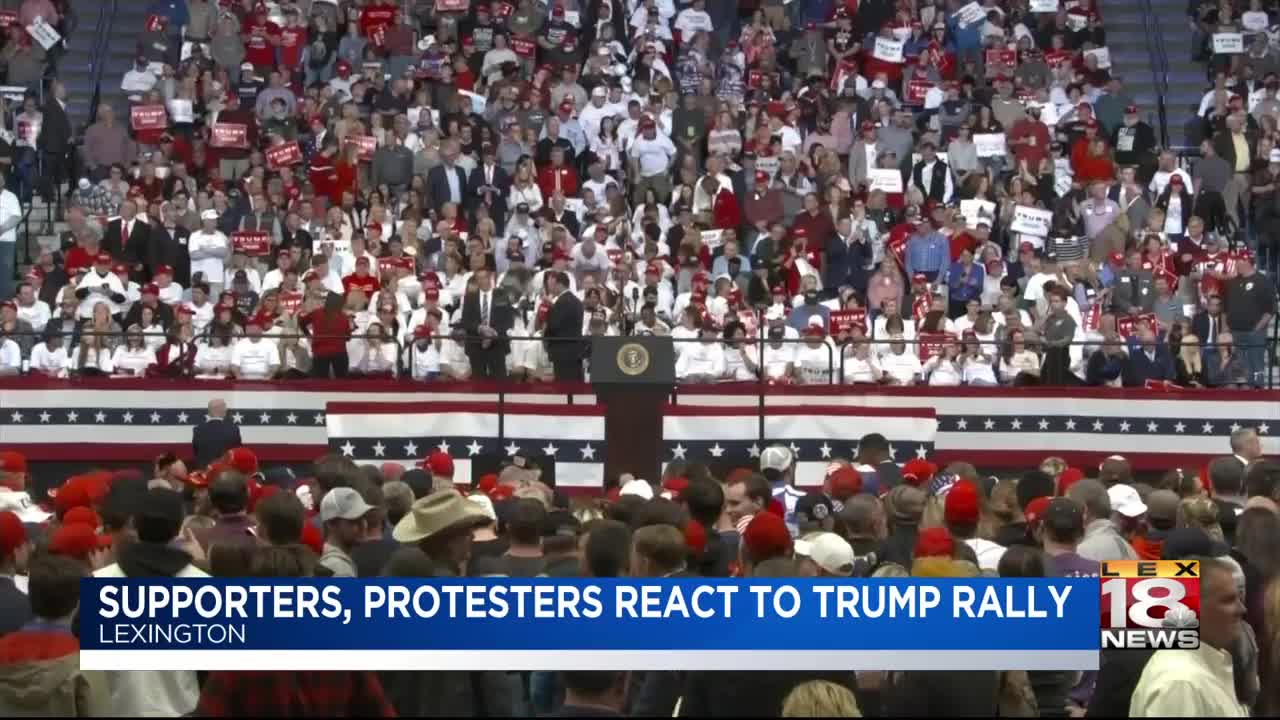 Excitement filled the air outside of Rupp Arena on Monday ahead of President Donald Trump’s arrival.

Supporters waited for hours to get inside to hear President Trump speak, and they tell LEX 18 they were not disappointed.

“It's awesome. The crowd in there, the ambiance in the crowd, it's something I've never experienced before. It was awesome,” said rally attendee Kim McCandless.

“I like the fact that he's trying to protect our Second Amendment, and also the border control, and overall making our job numbers go up,” said rally attendee Nick Nicquillen.

While excited supporters poured out into the streets after the rally, they were met by protesters holding signs and chanting.

Atwell was among a crowd of protesters who gathered at Triangle Park for several hours before the rally.

“He hasn't tried to protect the most basic fundamental thing that makes us Americans, and that's our constitution. That's not acceptable for a U.S. president at all,” said protester Guilia Parli.

The protesters told LEX 18 they wanted to show Trump, and the country, that not everyone in the Commonwealth supports his "corrupt politics.”

But in the state President Trump won by 30% in the 2016 election, they were greatly outnumbered on Monday by Trump's supporters inside of Rupp.