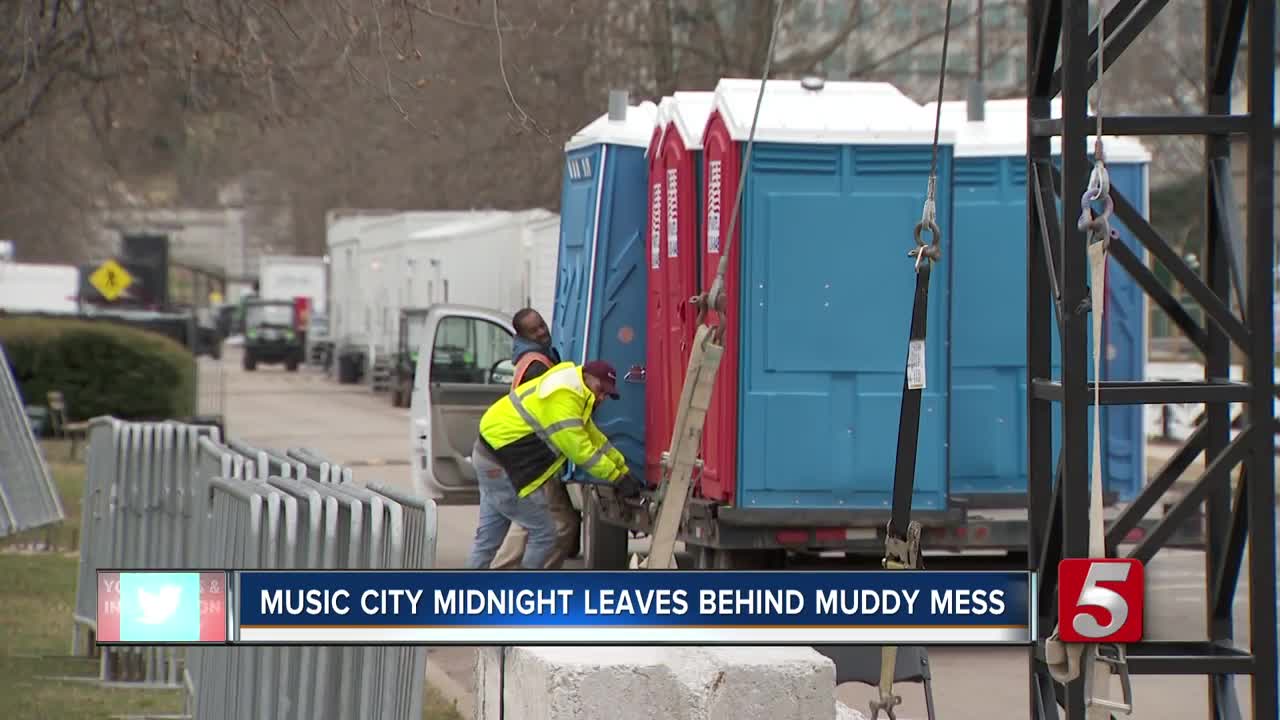 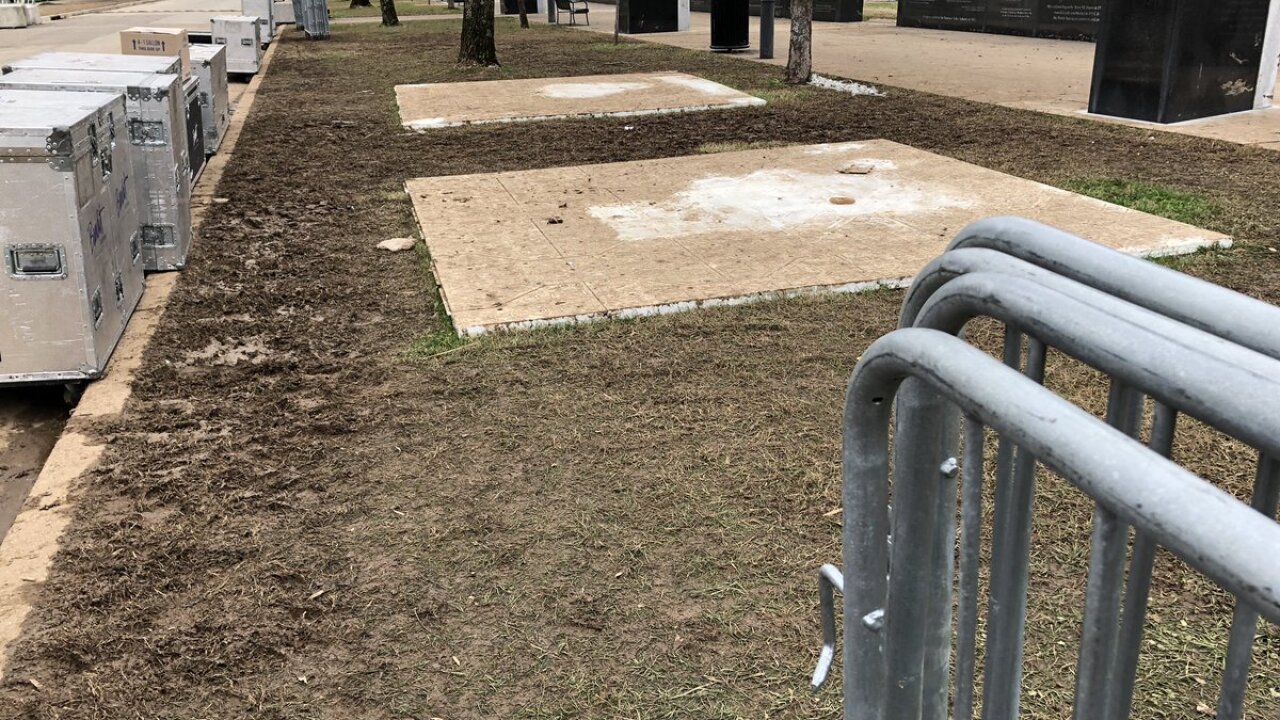 Organizers said the New Year's Eve event drew a record crown to welcome 2019, but those crowds, combined with heavy rain that drenched the mid-state in the afternoon before the celebration, led to a muddy mess at the venue.

"I've never been anywhere where I was tromping through mud to get to the sidewalks" Melinda Dabrowski said. Dabrowski traveled from Illinois to watch the note drop at midnight on New Year's Eve. "Well, it looked like all mud by the time we were leaving."

"I had mud up to here on my boots!" Dabrowski said, while pointing about halfway up her boots. Dabrowski added that she and her family prepared by bringing rainboots and didn't let the mud get in the way of having a good time.

"When you have 200 thousand people on grass that's wet and a lot of it's standing water, it's going to very quickly turn into mud," Bicentennial Capitol Mall State Park Manager Jerry Wooten said.

To clean up the mess, Wooten said crews will have to aerate the land, reseed the grass and fix any irrigation systems that were broken during the night, but it's nothing new for the state park. This was the third year Music City Midnight took place at Bicentennial Capitol Mall State Park, and after each year crews have had to repair damage to the grounds, including another rainy New Year's Eve in 2016.

Wooten said those repairs will start with an evaluation that will happen in the coming weeks, but much of the work can't get started until the weather warms up and the ground isn't at risk of freezing, so it will likely be Spring before the restoration work gets started. So he and other officials are urging parkgoers to be patient.

"It's going to look like fair had left or a major event has just been there, so they're just going to have to be patient," Wooten said.

Wooten said he didn't know how much the damages will cost, but he will have a better idea after the evaluations are done. He said this year, like in past years, the Nashville Convention and Visitors Corporation and their Music City Midnight partners will foot the bill for the park restoration.