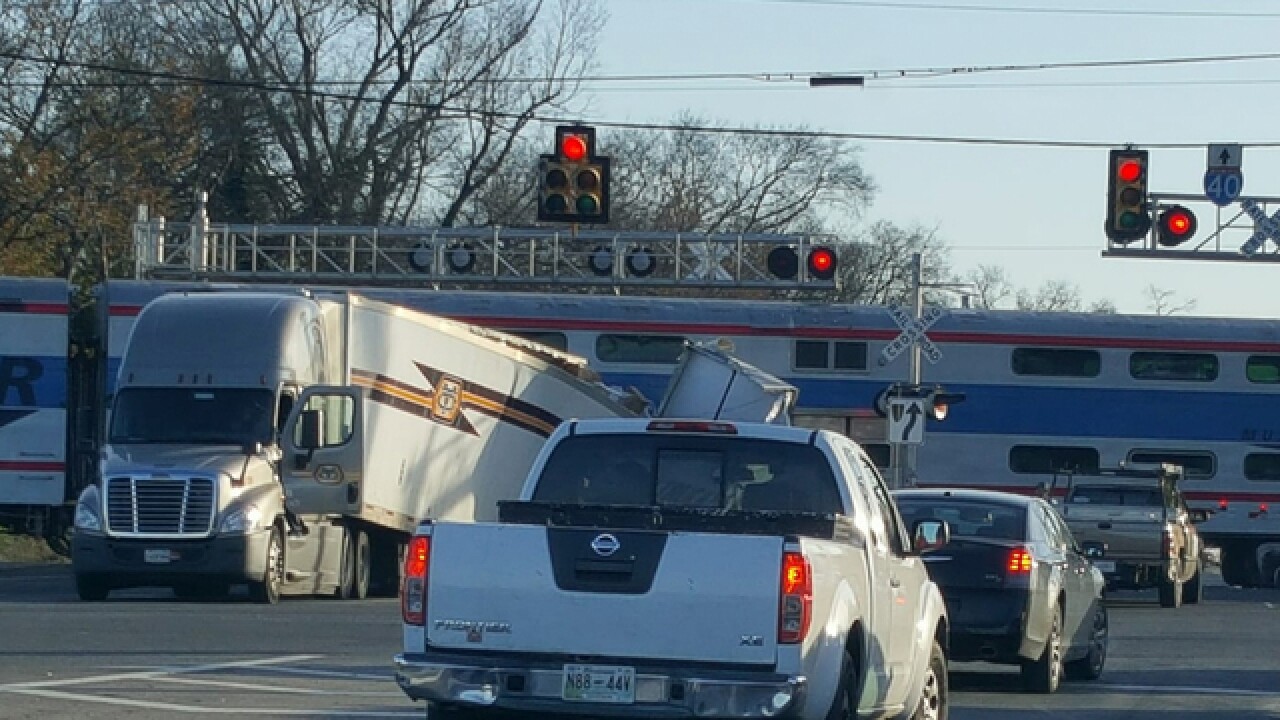 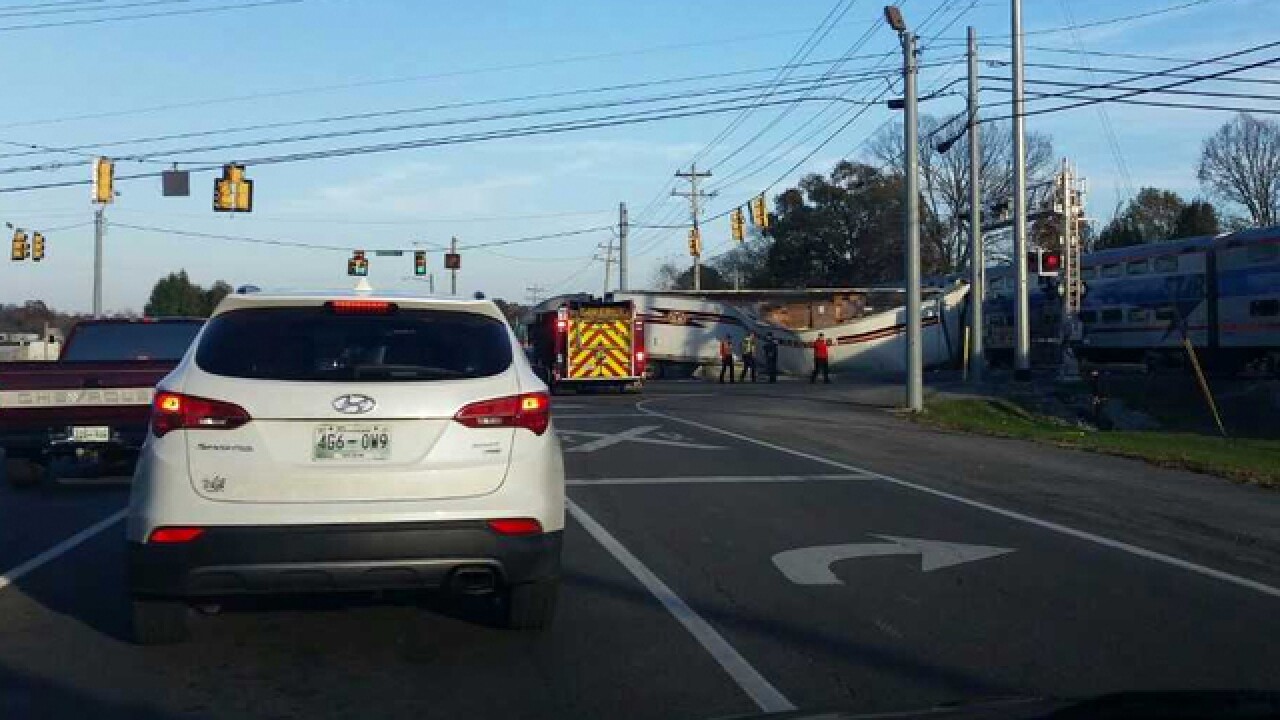 Emergency crews have responded to Lebanon where an incident involving the Music City Star commuter rail and a semi hauling a trailer has stalled traffic.

Witnesses said the commuter train hit the tail end of a semi near the intersection Hartman Drive and W. Baddour Parkway. The incident happened around 3:30 p.m. Friday.

The train was en route to downtown Nashville from Lebanon for afternoon service.

Officials with the Metro Nashville Transit Authority alerted the public about the crash through a tweet.

The train appeared to have collided with a semi truck at a railroad crossing. It was unclear if anyone was injured.

Images from the scene showed significant damage to the trailer being hauled by the semi. The Music City Star was stopped on the tracks while officials investigated. Hartmann Drive was closed in both directions.

Officials with the Regional Transit Authority released the following statement:

"...We apologize for the delay. Our first priority is to ensure the tracks are cleared and that we have a train that can safely transport passengers."

advised anyone traveling to Donelson or Hermitage to take the 6 Lebanon Pike bus, outbound, to get home this afternoon. They would not be charged fare for the trip from Riverfront Station.

Anyone traveling to Mt. Juliet, Martha or Lebanon, will be running one train the will leave at 5:45 p.m. to transport passengers to Wilson County.