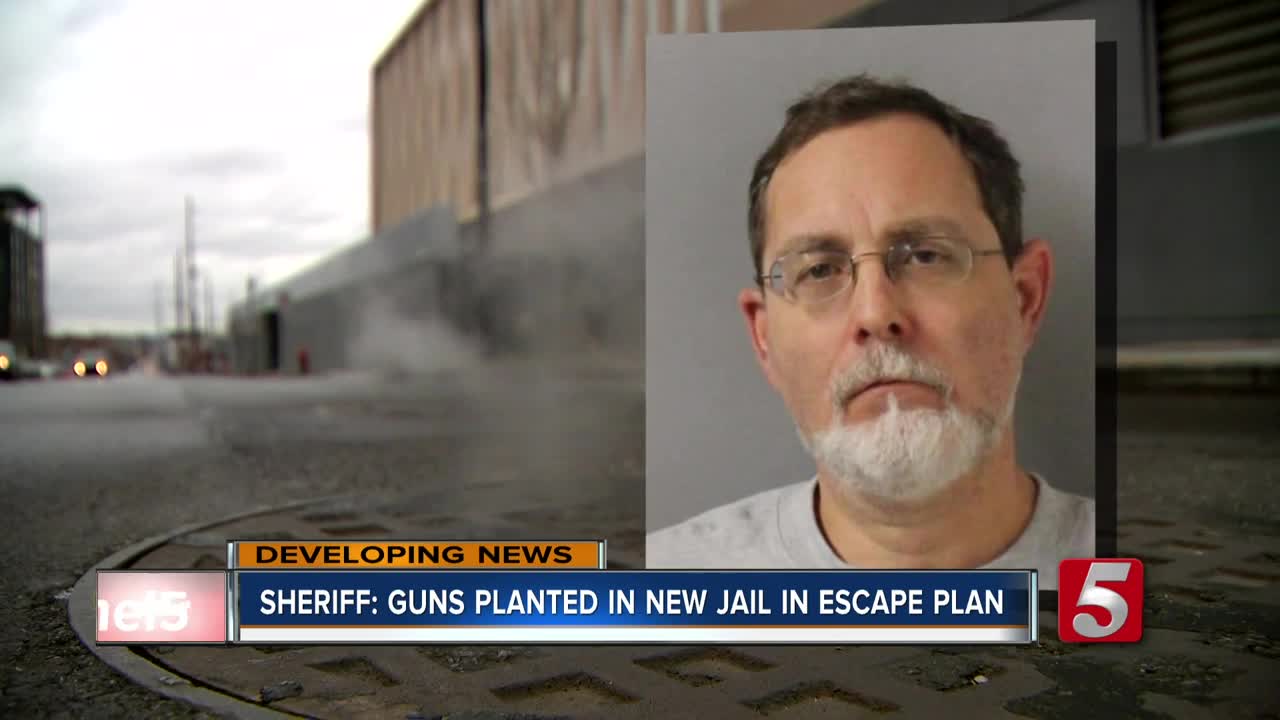 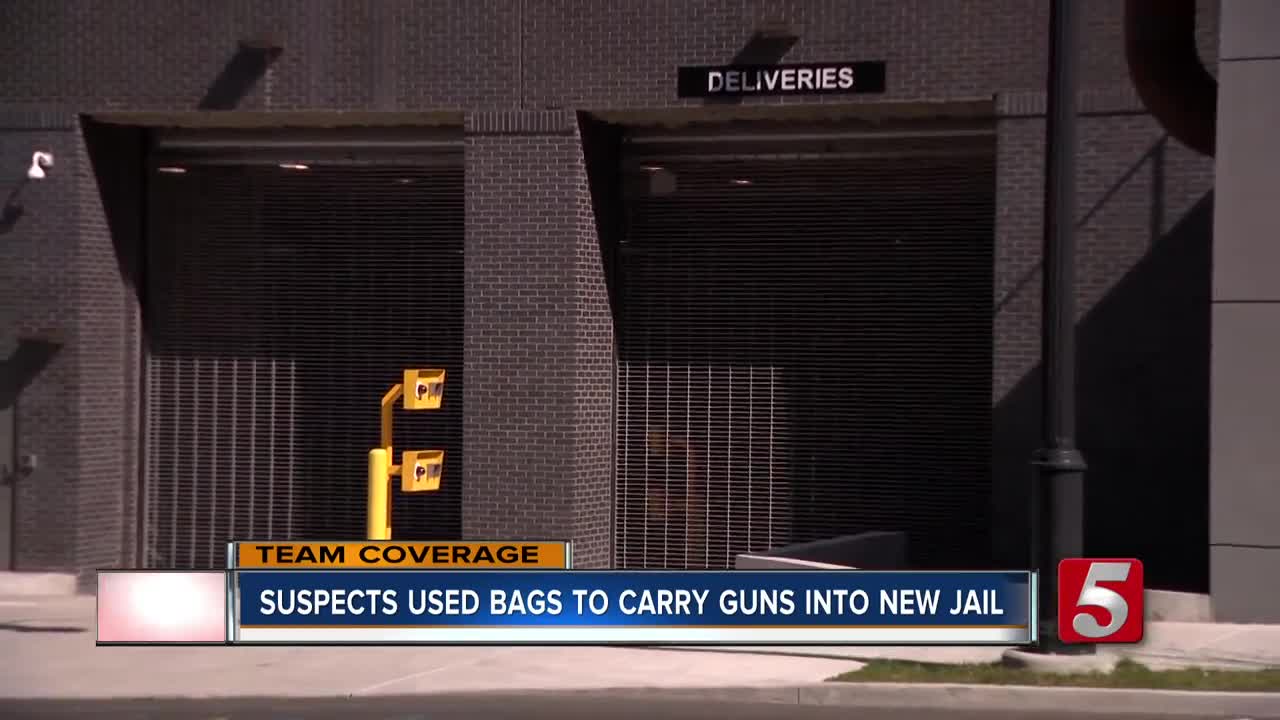 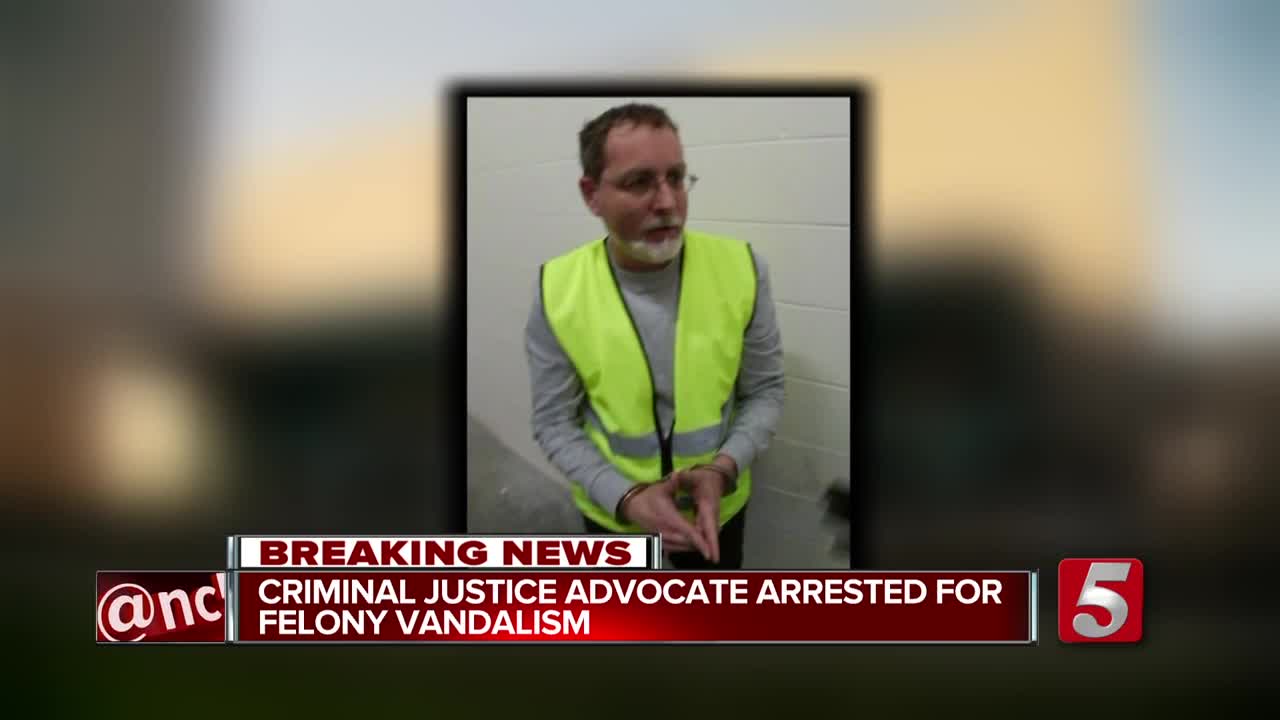 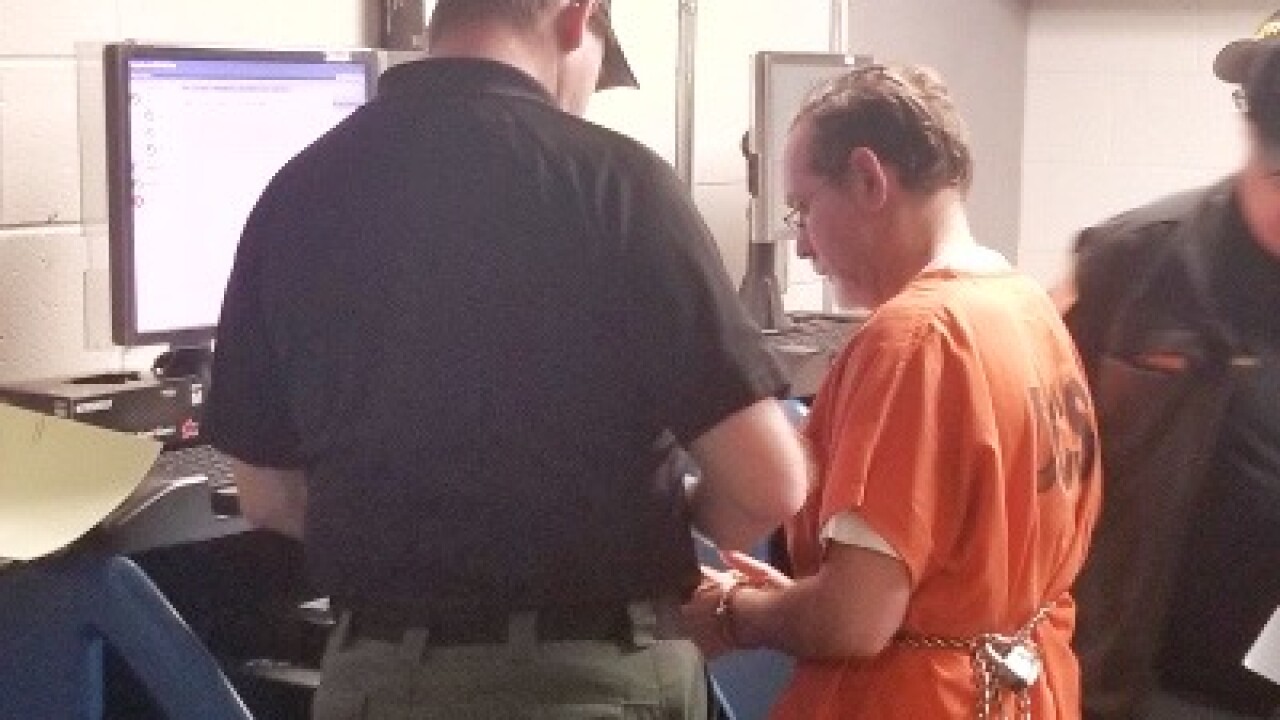 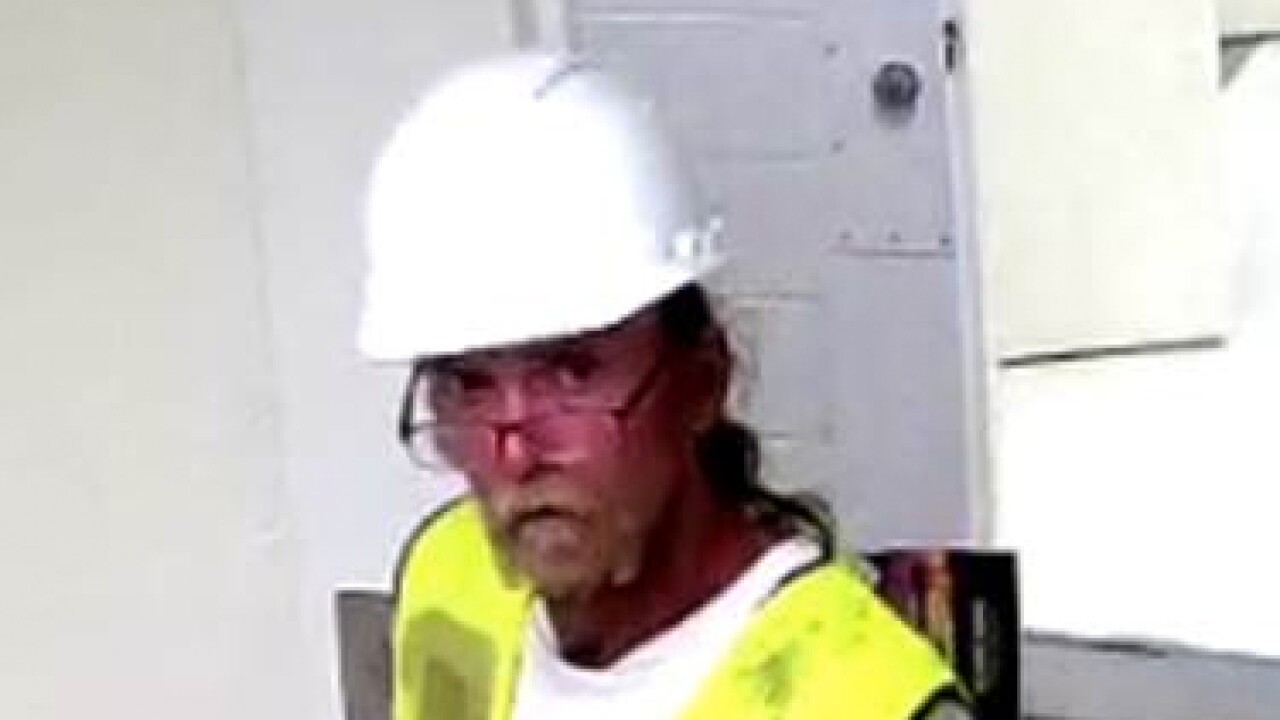 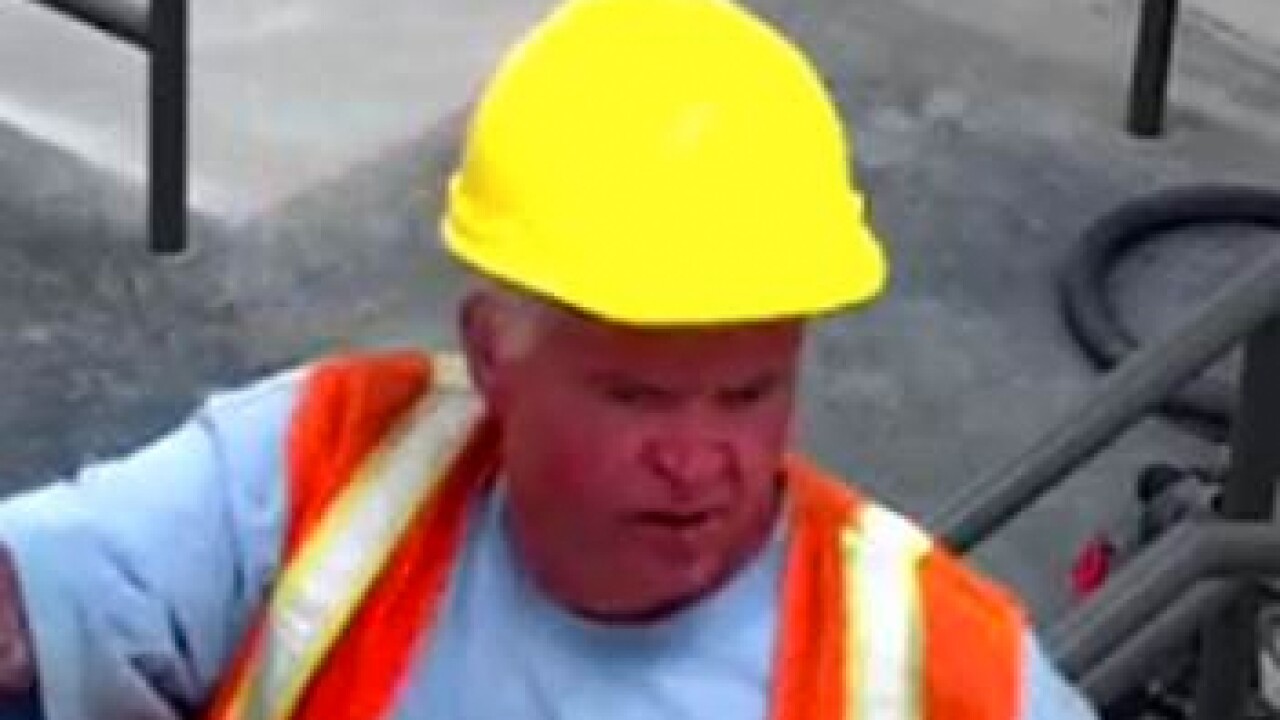 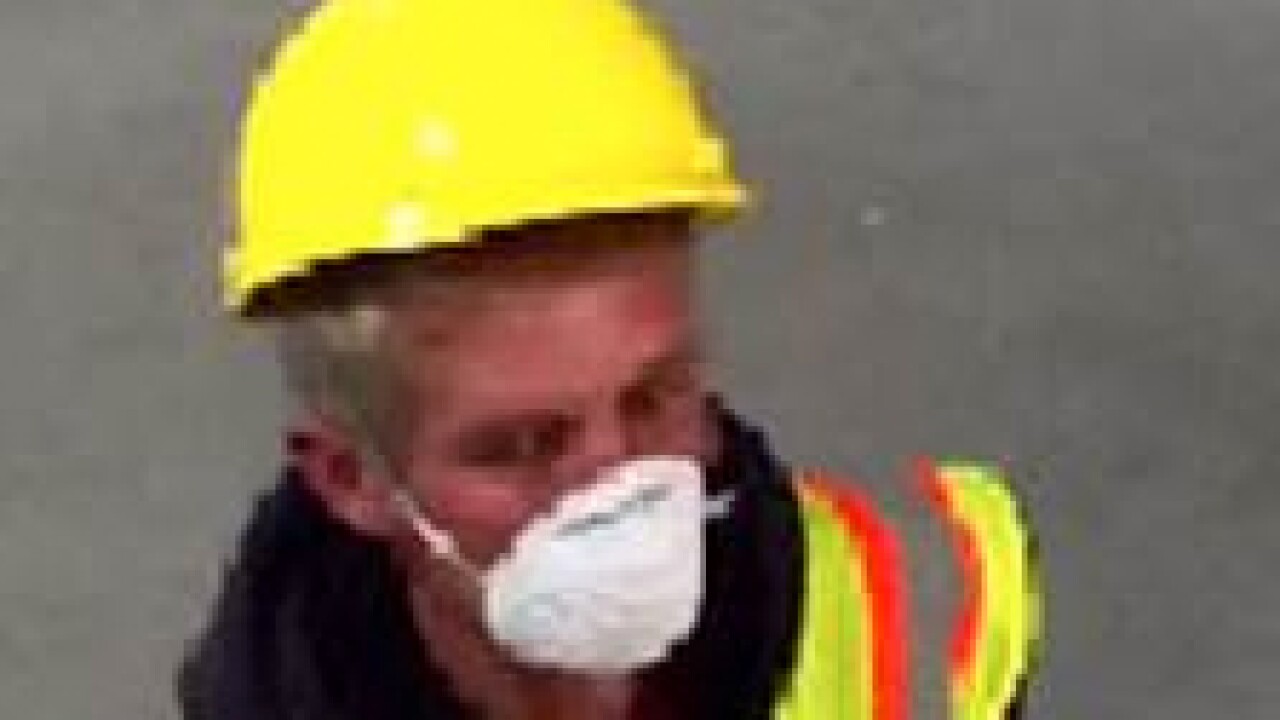 NASHVILLE, Tenn. (WTVF) — A longtime criminal justice advocate is accused of hiding guns in the new detention center as part of what authorities called a massive escape plan.

Read More: Who is Alex Friedmann? A look at the advocate accused of planting guns inside the Metro Jail

Hall previously called it the "most significant security breach in Nashville history."

According to the sheriff’s office, Friedmann was arrested Tuesday night and charged with Class A Felony vandalism. He’s being held on a $2.5 million bond at Riverbend Maximum Security Institution for safekeeping, which is for inmates who have been court-ordered to Tennessee Department of Correction custody.

Hall said the bond is an indication of the seriousness of his actions, adding it was far beyond vandalism.

"This is not spray painted vandalism," Hall said.

During a press conference, Hall said he was most disturbed by the possible loss of life due to the alleged plan.

"He also put every inmate, every visitor and our entire community in jeopardy," Hall said.

Staff working inside the facility do not carry weapons, Hall added.

Friedmann was first arrested in early January and charged with attempted burglary, evidence tampering and possession of burglary tools. Metro Police say a cooler Friedmann carried into the facility contained bolt cutters, a key chit (used as a security measure to identify keys), and a schmeatic document of the building. He was arrested after a sheriff's lieutenant noticed the keys missing, reviewed security video, and then spotted a man in a yellow construction vest and taking the keys.

Friedmann is alleged to have tried to destroy the document by ripping and chewing it after he was detained.

The stolen keys have since been recovered and all 1,800 locks in the new detention center will be replaced.

Hall said Friedmann was caught just a few weeks after his office took occupancy in the facility. Before November, the facility was in the hands of general services for the government and a general contractor.

The new detention center was set to open in April, but in light of the investigation, Hall says it will be delayed.

"This will forever change how correctional facilities are built," Hall said.

According to the Tennessee Bureau of Investigation, Friedmann received a 10-year sentence for assault with intent to commit murder and armed robbery 1991.

"I have been representing Alex Friedmann since his arrest for attempted burglary in January. It is important to clarify that the new vandalism charge stems from alleged conduct arising last year, and not any recent actions occurring after his previous arrest. Mr. Friedmann surrendered himself immediately after being advised of the new charge last night. The keys were returned to the Sheriff’s Office several weeks ago through counsel. I am currently unable to comment on any of the factual allegations. Mr. Friedmann is presumed innocent and will respond through the appropriate legal processes.

Metro Nashville police said they're looking to identify three persons-of-interest who may have been involved in the plot.