Elizabeth Thomas, age 15, has been found safe in northern California more than a month after an Amber Alert was issued. Her alleged abductor, Tad Cummins, was taken into custody.

Elizabeth Thomas, age 15, has been found safe in northern California more than a month after an Amber Alert was issued. Her alleged abductor, Tad Cummins, was taken into custody.

The caller told police they thought they encountered Thomas and Cummins in a cabin in Cecilville, California. They thought they'd possibly been staying there for the last week and a half. 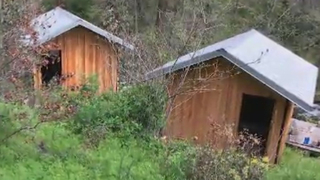 At that point, TBI officials contacted the Siskiyou Co. Sheriff's Office, who had also also received call, and deputies drive two hours to the remote cabin where they found the pair. Cummins reportedly surrendered without incident.

Kat Thomas said Elizabeth is "healthy, not injured and TBI will be bringing her home today."

TBI officials said they were sending a TBI aircraft to pick her up and fly her home. The latest reports stated she was expected to be back in Tennessee on Friday.

While missing, Cummins was charged with kidnapping and a misdemeanor of sexual contact with a minor, but after he was arrested, he was charged with the federal charge of transportation of a minor across state lines to have sexual intercourse.

In the Federal Bureau of Investigation's criminal complaint for the new charge, it states that Cummins bought Cialis and KY jelly before booking a hotel for the two of them. The complaint also goes into detail about the only confirmed sighting of the pair in Oklahoma City, saying a Super 8 employee tipped police off to their location after search the company's registration database.

Gwyn said Cummins is facing a “set of charges that could keep him behind bars for many years.”

“Now it’s time for the prosecution to get to work," said District Attorney Brent Cooper. "Law enforcement still has work to do, and I know they will continue to work to build our case for prosecution. But I’m grateful to say I can now get busy as a prosecutor to do my job and hopefully bring justice in this case.”

They only time both Cummins and Thomas were spotted while missing was on surveillance video at a Walmart in Oklahoma City back on March 15 - despite thousands of tips and multiple possible sightings from across the country.

The TBI issued the Amber Alert more than a month ago after Thomas went missing on March 13.

At the time, agents said they were "extremely concerned" for the teen's well-being and revealed a troubling pattern of behavior by Cummins - who had been a teacher at Culleoka Unit School before his termination for an alleged inappropriate relationship with the teen.

The Thomas family's attorney held a press conference Wednesday afternoon. He spoke for the family saying they were elated to hear the news. 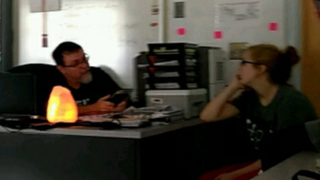 In January, a student reportedly spotted Cummins kissing Thomas in his classroom and was described to be "freaked out" by the incident. He was fired from the school on March 14.

After the two were found in California on Thursday, Maury County Public Schools released the following statement:

"The news of Elizabeth Thomas’ safe return is wonderful news for our community, and now, we can begin healing as a community, school district and as families touched by the AMBER alert. Thanks go to all who have kept the message of finding Elizabeth Thomas and working on her safe return as top-of-mind throughout the nation. The efforts of the Tennessee Bureau of Investigation, Maury County Sheriff’s office, nationwide law enforcement community and media outlets promoting awareness of this case have brought us to this safe conclusion, and Maury County Public Schools wants to thank these many professionals for the good news today. We continue our efforts here with the policy-review task force whose members are focused on developing consistent procedures to assist each school when faced with allegations and investigations. Again, Maury County Public Schools is grateful to everyone who worked tirelessly to bring Elizabeth Thomas home safely. The TBI will be holding a press conference at 3 p.m. CST."

Cummins has been scheduled to appear in court in Sacramento, California on Monday.