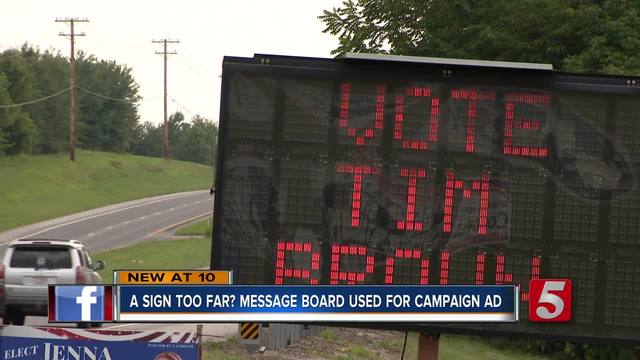 While driving past a construction zone on the highway, you probably wouldn't be surprised to see an electronic warning sign -- a portable message board that can give drivers potentially life-saving information like BRIDGE OUT or ROAD CLOSED AHEAD. 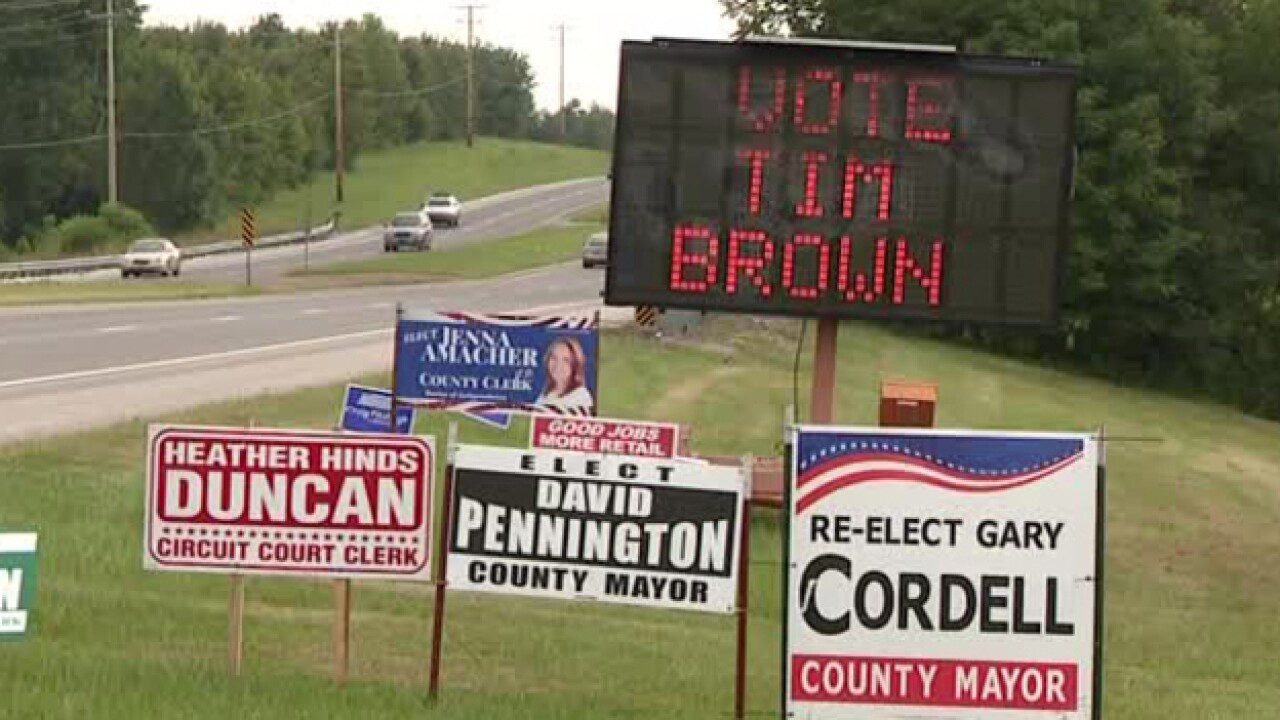 While driving past a construction zone on the highway, you probably wouldn't be surprised to see an electronic warning sign -- a portable message board that can give drivers potentially life-saving information like BRIDGE OUT or ROAD CLOSED AHEAD.

But a candidate for Coffee County Mayor is using two such portable message signs as campaign ads.

They read: "VOTE TIM BROWN... COFFEE COUNTY MAYOR" -- a move that may test the limits of federal traffic rules.

Brown, an independent candidate for Coffee County Mayor, says he decided to use the privately-owned electronic message signs parked along Highway 55 in Manchester after being approached by a friend.

"I just had a friend that had a couple of them, he asked me if I wanted to use them, and I told him yes," Brown said.

Because the electronic signs are typically used by construction crews to warn drivers of upcoming road dangers, Brown's use of the message boards are raising eyebrows.

The Manual on Uniform Traffic Control Devices for Streets and Highways -- a list of regulations from the Federal Highway Administration that outlines the use of all road signs in the U.S. -- says "advertising messages shall not be displayed on changeable message signs or its supports or other equipment."

But whether Brown is violating the federal regulation is unclear: while the sign is clearly meant to be seen by passing drivers, Brown says the sign itself is privately owned, and he says it sits on private property.

Brown says he needs the extra visibility the signs provide because, as an independent, he is running without the backing of either the Democratic or Republican party.

"I'm supporting myself, so I'm fighting not just candidates, but a party on each side," Brown said.  "You've got to be noticed."