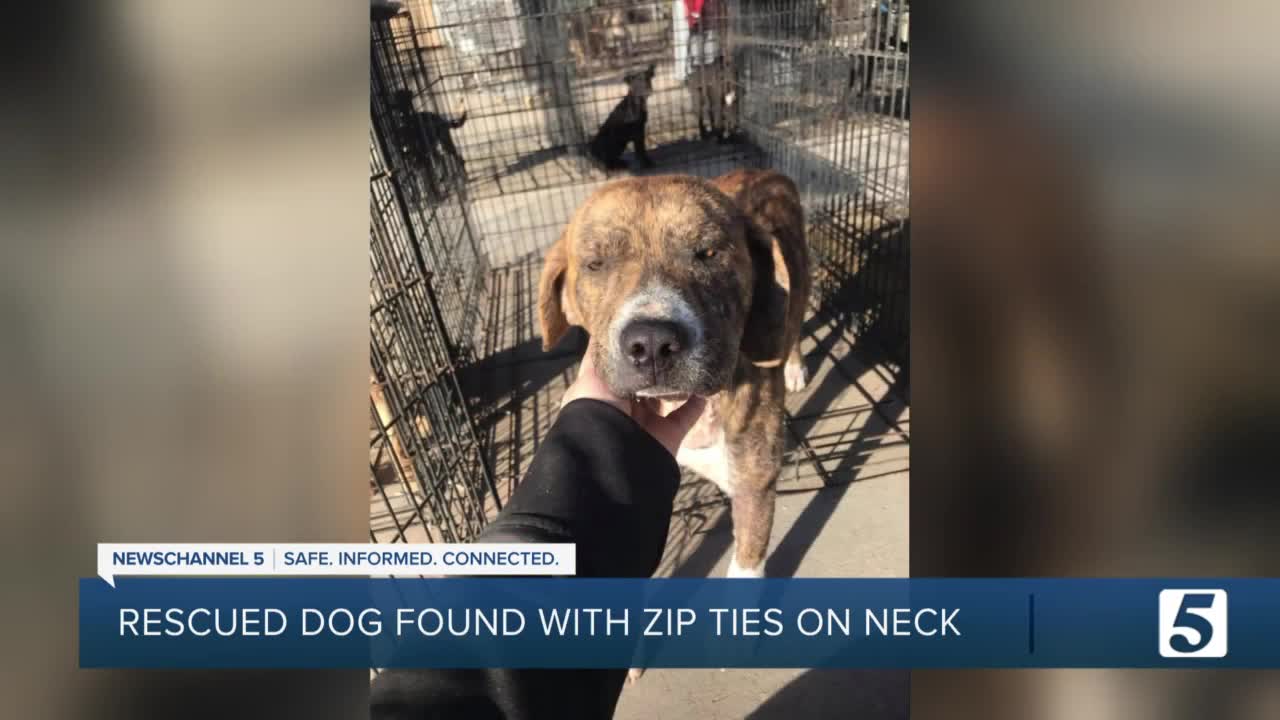 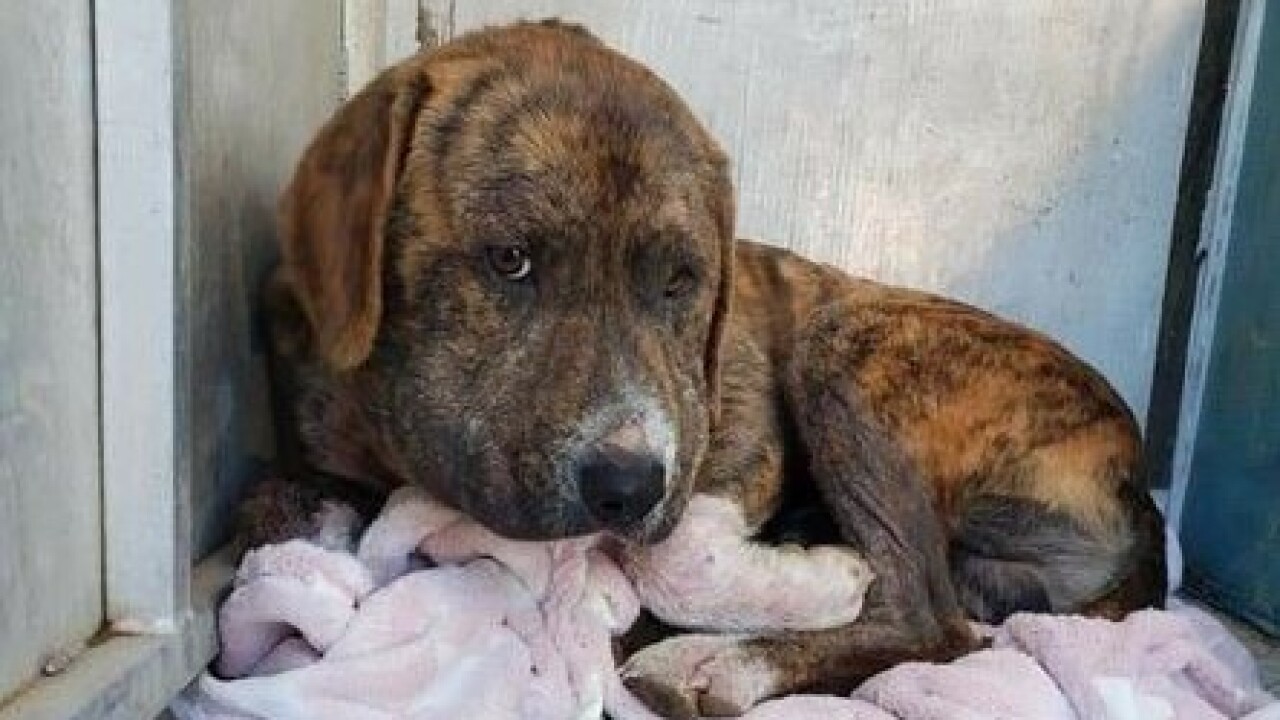 HARDIN COUNTY, Tenn. (WTVF) — A dog was found with multiple zip ties around its neck after being dumped in a rural area of Hardin County, according to the animal services director.

"In this situation, it was purposefully done. The zip ties were pretty fresh and clean, they were put on there and pulled to the max," Sikes said. "As soon as you saw her take the zip ties off you could see the dog gasp for air… just relief."

They decided to name him "Sunny." "We try to check it and patrol as much as we can in that area because it’s a hot spot for dumping, but in this situation, someone that was out there just happened to see it running and call this in," Sikes said.

"This morning the swelling’s completely gone on its face. It’s up and happy, it’s eating, it’s playing with some of our kennel techs, and our animal protection officers, we went back there and checked on him multiple times."

Like many animal rescues and shelters, they’ve been strained for resources during the pandemic. “We are on an extremely tight set budget. The coronavirus has really set us in this year especially when it comes to medical supplies," Sikes said.

As Sunny is being nursed back to health, Sikes said they're also trying to figure out who did this.

"It is under investigation. Right now we’re kind of waiting to see if anybody will come forward and kind of tell us who may have done this and why it was done."

In the meantime, Sunny will be getting lots of love until he's healthy and ready to be adopted. "So he’s living life now, it’s going to take a lot of recovery, and possibly some more surgeries to fix it, but the dog is great, it will make somebody a great pet," Sikes said.

They're asking for donations to the 'Sunny Fund.' Checks can be dropped off at Hardin County Animal Services in Savannah or mailed to 140 Legion Drive Savannah, TN 38372.