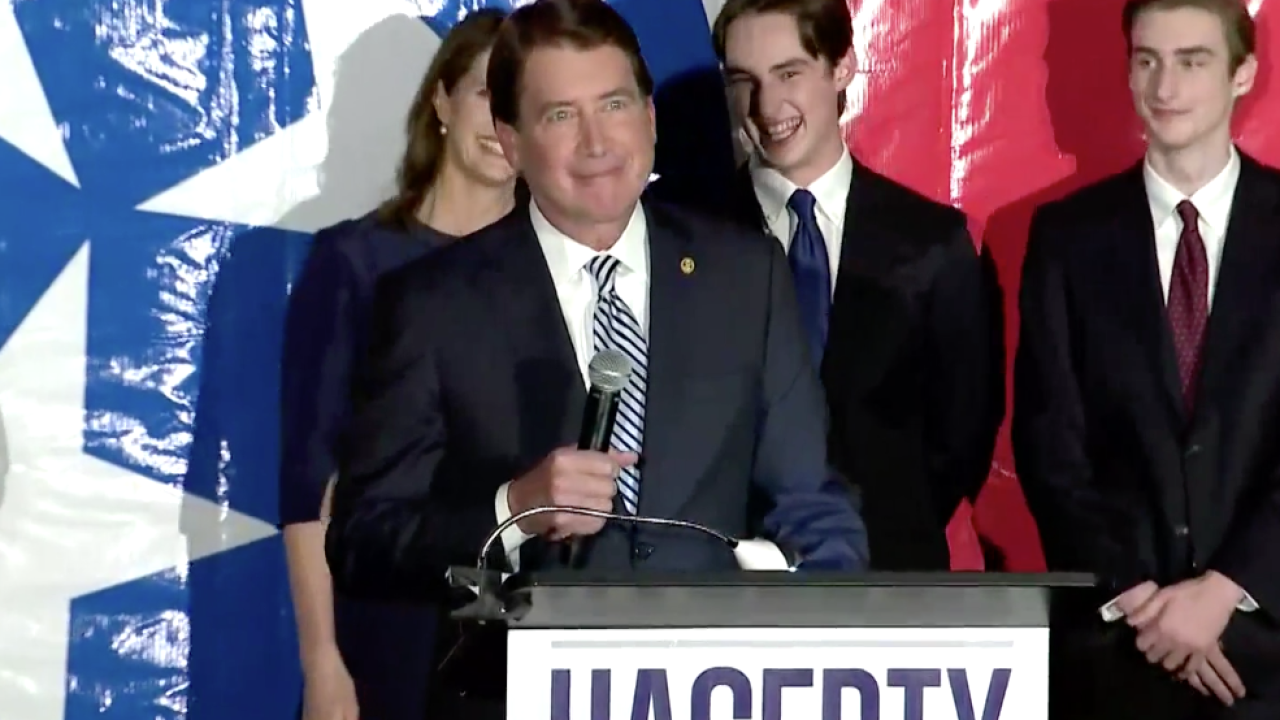 NASHVILLE, Tenn. (WTVF) — Tennessee’s Senator-elect Bill Hagerty has doubled down on his support for President Donald Trump, calling for a “fair and transparent election process” as ballots are still being counted in key states that are still too close to call.

Hagerty released a statement Friday, hours after former Vice President Joe Biden took the lead in Georgia and Pennsylvania, saying “the lack of transparency and irregularities that we’ve seen are a cause of great concern.”

However, despite President Trump’s claims, there has been no evidence of election corruption or system problems in voting or counting.

“I agree with President Trump, we must protect the sanctity of the ballot box. That means every vote legally cast must be counted. We can't allow a lack of transparency to harm our election system. America is the greatest nation in the world, and our citizens should have faith in our electoral process. The lack of transparency and irregularities that we’ve seen are a cause of great concern,” Hagerty said in a statement.

Hagerty and fellow Senator Marsha Blackburn also tweeted out support for the President's claims last night, as well as a link to donate to the President for legal challenges.

"President @realDonaldTrump has always had our backs, and now, we need to have his to make sure every single LEGALLY cast ballot is counted," Blackburn tweeted.

Additionally, the Tennessee Republican Party sent an email to supporters Friday, saying "the Democrats and the mainstream media are desperately trying to manipulate the system in Biden's favor." The Tennessee GOP also included donation links to the RNC and the "Georgia Special Election Fund."

During a news conference Thursday night, President Trump claimed a number of allegations which had no basis in fact. The Associated Press fact-checked the president’s remarks, saying: “Trump has produced no evidence of systemic problems in voting or counting. In fact, the ballot-counting process across the country has been running smoothly for the most part, even with the U.S. in the throes of the coronavirus pandemic.”

On Friday, Senate Majority leader Mitch McConnell did not condemn the president's remarks, but did say there will be a peaceful transfer of power if Biden wins the presidency.