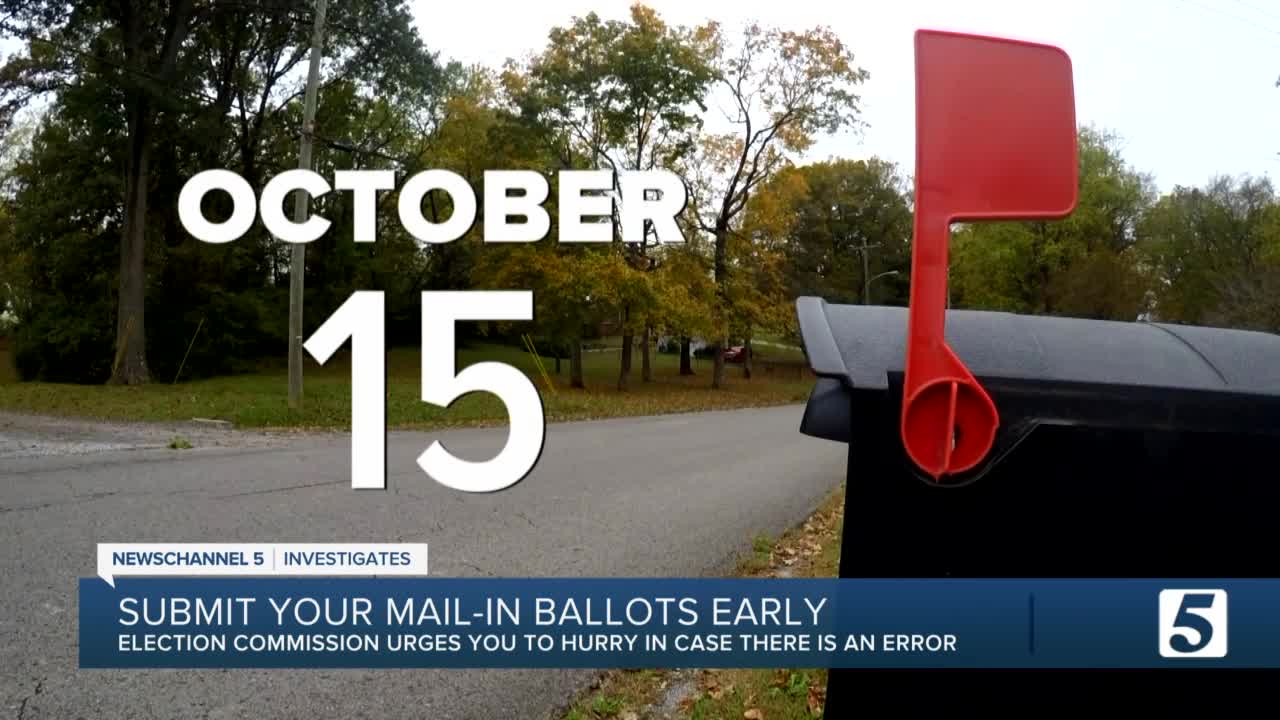 Davidson County woman who voted by mail warns people not to put address labels on the back of Election Commission envelopes. 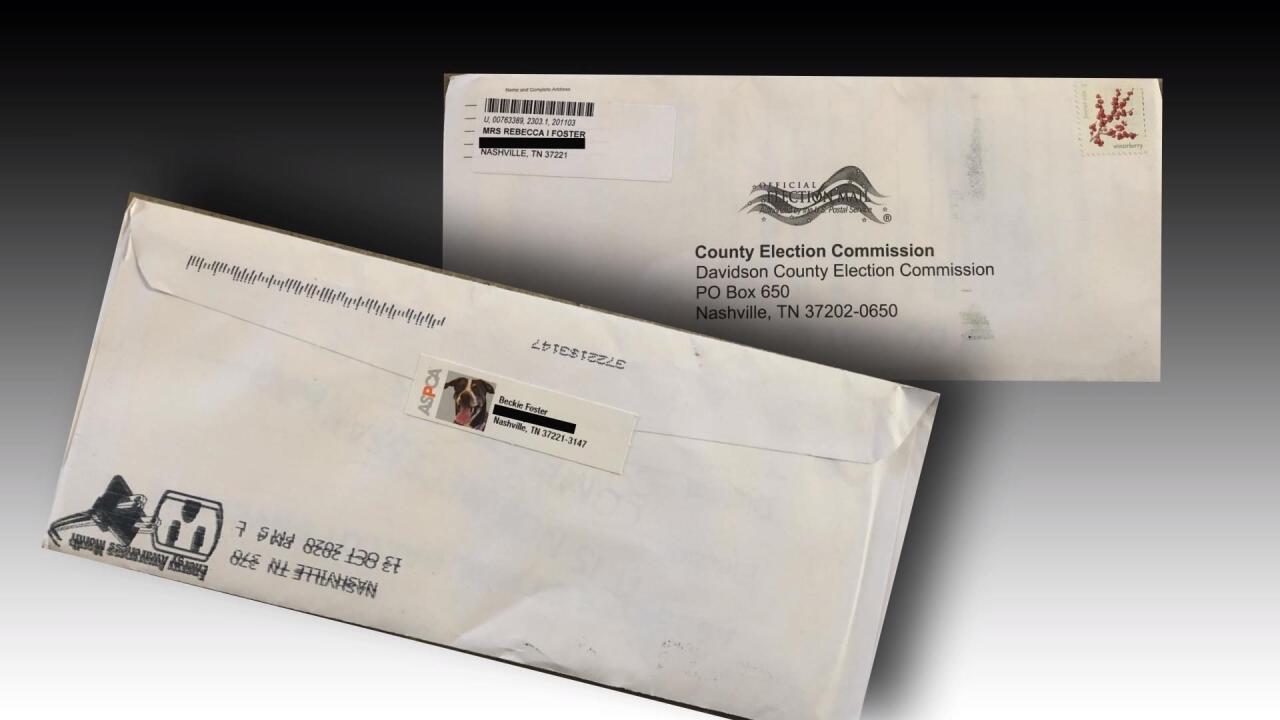 NASHVILLE, Tenn. (WTVF) — A Davidson County woman who voted by mail was surprised when her ballot showed back up in her mailbox a week after she mailed it.

Beckie Foster said she has confidence in mail-in voting, but wanted to share her story to urge people to get their ballots in as quickly as possible.

She also hopes to prevent others from having their ballots mailed back to their homes.

Foster and her husband are over 65 years old and eager to vote.

"We just really didn't want to face the prospect of waiting in a long line to vote," Foster said.

So they requested absentee ballots from the Davidson County Election Commission.

They received the ballots by mail and filled them out.

Foster put on proper postage and took the ballots to a nearby post office on October 8.

"The one thing I wanted to do was deliver it in a slot in our post office because I thought that would help get it on its way," Foster said.

She thought she was done.

But a week later her ballot arrived back in her mailbox.

It was postmarked the 13th, five days after she dropped it off.

And it arrived on the 15th, a week after she mailed it.

"My first thought was 'What kind of trip did my ballot take between the 8th and the 13th before it was returned to me on the 15th,'" Foster said.

She took pictures of the unopened envelope, which was in good condition.

She then called the Davidson County Election Commission which told her to take the envelope to the main post office on Broadway by the Frist Center.

That's where the Election Commission's Post Office Box is located.

"They looked at it and said, 'Well this is the problem,'" Foster said.

She said a postal worker pointed to a return address label that she had put on the back of the envelope as the reason it was mailed back to her house.

She said she put the label on to make sure the envelope stayed closed.

But the postal worker told her the mail sorting machine picked up her return address -- instead of the address on the front of the envelope -- and sent it back to her house.

"Very unusual," said Davidson County's Administrator of Elections Jeff Roberts. "We had a circumstance like that in August. Now you've brought one to my attention for this election."

He said mail-in ballots are arriving in a timely manner.

He said that's more than 80% of the ballots that have been requested, and easily a record for Davidson County.

For mail-in votes to be counted they must be received by the Election Commission by the time the polls close on Election Day.

If you turn your ballot into the main post office on Broadway before the post office closes on Election Day, the ballot will be counted.

If you mail it from your home, and it arrives after 7 p.m. next Tuesday, the ballot will not be counted.

"If I had voted later, my ballot might have reached me too late to get it back in the mail again," Foster said.

Foster wants people to know - don't put a return address label on the ballot envelope - and take it to the main post office downtown if you can.

NewsChannel 5 Investigates asked, "Bottom line do you feel like your vote counted?"

Foster said, "I do, even though we took a bit of a journey in the middle of it."

The Election Commission will not start counting all those mail-in ballots until 7 a.m. on Election Day.

We learned about Foster's story with help from ProPublica's Electionland Project which is monitoring voting concerns.