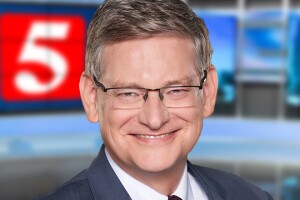 Ben Hall is a veteran reporter at NewsChannel 5. He has covered the state legislature, presidential campaigns and is presently part of NewsChannel 5's award-winning investigative unit.

Ben's work has been recognized nationally with the prestigious George Foster Peabody Award. He has also four National Headliner Awards and two Regional Murrow Awards. His stories on the political power of the coal industry in the state legislature and on pain clinics in Tennessee, have earned him Associated Press Awards for Enterprise Reporting.

Ben has also won 13 regional Emmy Awards for a wide variety of stories. One of his favorite assignments involved traveling to Africa to cover a Nashville church that set up an orphanage to help children whose parents died of AIDS. Another memorable Emmy involved "breaking news." He reported "live" from inside the state capitol on the day income tax protestors surrounded the building.

Aside from his reporting duties, Ben is also host of OpenLine and Issues of Faith on NewsChannel 5 Plus. OpenLine is a nightly, live, current events based, talk show. Guests include Nashville's mayor, state lawmakers and other news makers. Issues of Faith focuses on the religious community. It is an opportunity for religious leaders to discuss issues in a format that allows intelligent and in-depth conversation.

Ben knew at a young age he wanted to be a reporter.

By his sophomore year in college, Ben was interning at the CBS News Bureau in Atlanta, Georgia where he worked as a page for CBS News legend Eric Sevareid. He worked at two political conventions, and went on to work for CBS News in New York on the Foreign Desk during the summer of his junior year. Ben graduated from the University of Nebraska Journalism School and was named the university's outstanding broadcast news graduate.Ben'sst job was as a "one-man band" at KFVS-TV in Cape Girardeau, Missouri. Ben was the photographer and reporter in the station's Carbondale, Illinois, bureau. He spent three years at KFVS before accepting the reporting job in Nashville.

Ben's interests include playing tennis, going to movies and traveling. He spent part of his junior year studying at the University of Aberdeen in Aberdeen, Scotland. He has traveled to the Amazon, been diving with great white sharks near Guadelope Island in the Pacific Ocean and visited Costa Rica.

Ben and his wife have two children. Both are big fans of the NewsChannel 5 Network.