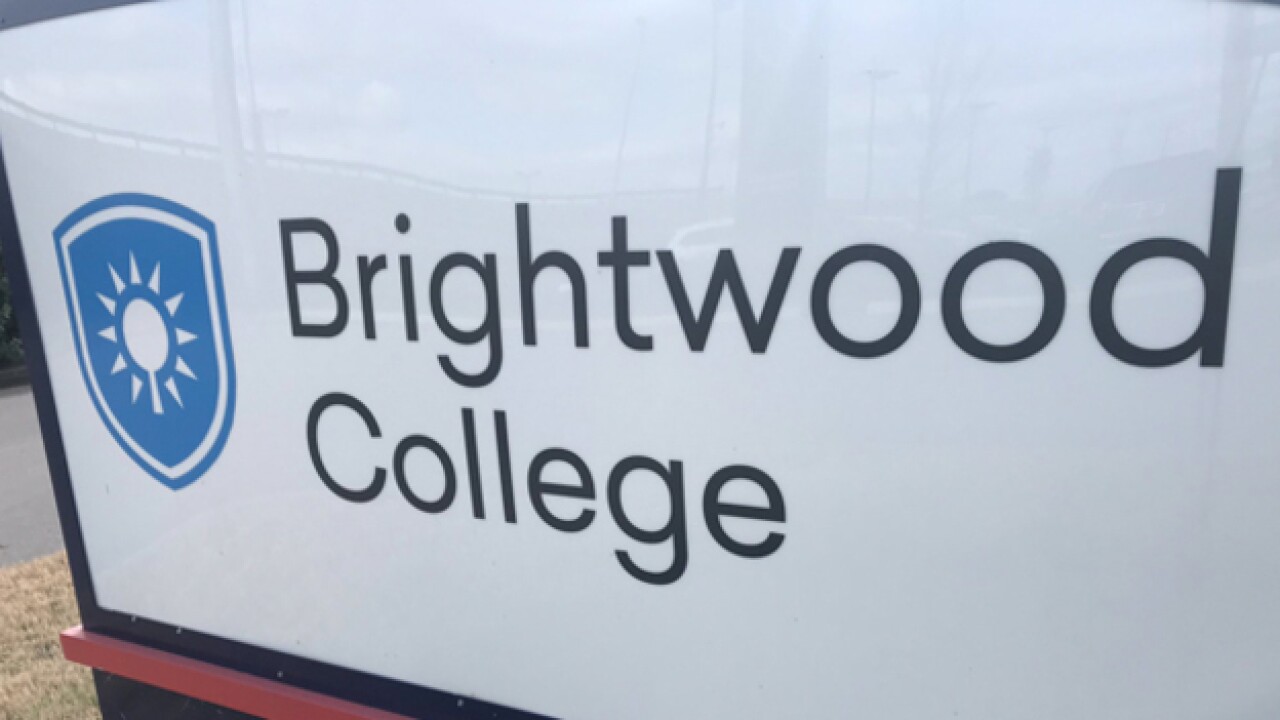 Students of the now defunct Brightwood College sought answers a day after the for-profit school went belly up.

The college's overarching parent company, Education Corporation of America, went out of business after investors dropped out and ECA lost its accreditation.

Wednesday, students were told all classes were canceled and tuition would not be reimbursed as well as they would not receive any degrees. Some students, like Maya Glenn, were just weeks from graduation.

"I put in over $10,000 to come here and to go to another school with no transcript except a piece of paper is upsetting because my dad is paying out of pocket for me to come here," said Glenn.

With few options suggested to her, Glenn is considering moving to another school. However, she doesn't know which ones will accept her credits.

"I am so emotional right now to where I can't even think straight. We have to find something else to do besides being a medical assistant," she said.

There are some options students can look into.

According to student loan lawyer and expert Joshua Cohen, some students with federal loans could apply for a loan discharge.

"They can apply for the closed school discharge and any federal student loans from that particular school will be discharged. They'll be canceled, voided, gone. They're no longer liable for it," said Cohen.

A discharge is applicable when a loan loses its value for the student as the result of something out of their control.

"The hope with that is, if they decide to enroll somewhere in community college or somewhere else, they'll have available federal funds again as if they'd never gone to school in the first place," said Cohen.

Cohen runs his practice out of West Dover, VT, but teaches seminars about student loan law across the country. He said perhaps the first option students should look into is transferring their credits.

"The first question is, are any of their credits transferable to other local schools. If they are, then they don't necessarily lose out. They can transfer those credits and move on. However, I find in most cases, credits from for profit schools aren't easily transferable if at all," said Cohen.

He also said he takes issue with for profit schools because they have an incentive to pass all of their students.

A number of colleges have reached out following news of Brightwood's closure. Both Western Governor's University Tennessee and Nashville State Community College said they would work with students on a case-by-case basis.

Also, Brightwood students are encouraged to visit Tennessee Higher Education Commission's website where a list of useful information about what to do next was posted.

Cohen said it's likely a class action lawsuit will be filed on behalf of former Brightwood students.

More than 70 colleges across the country were closed down after ECA started having financial problems.