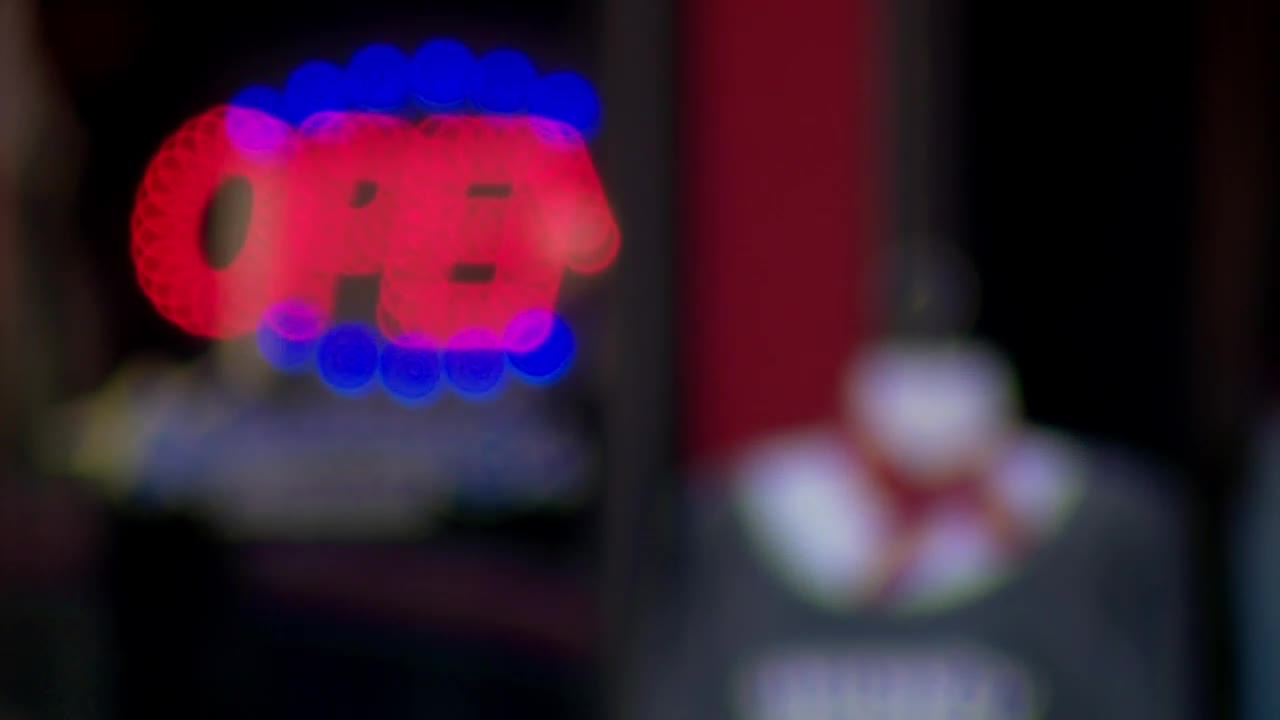 Laura Murphy posted a photo with her husband on Facebook with a lengthy caption that has gone viral. She claims her husband wasn't allowed inside Jason Aldean's Kitchen and Rooftop bar because the color of his skin. Their story has now been shared on social media by more than 14,000 people as of Sunday night. 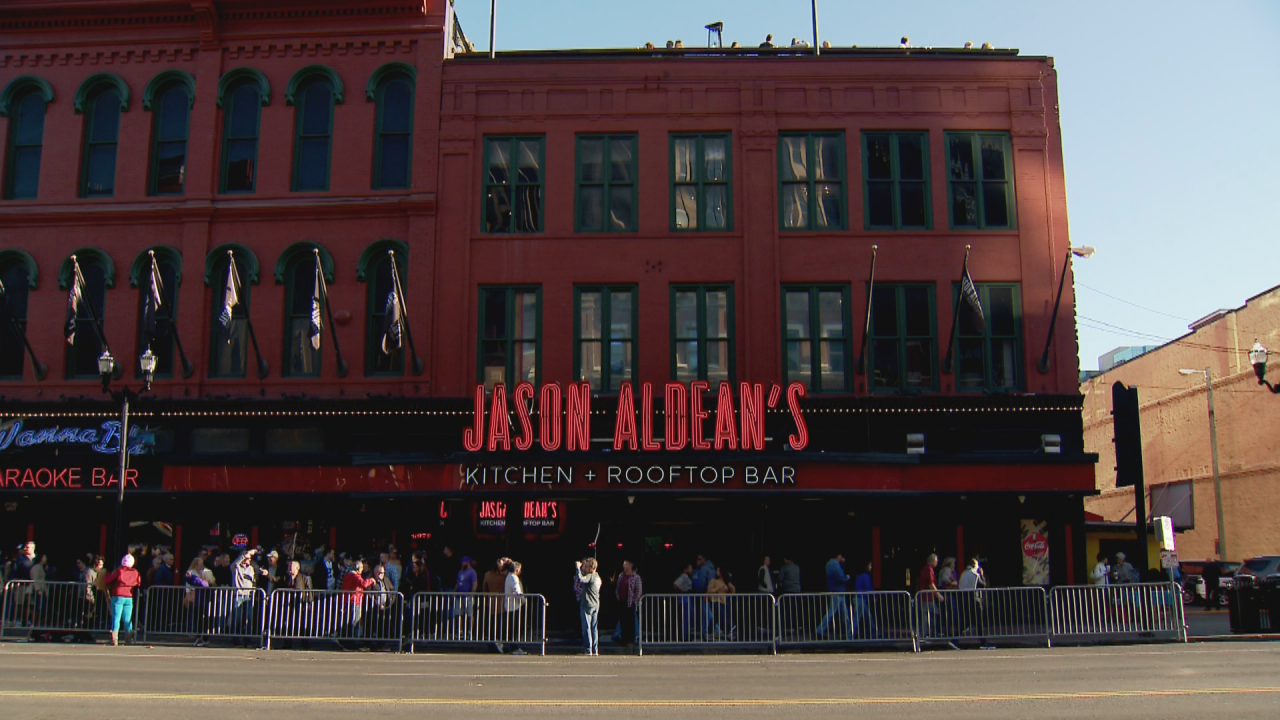 NASHVILLE, Tenn. (WTVF) — Laura Murphy posted a photo with her husband on Facebook with a lengthy caption that has gone viral. She claims her husband wasn't allowed inside Jason Aldean's Kitchen and Rooftop bar because the color of his skin. Their story has now been shared on social media by more than 14,000 people as of Sunday night.

In the post, Murphy says that she was visiting Nashville this weekend with her husband and some friends. On Friday, around midnight they said they decided to walk over to Jason Aldean’s Kitchen and Rooftop Bar. Murphy, who is white, says her husband, who is black, was stopped by the bouncer and told he couldn't go inside because he was wearing a hoodie.

Murphy goes on to say in the post that she noticed a number of white people exiting the bar with hoodies on. When they questioned the bouncer's decision again, Murphy claims the bouncer said that they were radioing down to him telling him he couldn’t let them enter. Racism is why Murphy believes they were turned away.

Since she shared the story online, the post has garnered more than 6,000 comments.

Our post about our experience at Jason Aldean’s Kitchen and Rooftop Bar from this past weekend has garnered more attention than we ever imagined. We are thankful for everyone who has reached out to us to offer support, and are saddened that others have shared experiences similar to ours from all around our country. We were in Nashville for two nights, and outside of this incident, we were able to have an amazing trip and meet some great people. As updated on Sunday, the owner of the third-party security company did reach out to us directly and acknowledged and apologized for the incident. He believes that this was a misunderstanding, stating that hoodies were banned for employees, but that there was no dress code in place banning them for patrons. At some point, that was miscommunicated between staff. It has not been clarified why some patrons were turned away because of them, and others were allowed to enter. We are disappointed that we have yet to hear from TC Restaurant Group, and are willing to discuss this incident and the details surrounding it with them. They do have our contact information. We are hopeful that by sharing our experience, that we can bring light to incidents like ours happening not only in this establishment, but in others around the country as well. Our wish is that some good comes from this very bad experience.

NewsChannel 5 reached out to the restaurant's leadership team on the incident and they said, "We strive to be one of the most welcoming establishments in Nashville and are horrified by these reports. Our leadership team is investigating this situation and will take action should we find that any of our employees or third-party security contractors violated our policies. We appreciate those who have brought this to our attention."

Murphy has updated her post saying that someone from the restaurant's security service reached out to apologize, admitting hoodies are allowed in the restaurant. Regardless, Murphy writes that the incident is a good reminder that we need to be more accepting and kind to one another.

"This weekend we came to Nashville with some of our friends. Last night we went out to Broadway. It was around 37 degrees outside. We went to a few places and had a lot of fun. Around midnight we decided to walk over to Jason Aldean’s Kitchen and Rooftop Bar. There was a pretty long line to get in, so we waited. When we got to the front, our ID’s were checked and we started to walk up the stairs. My husband, who is black, was first in line and was stopped by a bouncer and told he couldn’t come in because he was wearing a hoodie. He asked if he could just take it off, and was told no that he had to leave. As he walked down the other side of the stairs and the rest of us followed, there were three other black men at the bottom watching people enter. These three had all also been turned away because of some dress code violation. Not all of them were in hoodies so I’m not sure what they violated. I’ve searched their website and have yet to find a dress code policy, nor was one posted outside. We were in a group of five, the other four of us being white. We all walked back down the stairs, mostly dumbfounded, but as we turned around we noticed numerous people coming out of the bar with hoodies on. They all were white. We asked them if they were asked to leave and they all said no, they had been there for hours. We also watched two white men be allowed to enter by removing their hoodies. Of course, we all were angry at this point and tried to ask the bouncer why these other men could remove their hoodies, and why we’d seen multiple men coming out wearing them. Of course we knew why. But nobody would say it. The bouncer just said that they were radioing down to him telling him he couldn’t let them enter. He did call a manager, who only escalated the situation so much so that when she ran after one of our friends screaming, her own associates were yelling at her that she was going to lose her job. We walked to another bar, and had zero problems the rest of the night because of the threatening hoodie and black skin of my husband.

Now. I’ve been with my husband for almost 20 years. We’ve sat in restaurants and never been waited on, we’ve experienced passive racism in our daily lives. But NEVER in my life have I seen such an outwardly blatant display of racism in person. People live this every day because they happen to have black skin. It’s easy for those of us without the daily reminder to walk around oblivious to the behaviors of others. This world needs to change, and without telling stories like this, we send the message that this is OK. It most definitely is not.

I’m making this post public and asking you to share it. If you’re ever in Nashville, I’d just ask that you do not patronize Jason Aldean’s Kitchen and Rooftop Bar. There are so many fun places here, who welcome people of all skin tones. Just enjoy yourselves and be kind.

I’ve included a pic of me and my very threatening black husband in his hoodie from last night.

Update: Wow. Thank you all for your comments and shares. Someone has reached out to me and asked for my contact info.

Update again: I did want to update and let everyone know that I just received a call from their 3rd party security service owner, who apologized for the situation and acknowledged the incident. He did say that he’s taking care of it with his associates. He himself is a black man married to a white woman, and completely understood the situation. He was very cordial, and I’m confident that he will do everything in his power to make sure this doesn’t happen again. I hope some change takes place and nobody else experiences this at this restaurant/bar or others in Nashville. Other than this incident, we had an amazing trip to Nashville. I appreciate them taking the time to call me and talk about it.

For the record, he believes this was a miscommunication between staff members and that hoodies ARE allowed in the restaurant/bar."