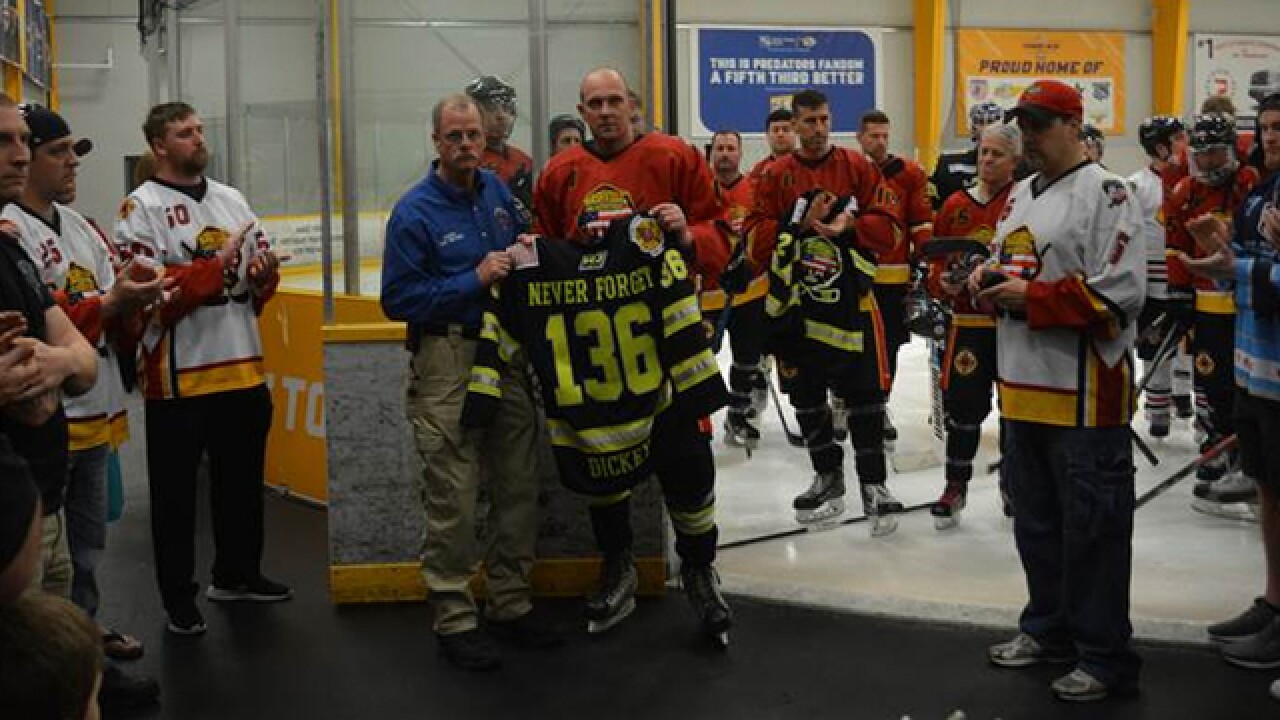 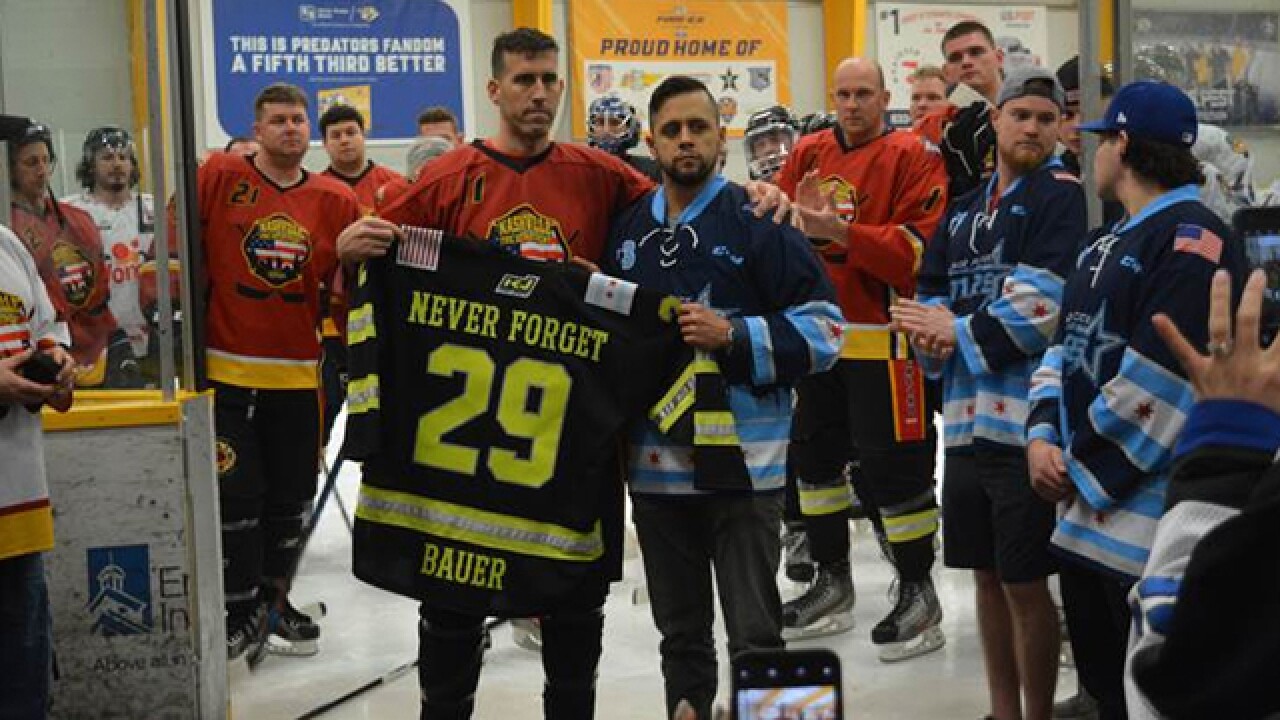 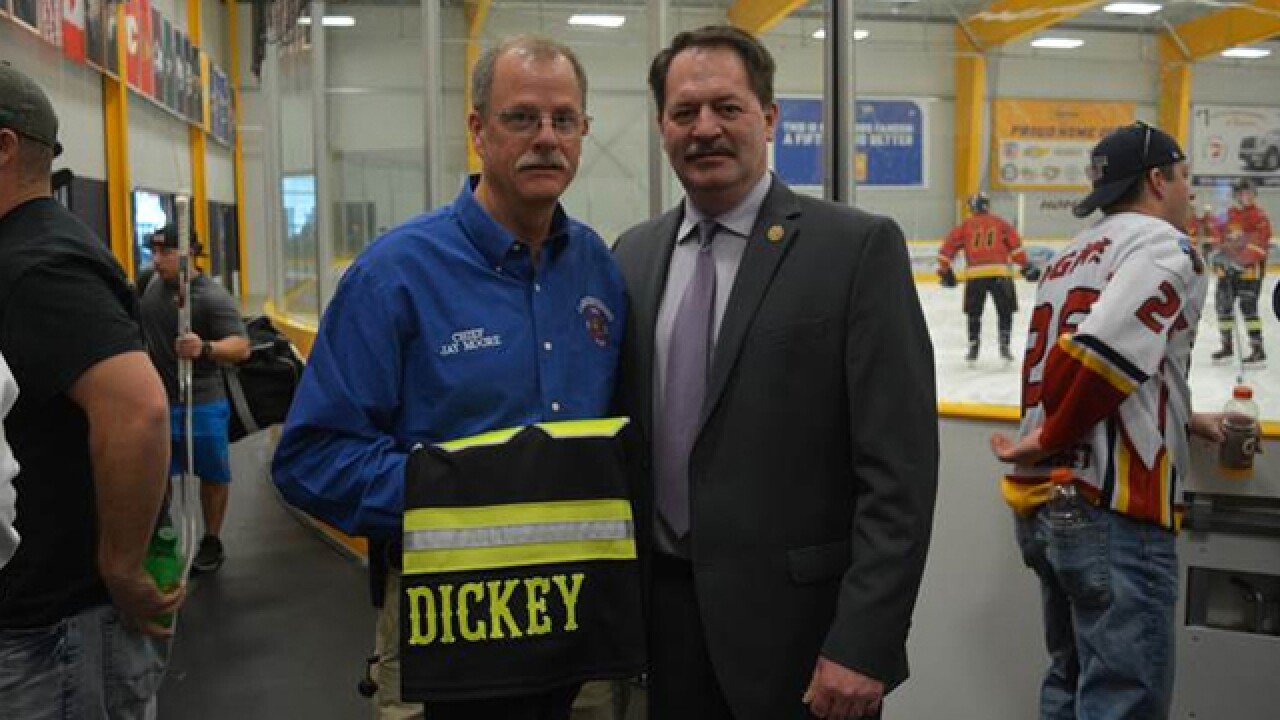 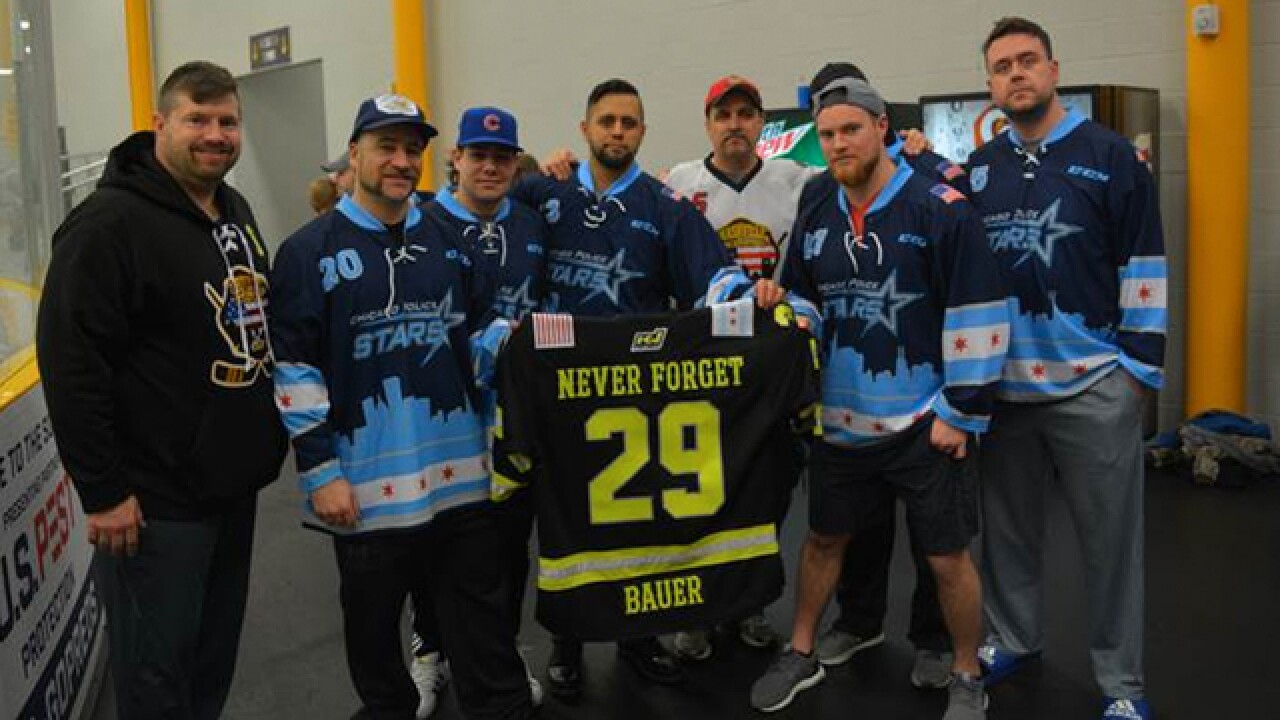 A little friendly, fun competition for charity also held moments of intense love and importance for firefighters and police officers.

The Heroes Cup tournament has been underway at Ford Ice Center, and hockey teams comprised of firefighters and police officers from all around the country have come to town to participate.

However, there were a few special events that took place during the tournament on Friday that showed how the teams may be separate and from different locations, but they’re still one big family.

The NFD Hockey Team's jersey for Dickey was specially made and customized with Dickey’s name.

Dickey was killed in the line of duty while fighting a massive house fire in Lawrenceburg on February 12. He was 38 years old. Dickey is survived by his wife, three children, and a baby due in the coming days.

The presentation was made by NFD Hockey Team Captain Scott Wrenn.

Commander Bauer died in the line of duty on February 13 in Chicago. He was 53 years old. Bauer is survived by his wife and daughter.

The NFD Hockey Team presented the jersey to Chicago’s team. The jersey will return to Chicago to be presented to Bauer’s wife and family.

All of the teams from across the nation have been battling to raise money for various charities. The winners of each division will receive money that can be donated to any charity of their choice.

“Our hockey team plays to Never Forget,” NFD Hockey Team Captain Wrenn said. “We play to recognize Firefighters that were murdered on 9/11. Each player represents Fire Companies of the FDNY that gave the ultimate sacrifice that day. We also skate to remember our other fallen brothers and sisters.”

The Heroes Cup has been scheduled to continue through Sunday in Antioch.