Family Involved In I-65 Wreck Looking For Missing Cat

While a family involved in a crash on Interstate 65 South in Maury County recovered from their injuries, they asked for help in the search for their cat that was lost in the crash.

While a family involved in a crash on Interstate 65 South in Maury County recovered from their injuries, they asked for help in the search for their cat that was lost in the crash.

Their 15-passenger van flipped three times after running into a pickup truck idle on the side of the road after it ran out of gas.

"Tried to swerve and miss and struck him," Butch Snyder, the father of the teenager driver said of what happened on Sunday. "By all rights, they should not be alive, but everybody was wearing seatbelts because that's what we do. Booster seats for the little kids, and we're very strong in our faith, and I believe that they were held there."

Snyder was in Ohio during the accident and drove down to Tennessee as soon as he heard the news. The mother of the family was driving down to visit family in Alabama with 9 of their children aged 8 to 17-years-old.

All of the people in the accident were transported to area hospitals, including the driver of the pickup truck that had ran out of gas, and traffic was backed up for miles as the road was closed for two hours.

The mother of the family is still in the hospital with a leg injury, but all of the children have been released and are heading back home to Ohio.

"Minus some cuts and bruises and scrapes, they're all fine," Snyder said.

In all of the commotion of the accident, the family cat named "Venus" got loose and ran away from the family.

"If there's anyway we can get that cat back, it would be fantastic," Snyder said.

Snyder continued to say that the family, especially the kids, are hoping that someone in Maury County or the surrounding areas have seen the cat and can return it to the family in this rough time, because in hard times, families need to stick together, and for this family, Venus the cat is one of them.

Venus is pictured on the left. 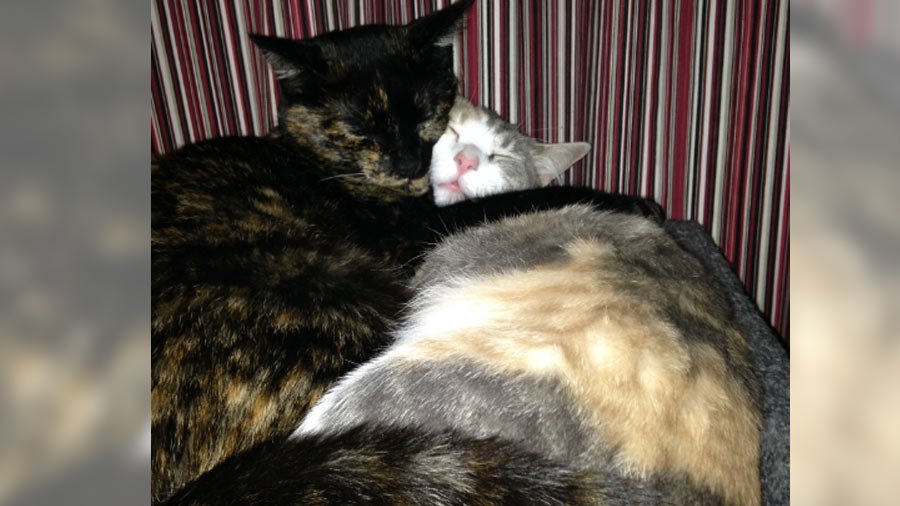 If you've seen the cat, you're asked to contact police, or NewsChannel 5's Jesse Knutson at jesse.knutson@newschannel5.com.