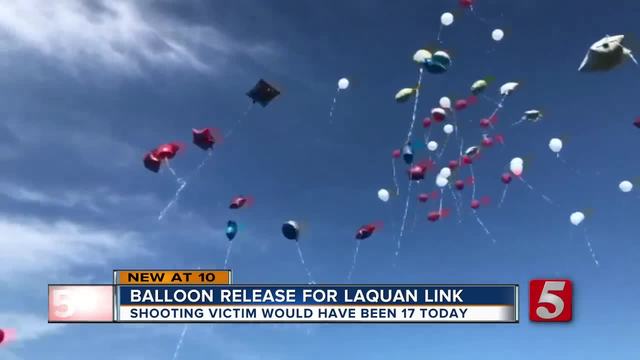 Family and friends held a balloon release Wednesday night for a Hunters Lane High School student who was shot and killed in front of his home in Nashville. 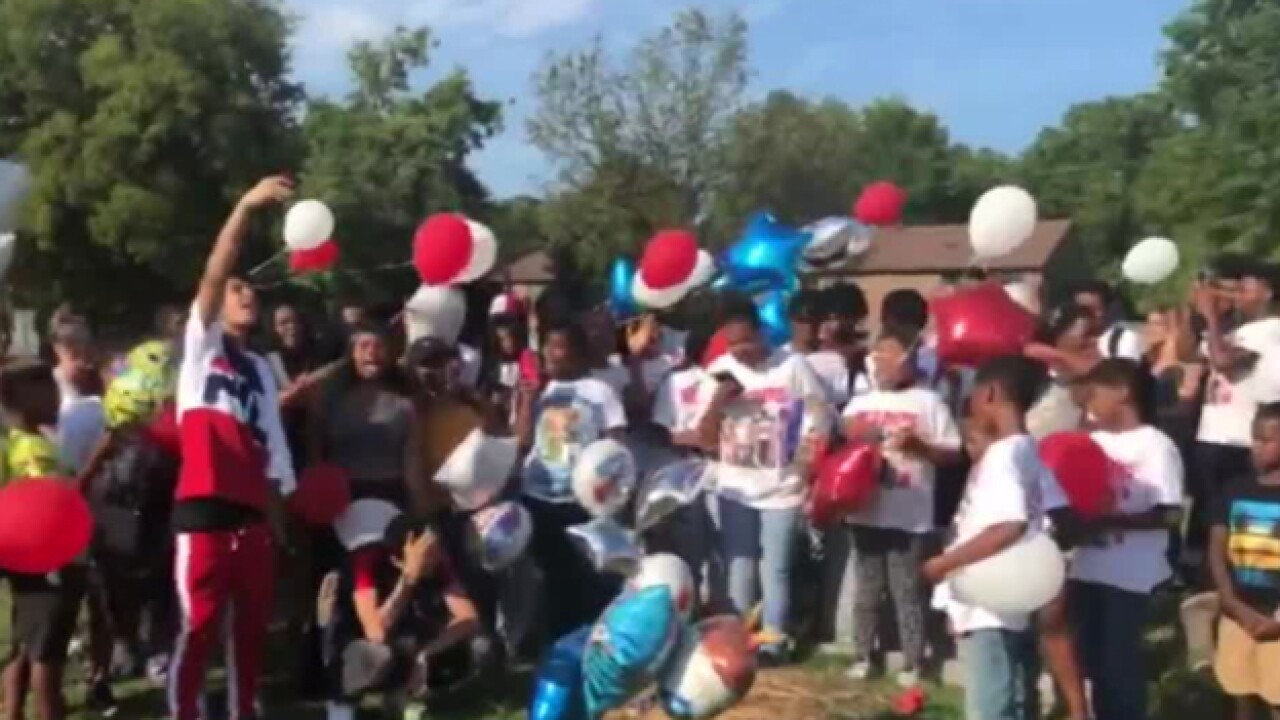 Family and friends held a balloon release Wednesday night for a Hunters Lane High School student who was shot and killed in front of his home in Nashville.

According to an affidavit, on June 14, the victim, La'Quan Link, approached a vehicle and was struck when at least two shots were fired from the vehicle.

Link would have turned 17-years-old August 8th. Instead, family and friends went to the Gallatin Cemetery located at 250 Cemetery Ave to remember him and his birthday.

At the time of the shooting, officials said 18-year-old Oshae Stewart and 15-year-old Treyvon Palmer were alleged to have been in the vehicle when shots were fired at Link before the vehicle drove away.

Link's family had previously said they are continuing to grieve with his loss.

"We lost a brother, we lost a family member but we've been all together lately and so we've been staying together as a family making each other stronger. La'Quan was the most caring friend that you can ever have if you needed a friend...he was always there for you. You never had to question his loyalty," family friend Nya Watson said.

Link played football for Hunters Lane. His sister said he played well in all sports he competed in.

It's still unclear why the fatal shooting happened. Link's aunt said she wants teens to stop the senseless acts of violence.

"Growing up we all got into it with each other. We would fight then we were playing kickball the next minute. You don't have to have a gun to solve an issue," Lateiasha Link said.