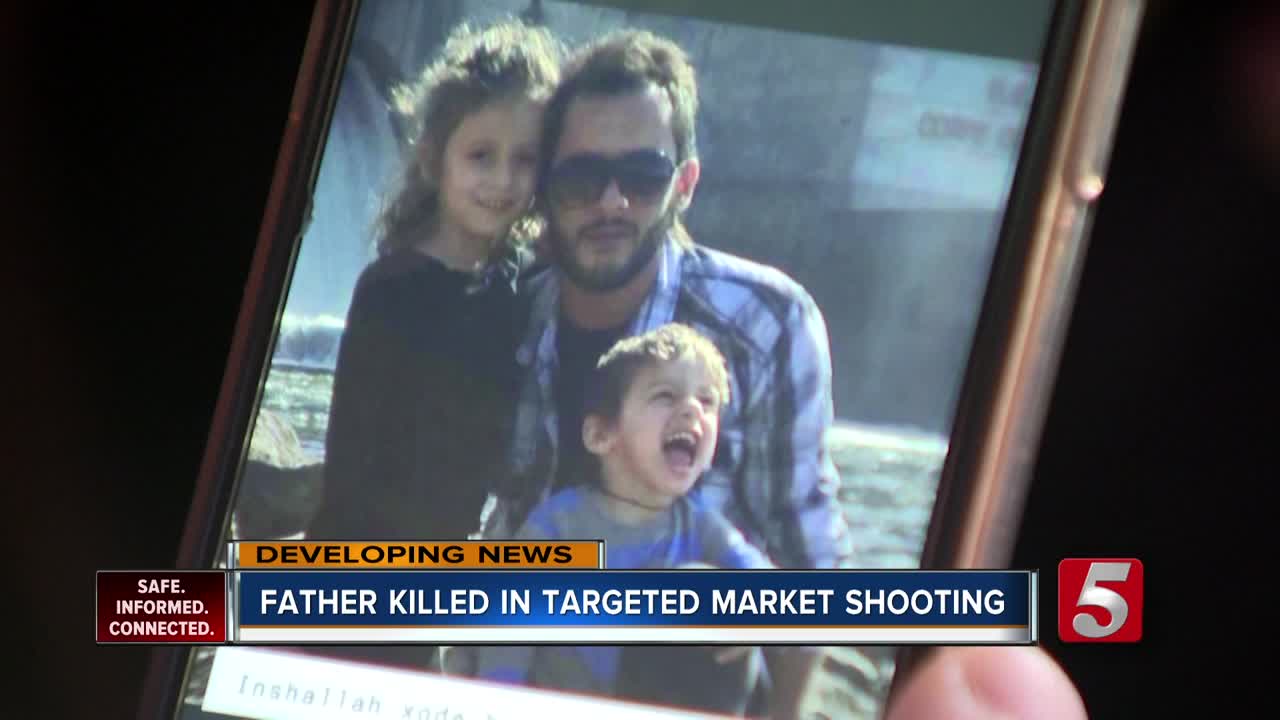 The death of a beloved father and market employee in south Nashville is hitting hard for members of the local Kurdish community.

NASHVILLE, Tenn. (WTVF) — The death of a beloved father and market employee in south Nashville is hitting hard for members of the local Kurdish community.

Investigators with the Metro Nashville Police Department are searching for the masked gunman seen walking through an unlocked back door of Newroz Market and killing Nashwan Malaka. They said the 32-year-old employee was working in the meat department in the back of the business when the gunman ran up behind Malaka and shot him in the head. The incident happened around 5:30 p.m. on Thursday when customers would be shopping.

"The whole community is in shock just because of the person he was," Tabeer Sindi of the Tennessee Kurdish Community Council told NewsChannel 5. "Until this moment we're still in shock."

Sindi knew Malaka and his father-in-law for several years as a customer. He described Malaka as a loving man who was funny, kind and hardworking. Malaka had been working at markets since he moved to the country several years ago.

"He came from Kurdistan, got married to this woman in Nashville and he came basically to provide for his family back home. Almost the whole community knew him," Sindi added.

Newroz Market is a popular spot in the small neighborhood dubbed 'Little Kurdistan' on Elysian Fields Court. A few businesses down, the Salahadeen Center held its prayer service with dozens in attendance and asked for peace and prayers to Malaka and his family. Attendees also listened to a message about uniting as a community.

Malaka leaves behind a wife and two little kids. A GoFundMe has been set up to help his family with funeral expenses. In 18 hours, the GoFundMe already raised $21,000.

Nawzad Hawrami of the Salahadeen Center told NewsChannel 5 that he will be taking care of funeral arrangements once Malaka's body is released from the medical examiner's office. The family may choose to bury him in Kurdistan instead which typically happens before the service in the Islam culture.

Anyone with information is asked to call Crime Stoppers at 615-742-7463. Callers to Crime Stoppers can remain anonymous and qualify for a cash reward. Sindi said the Kurdish community is also raising $5,000 as an added reward.