Federal workers worry about how long government shutdown could last 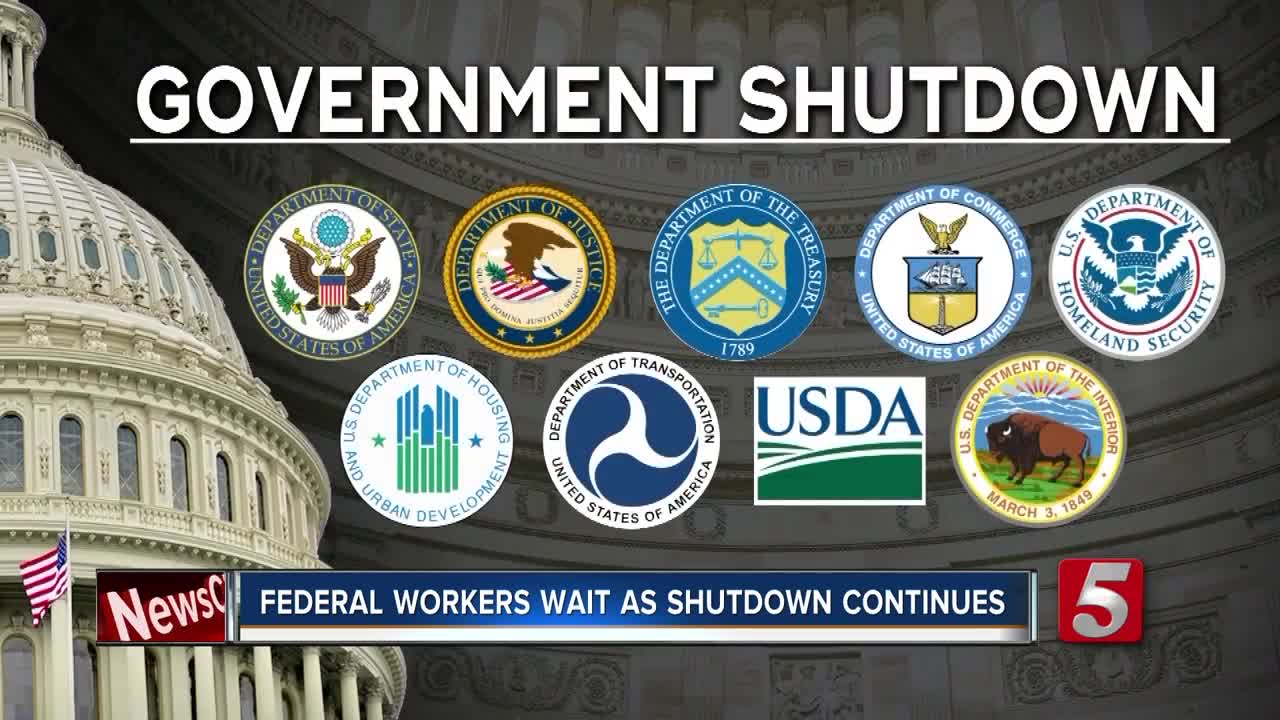 Families facing furloughs say they have to cut back until the government fully reopens.

NASHVILLE, Tenn. (WTVF) — At the Estes Kefauver Federal Building on Broadway, offices are dark, the lobby is empty, and most of the people who work inside are now on furlough.

Two of those workers: John Blackwell and his wife, who both for for the IRS.

After decades of government service, he's left figuring out what to do while the government is partially shut down.

"I'll decide whether to watch 'The View' or 'The Price is Right,'" he said with a laugh, before getting serious. "Maybe I'll get a part time job."

The partial shutdown comes after Washington D.C. lawmakers couldn't agree on a budget. President Donald Trump wants money included to build a wall along the southern border, but Democrats say they won't approve a budget with funding for a wall. The government partially shut down Friday night at midnight.

"We officially got notified yesterday, where we had to go in and change our email and voicemail," Blackwell said.

It's not the first time Blackwell has had to go through the shutdown motions. He said over the years he's been through several shutdowns, including one that lasted three weeks in 2013. But that experience doesn't make things easier for Blackwell, his wife, and the nearly 400,000 other federal employees who will be left without a paycheck until the government reopens.

"I have friends and co-workers who live paycheck to paycheck, and they will be hurt after this next paycheck if they don't get it," Blackwell explained. "It puts out the cleaning crew at the federal building, It puts out the cafeteria workers that work there...and they won't get retroactive pay."

So while Blackwell cuts back on spending, he's hoping lawmakers can cut back on divisiveness.

"The Republicans and the Democrats, they just need to get together along with the President and work something out," Blackwell said.