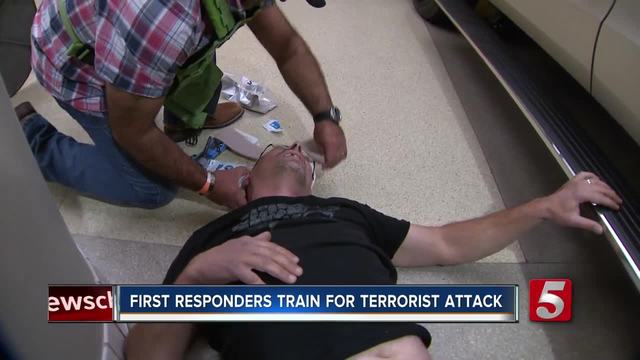 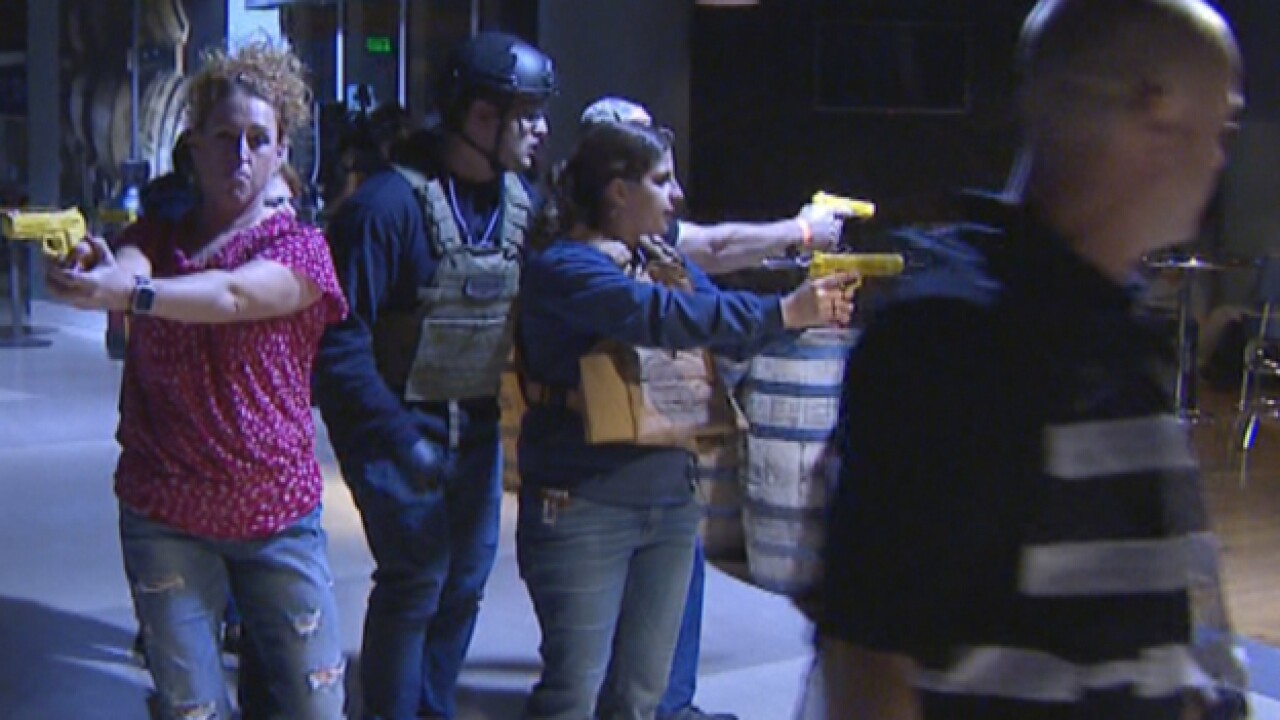 The EMS World Expo is in Music City for the week and part of the event are simulations for attendees.

As a part of an afternoon class, participants were walked through a mass shooting, a terrorist attack involving a truck and a chemical leak. All three simulations were realistic to the point where actors were hired and wore moulage art (fake wounds) so responders could practice recognizing and treating certain injuries.

"In Modern times unfortunately we have to deal with terrorist events, other mass casualty scenarios," said Eric Newman, medical affairs manager for LifeFlight Vanderbilt. "So, today we're here helping instructing participants how to handle those mass casualty scenarios in preparation heaven forbid it happens in their home towns."

Each scenario was ran from beginning to end. It was started with the sound of automatic gunfire echoing through Bridgestone Arena. Then a dispatch call was put out for class members to respond to. Crew responded to each scene differently. Some wore hazmat suits to rescue victims from the chemical leak. Other responders moved as a unit to rescue people from the mass shooting simulation.

All of the victims were treated for their injuries and taken to ambulances waiting outside the arena and the simulation ended.

Newman said the goal is to learn something new from every terrorist attack or disaster that happens either in America or internationally.

"It's always going to be in the back of your mind," he said. "Then, it just brings on the urgency of how much we need to train more. We can train all of the time but it's trying to be prepared for the unknown."