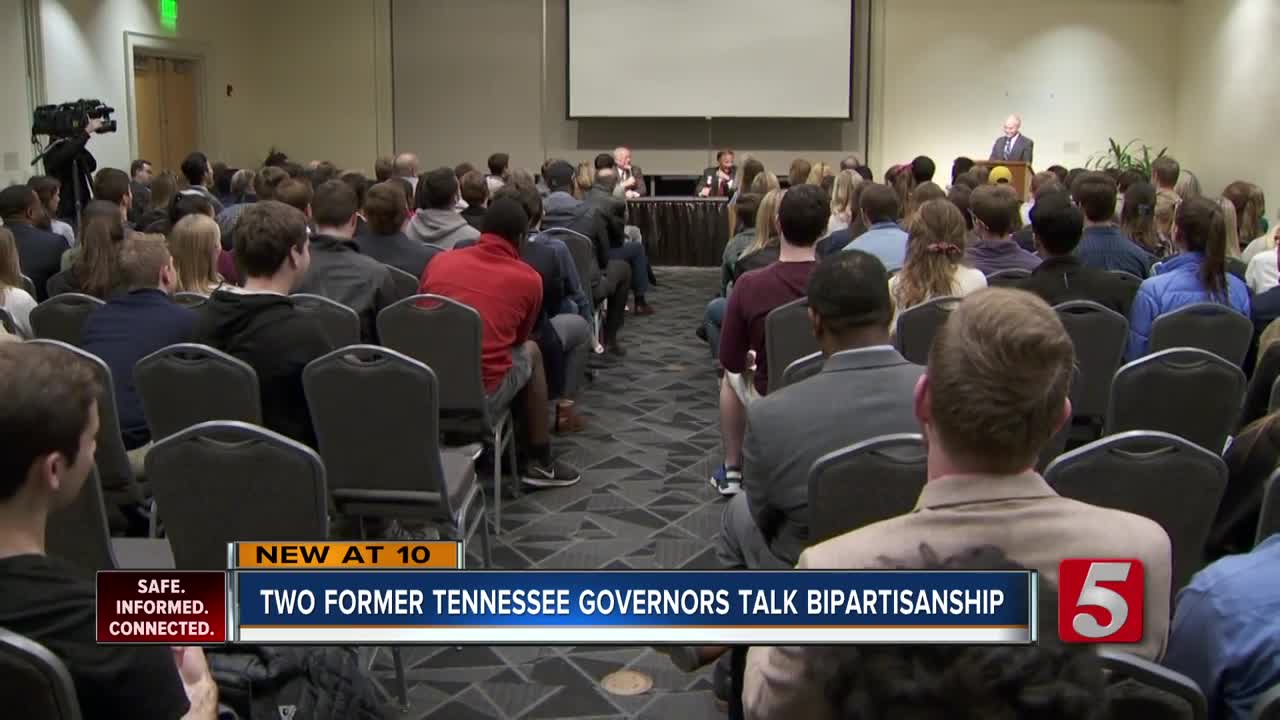 As the highly-politicized governor's race in Kentucky has split voters almost exactly down the middle, a crowd gathered in Nashville Tuesday with the goal of bringing Republicans and Democrats together. 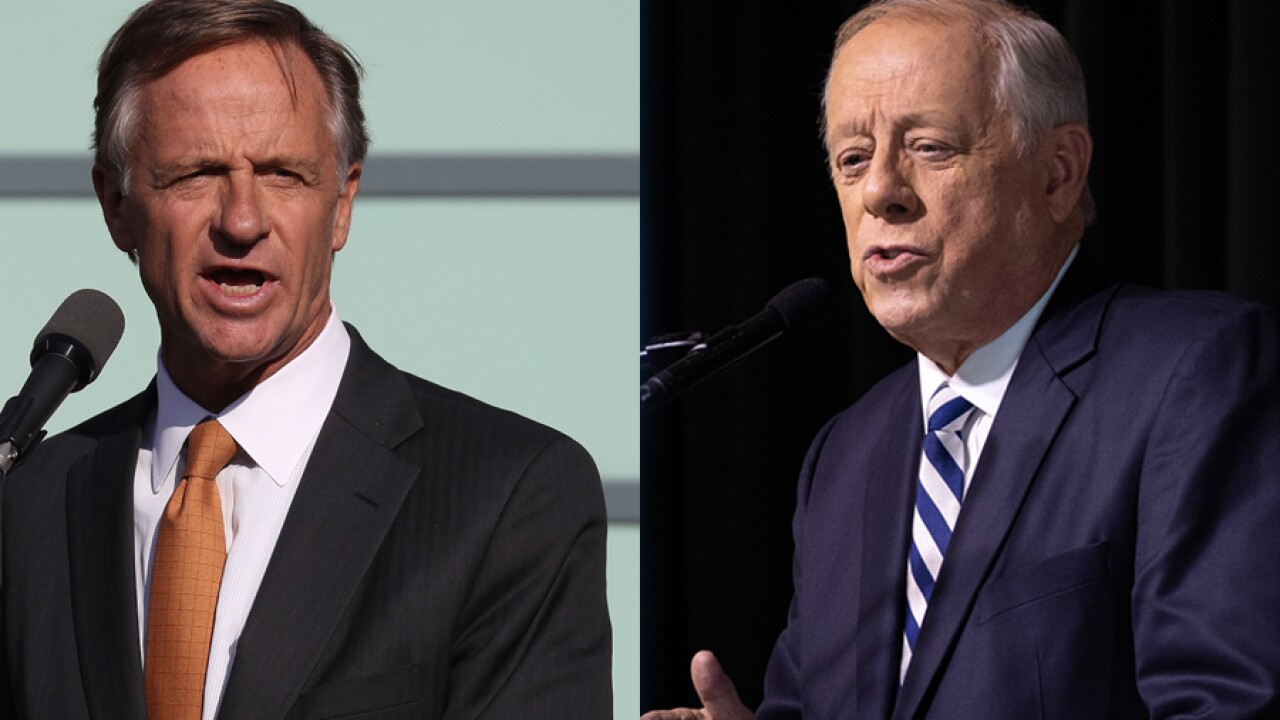 NASHVILLE, Tenn. (WTVF) — As the highly-politicized governor's race in Kentucky has split voters almost exactly down the middle, a crowd gathered in Nashville Tuesday with the goal of bringing Republicans and Democrats together.

Both Phil Bredesen and Bill Haslam -- Democrat and Republican, respectively -- took part in a forum at Vanderbilt University on bipartisanship.

The former governors said they think a big reason for the political divisiveness in Tennessee and across the country is because people are too focused on national issues rather than what's happening closer to home.

"Not enough people are paying attention to your local news," former Governor Haslam said. "And if you want to know what really impacts your life, it's your local government and state government."

The antidote, the governors said, is to get more people to care enough about those local issues enough that they vote in every election.

Bredesen cited the most recent Nashville Mayor voter turnout, noting a decline over the years.

Both Bredesen and Haslam criticized legislators -- both in congress and at the state level -- for not wanting to tackle difficult issues, saying that's often the way the party system works.

"It is my experience that it's not in the typical legislative makeup to do hard things," Haslam said.

"I'd put it even more strongly than that," Bredesen responded. "One of the things I learned about legislative values, is it's almost impossible for them to do something really hard until they absolutely have to."