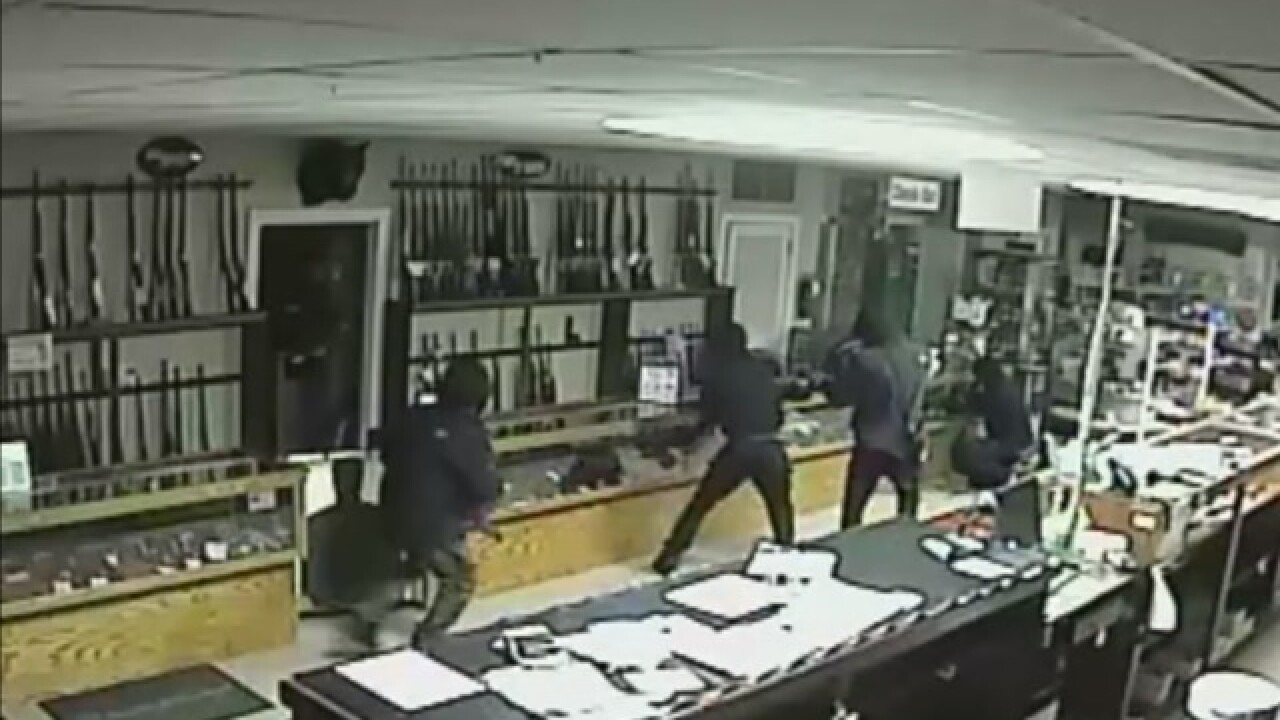 Investigators in Maury County hope new surveillance video will help them track down four people wanted in a smash-and-grab style burglary at a firearms shop in Columbia.

The men had their faces covered, and were wearing black hoodies and gloves at the time of the burglary.

Investigators ask anyone who may have seen people acting suspiciously in the area around the time of the break-in to call in any tips that could lead to arrests.

You can leave anonymous tips with Maury County Crimestoppers at 931-381-4900, or Columbia Police SAFE Tip Email to SafeTips@ColumbiaTN.com.