Big changes are now in effect to the WeGo Public Transit system to address the agency's $8.7-million budget shortfall. 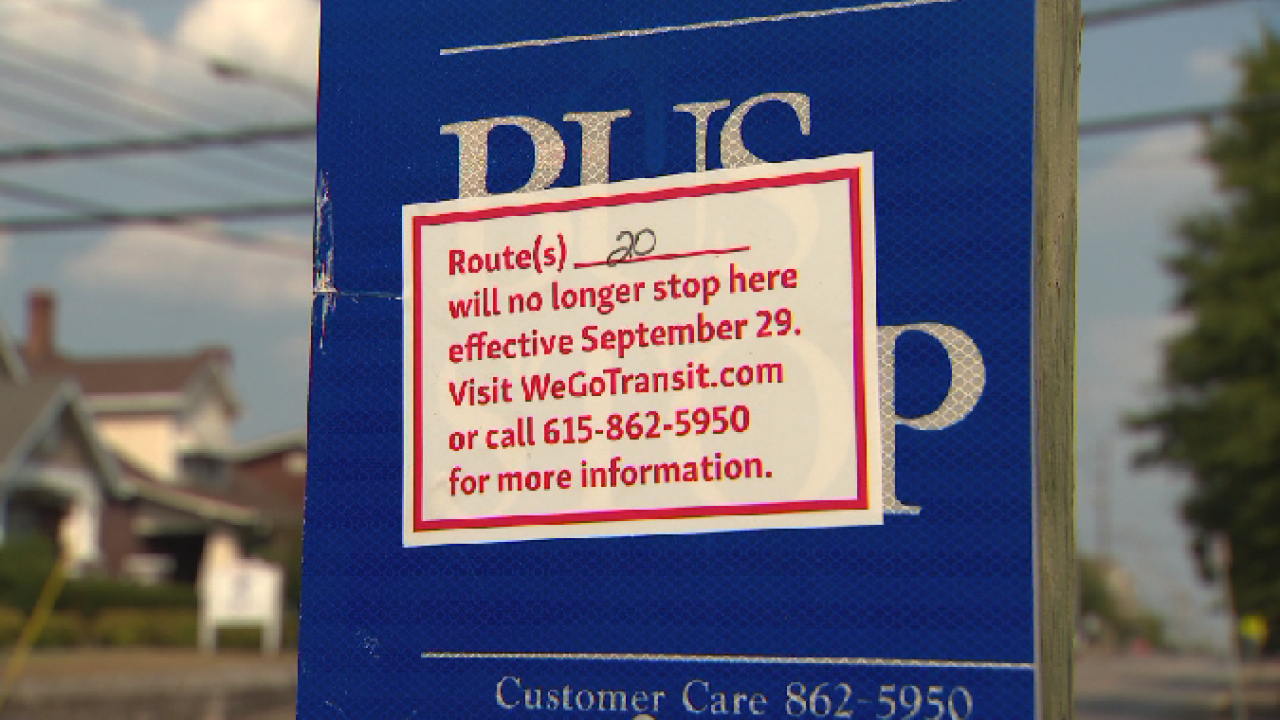 "In addition to the 9 route eliminations we also have a number of routes, 4 in particular, that are combining. You'll see that along Gallatin Pike, Murfreesboro Pike, and Charlotte Pike as well as what used to be the Meridian 28 and McFerrin 30," Clelland said.

Some riders like Carrie Richmond spent the day waiting on the free bus. They had no idea it was never going to come, and they were disappointed to learn they now need $2 for each ride.

"I had to pull out all my change, and now I don't have change for a drink. I have no water, I have no Dr. Pepper," Richmond said, "It's digging deep in my pocket."

Clelland said the Music City Circuit had to be cut.

"Those circuits in and of themselves to operate for free were about $4-million," Clelland said.

Nearly 1,000 bus stops are changing, so riders may need to catch their bus at a different spot. Richmond now has to walk farther to catch her ride.

"It's about a quarter of a mile now instead of just two blocks," Richmond said.

As some bus riders adjust, WeGo is ready to assist riders who may be confused during the Monday morning commute.

For more information you can call customer care at 615-862-5950, read here, and check out the transit website.