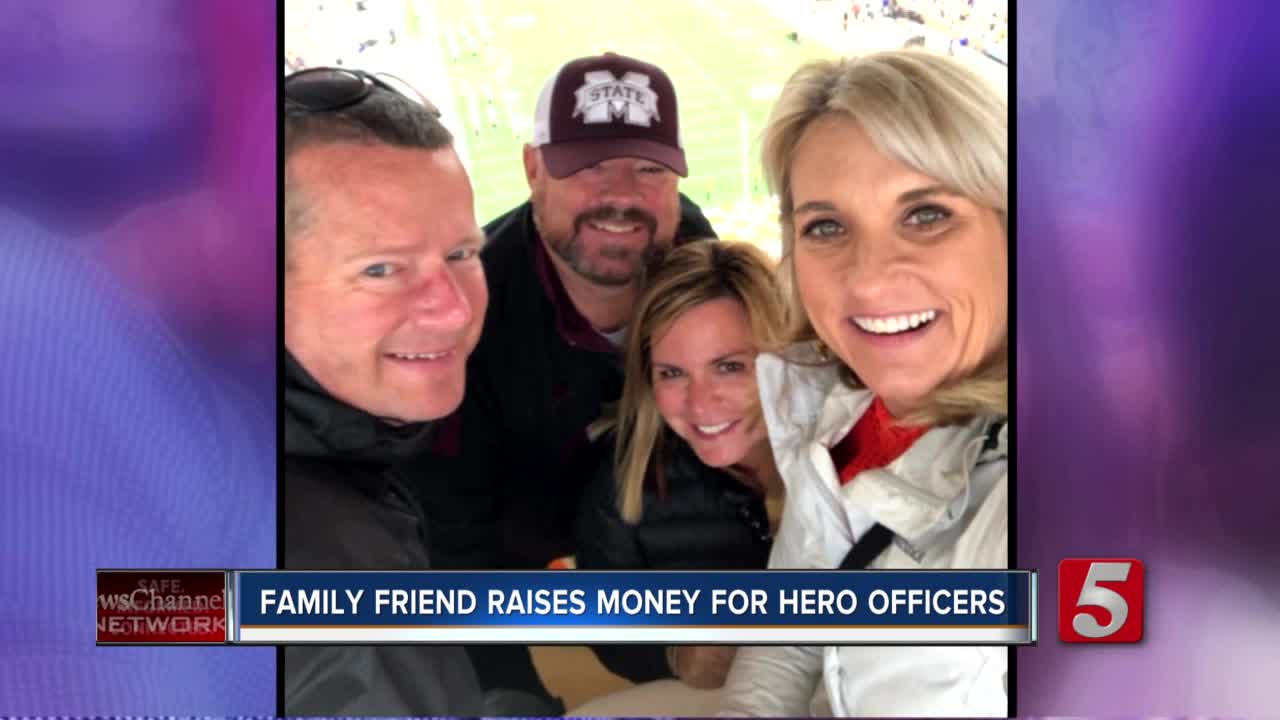 A family friend is thanking the officers who applied tourniquets to save a couple after they were attacked with a machete. NASHVILLE, Tenn. (WTVF) — A family friend is thanking the officers who applied tourniquets to save a couple after they were attacked with a machete.

It only took minutes for Kevin and Leanne Craft’s life to change forever. As they waited in the Public Storage office, police say Kelvin Edwards, who is homeless, randomly attacked them with a machete Sunday afternoon.

“I just fell to my knees and it took my breath away," said Tara Richardson, a family friend.

When Richardson found out that a group of officers used tourniquets to save lives, it pulled at her heart strings.

“You go and put your life at risk every day, and not a lot of people do that,” she said.

Richardson said the Crafts were moving out one of their college kids from a house by Belmont University on Sunday. Two of the couple’s family members were in a moving van outside the storage building at the time of the attack, and they’re having a hard time. However, their spirits were lifted recently when they were able to talk to Kevin and Leanne.

“The kids are FaceTiming with them, and all smiles, we're getting pictures and they’re smiling, Kevin and Leanne are very very positive people, upbeat, very loved people,” Richardson said.

While it seems the couple is doing better, she’s frustrated that this even happened.

She said she called Nashville Mayor John Cooper’s office about her concerns.

“They don’t have food, they would normally get money from people, that’s stopped. Everything stopped,” Richardson said.

As family and friends come to terms with what happened, they’re honoring the heroic officers by raising money to give to them. So far, a GoFundMe page for the officers has raised over $16,000.

"They don’t have to do this job," Richardson said. "They can pick many other jobs to do and they are heroes. They don’t get recognized, they don’t get paid enough, they are true heroes.”

Richardson hopes to take the officers to dinner one day to give them the money. Due to what the Crafts have gone through, they're asking folks in the community to come out to a blood drive on May 27 from 9 a.m. to 2:30 p.m. at the Williamson County Agricultural Center.