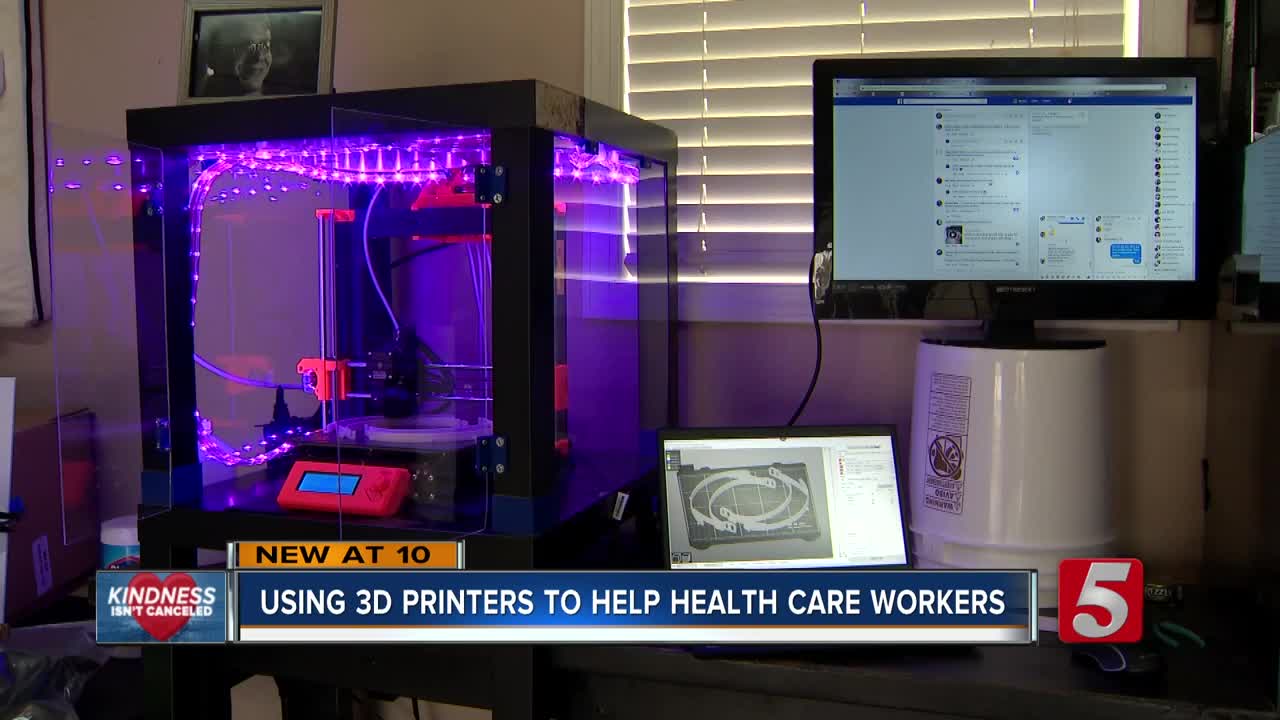 A Gallatin community Is banding together to use their skills in the fight against the coronavirus. They’re printing 3D face shields to help protect medical staff and first responders. 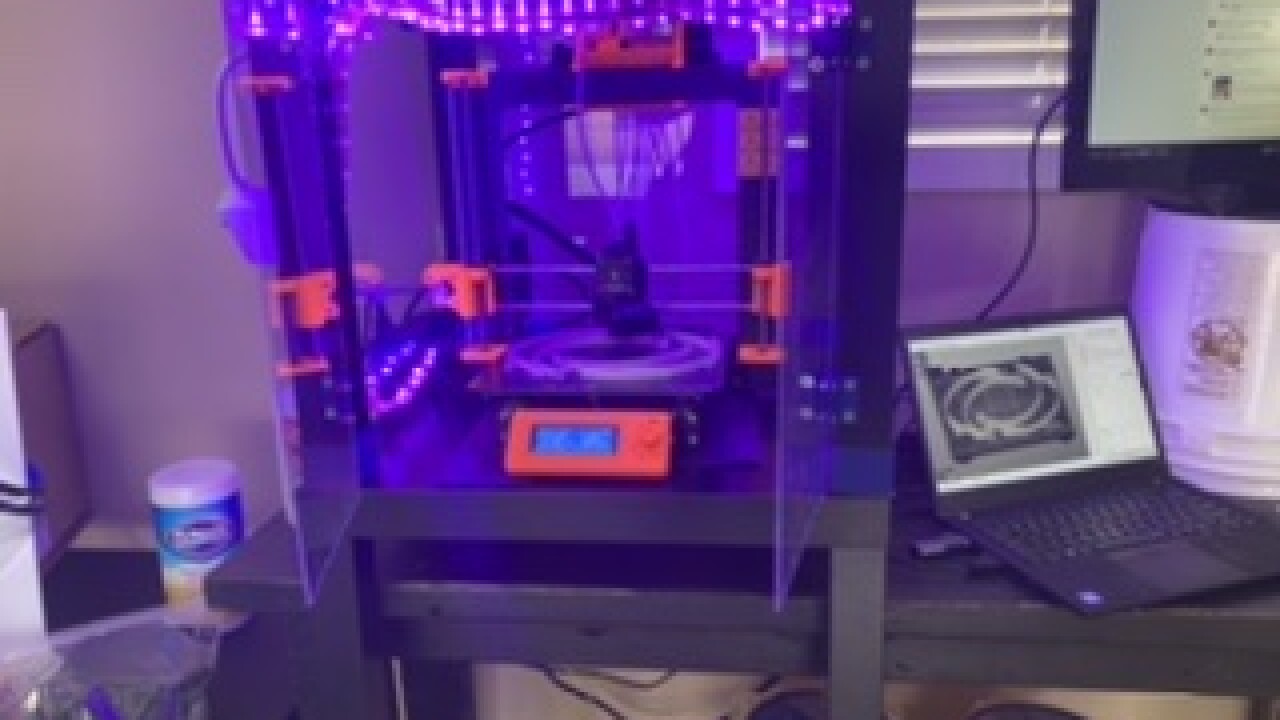 GALLATIN, Tenn (WTVF) — As of Wednesday, Sumner County had the third highest number in the state of positive COVID-19 cases with 201, several of those coming from a Gallatin nursing home.

This sparked the community to respond in the best way they know how. Dustyn Fisher said he's been 3D printing for years and wanted to print some face shields for close family and friends in the medical field.

He quickly learned others in the community wanted to do the same.

"We don't know how big is going to go or how long it’s going to go on but we’re here until the mission is complete," said Fisher.

Fisher was approached by retired servicemember Cole Shepherd who was collecting disinfecting items for the local hospital. Shepherd says a friend reached out to him to find someone to make face shields and the news quickly spread to Erin Fezelle, who 3D prints custom design artwork on the side.

Marcus Reed also had a 3D printer that was given to him after his brother passed away.

"We can put a device in there hands that protect them when they’re out there protecting us, it’s huge," said Reed.

The group met at Fezell's garage on Sunday alongside Robbie Green, who used his marketing background to help get the word out and create a website about their work.

They're calling themselves C19 Liberators. The name plays off the World War II F-P 45 Liberator guns that were cheap and quickly manufactured.

"I’m recently retired military so in these sense it feels good to be back in the fight, it feels real good to be helping my local community," said Cole Shepherd.

Together they were printing hundreds of face shields a day. They drop them off at the Sumner County Emergency Management Office. Staff there distributes them to hospitals and first responders in need of the equipment.

"It’s been a remarkable crash course in a matter of three or four days," said Fezell.

The C19 Liberators say they will continue to print mask until there is no longer a need in the country.

To get involve or donate head to https://www.c19liberators.com/