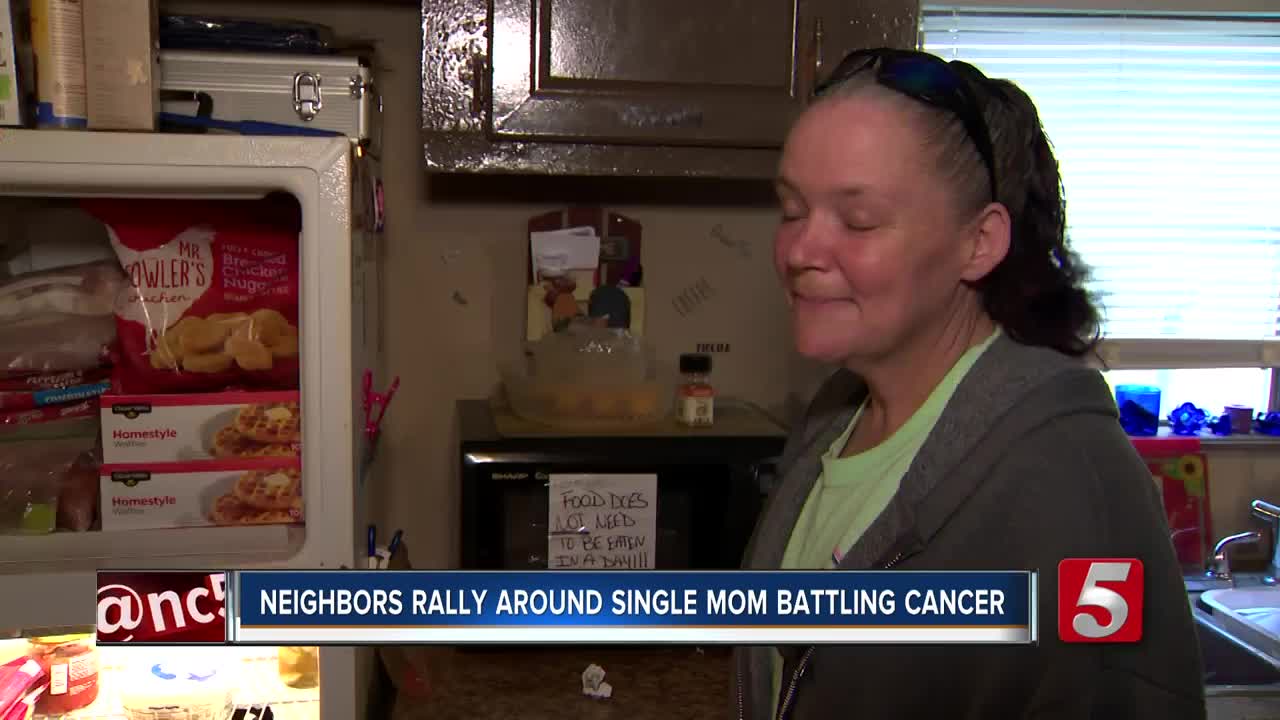 GOODLETTSVILLE, Tenn. (WTVF) — Strangers rallied around a Goodlettesville woman battling cancer after she put out a request for help on Facebook.

Sheri Carpenter discovered she had stage 4 cervical cancer in May. She had to quit her job while getting treatment and the last few months have been rough to say the least.

"I worked 7 days a week without a day off just to make it through and support them and to go to nothing, it's frustrating, I'm a single mom, there's no other income. It's all on me," Carpenter said.

This week she worried about what to feed her 15 and 17 year old boys.

"This bag of apples right here, that was it." Carpenter explained.

Looking at her fridge, Carpenter panicked. She says her food stamp card was stolen out of her car and while she was waiting for a new one they had no food. So she put a cry for help up on facebook and help arrived almost instantly.

"The very first response was a lady who doesn't live here but 45 minutes away," said Carpenter, "She asked for address and ordered us Dominoes so we had lunch."

Complete strangers coming to the rescue, donating everything from bread to meat. People delivered enough food for Carpenter and her children to last a month.

"It's very overwhelming especially to know I'm not the one who did it, it's coming from people I don't know," said Carpenter.