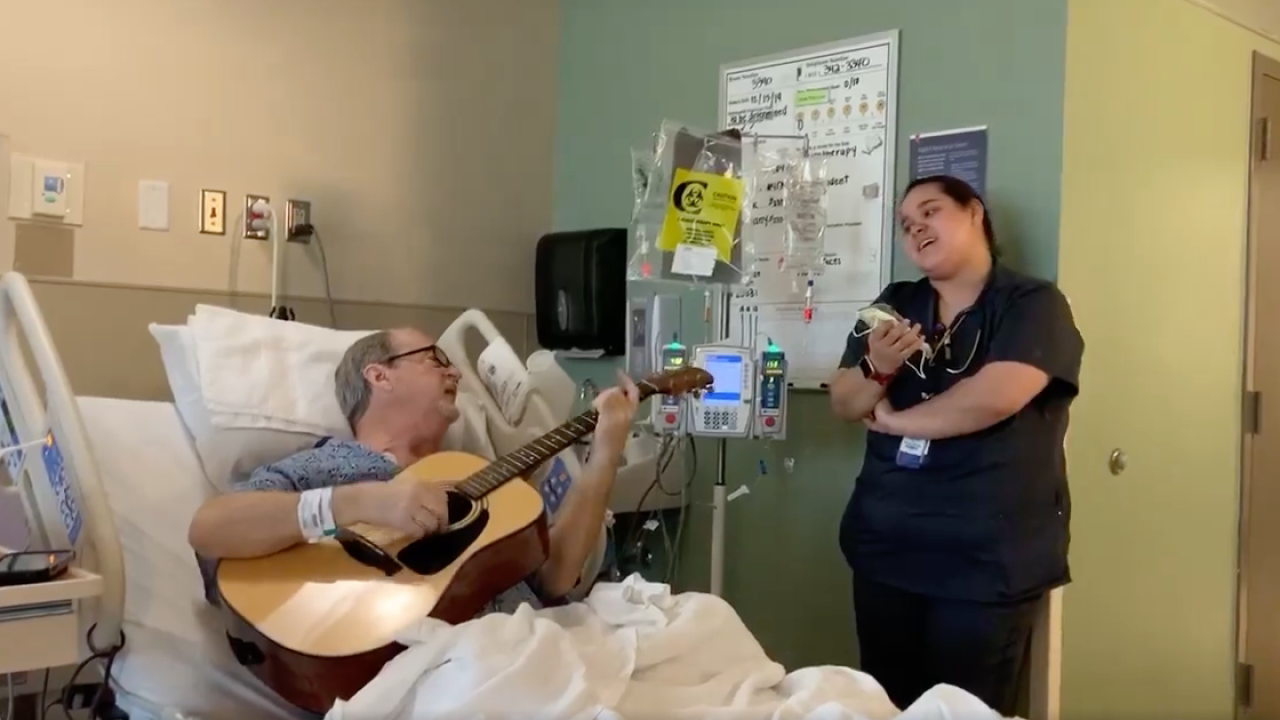 NASHVILLE, Tenn. (WTVF) — A special duet between a Nashville guitarist and his nurse is getting thousands of views on social media.

“My dad’s nurse, Alex, heard that he was a guitar player so she brought her guitar for him to play during his chemotherapy treatments and sang O Holy Night with him. Who knew she could also sing,” she wrote.

She encouraged people to share the video to get the word out about Alex.