'He breaks promises. I keep them.' Bloomberg talks with NewsChannel 5 in on-on-one interview 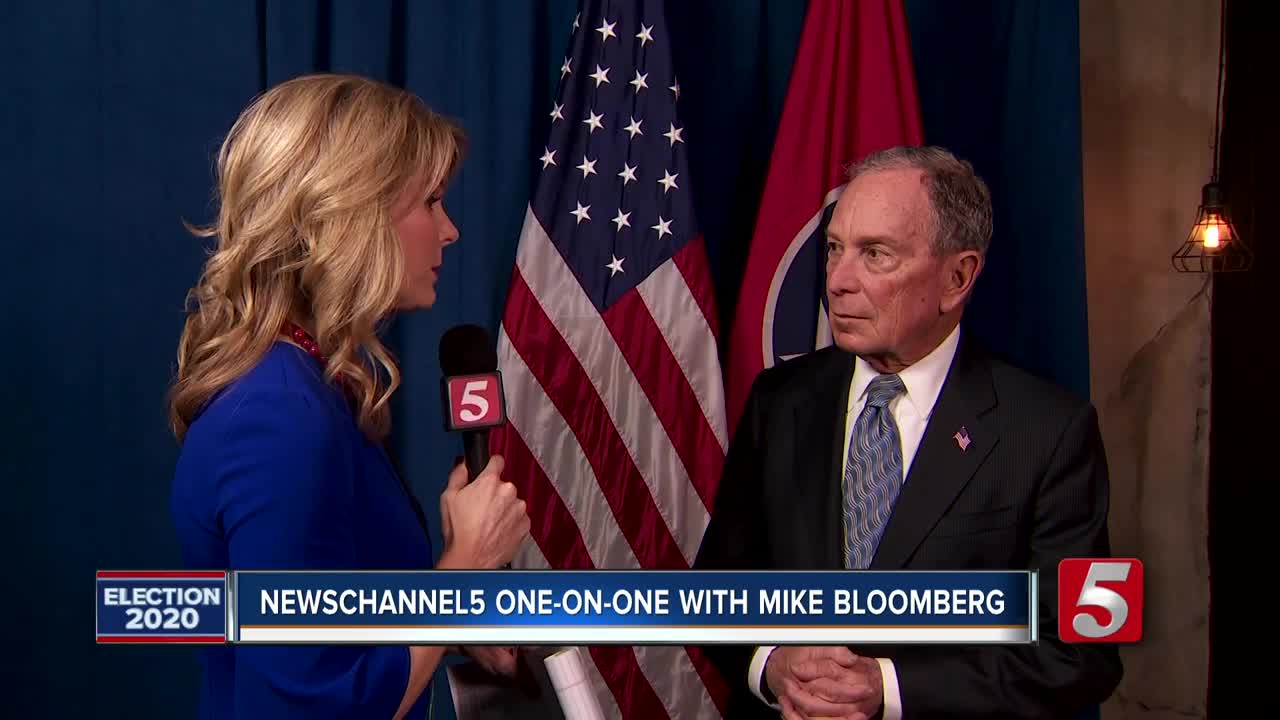 NewsChannel's 5 Carrie Sharp talked one-on-one with Bloomberg before he rallied supporters at Rocketown in Nashville, asking why the focus on the traditionally conservative state.

NASHVILLE, Tenn. (WTVF) — Mike Bloomberg made his third stop in Tennessee Wednesday since announcing his presidential campaign 11 weeks ago. He's vying for the democratic nomination. NewsChannel's 5 Carrie Sharp talked one-on-one with Bloomberg before he rallied supporters at Rocketown in downtown Nashville.

When we asked why he's focusing on the traditionally conservative state, he said he's hoping to go beyond party line.

"I'm going to come back here and try to convince a bunch of the red state people to come over and join me and the blue state people because I will give them the kind of government they want regardless of the partisan politics, and I don't think President Trump is doing that," said Bloomberg,

During the rally, Bloomberg didn't mention any of his democratic challengers by name and only the primary itself twice. Instead, focusing squarely on beating President Trump.

He told the crowd, "He breaks promises - I keep them. He divides people - I reunite them. He's a climate change denier - I'm an engineer. I actually believe in science, imagine that!"

Two hecklers briefly interrupted his speech bringing up the former New York City mayor's "Stop and Frisk" policy... and his comments about it. Bloomberg mostly ignored the outbursts, but talked about other ways he intends to be tough of crime, if elected.

"We certainly need criminal justice reform, there are too many people getting shot. You read that in the papers - it's a disgrace. We have to provide opportunities for young kids so they have something to do in the afternoon rather than just stand around. And we have to educate people on how to get guns off the streets."

As for those guns -- an important subject for many Tennesseans, the candidate was clear about his goals.

"Not to take everyone's guns, but background checks so we don't sell guns to minors, people with psychiatric problems or people with criminal records."