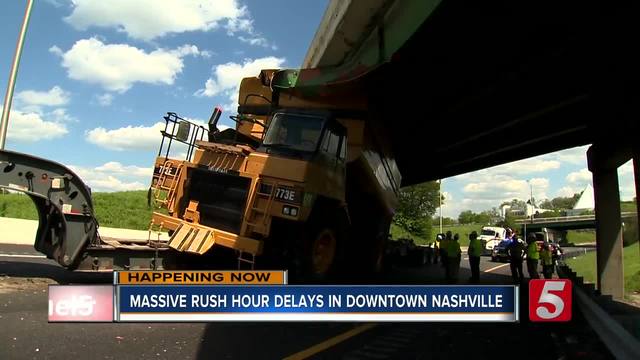 Parts of Interstate 40 and Interstate 65 North were shut down after a semi hit the I-40 overpass. 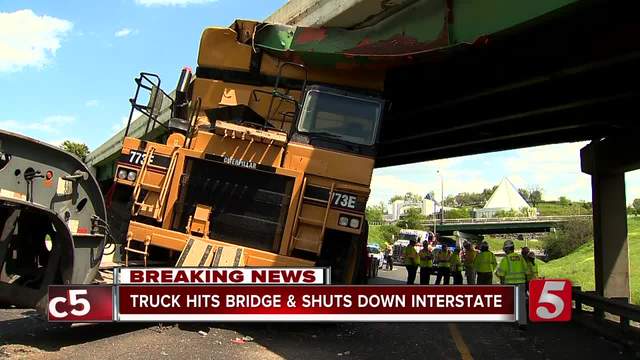 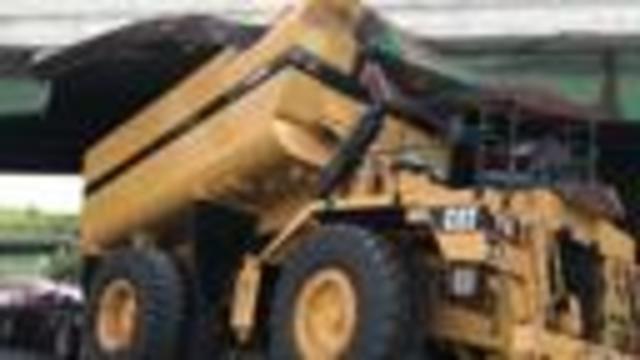 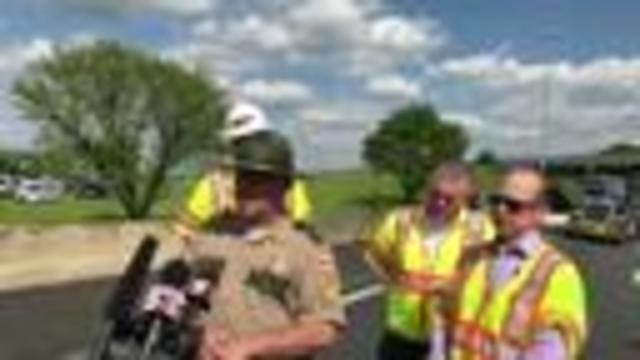 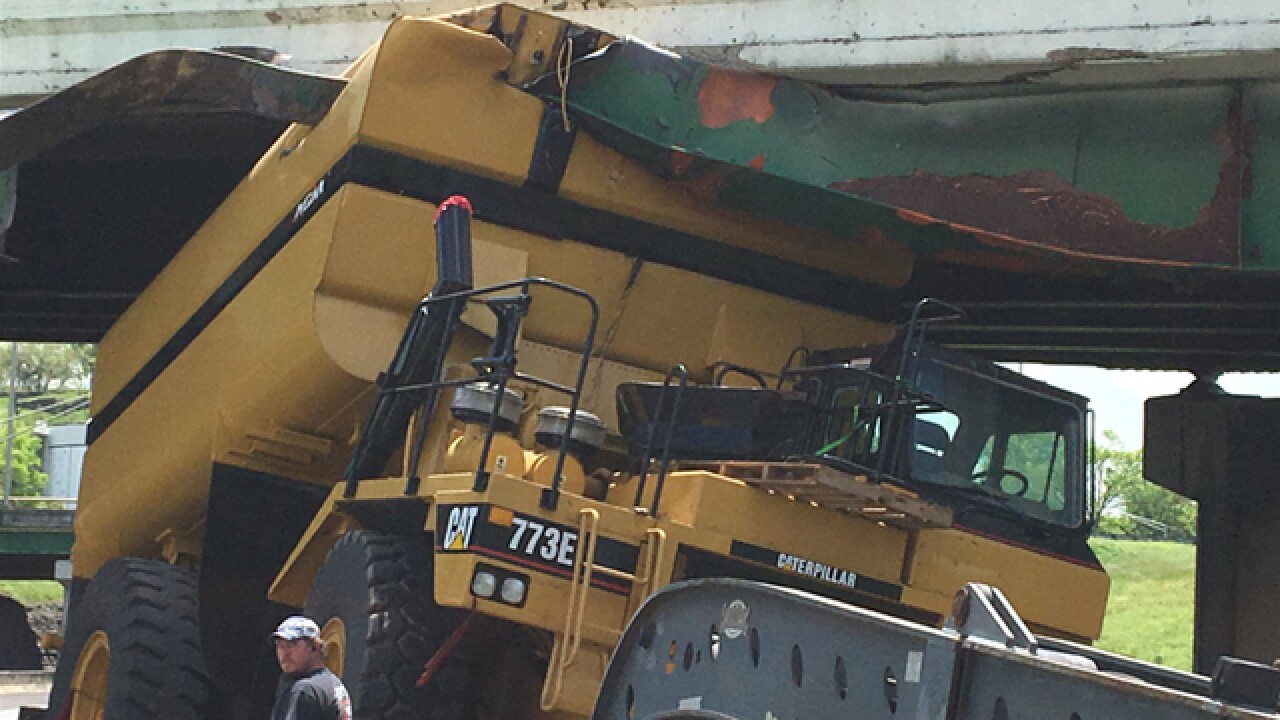 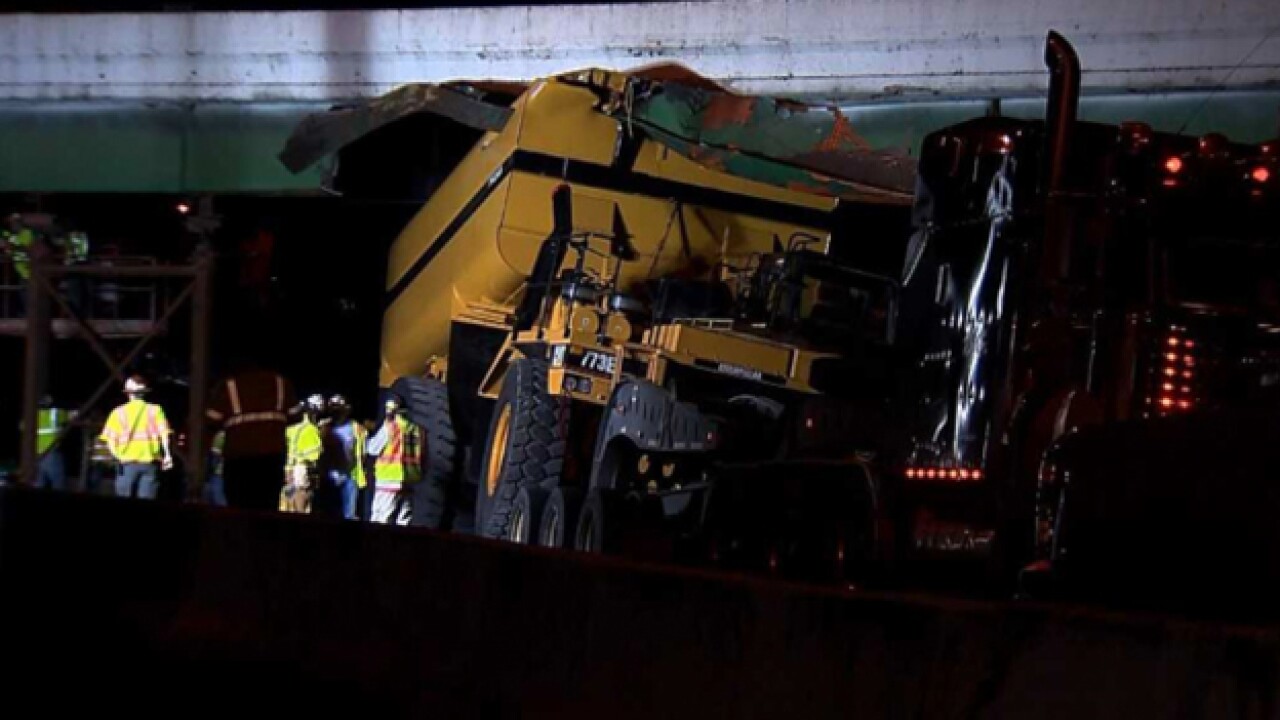 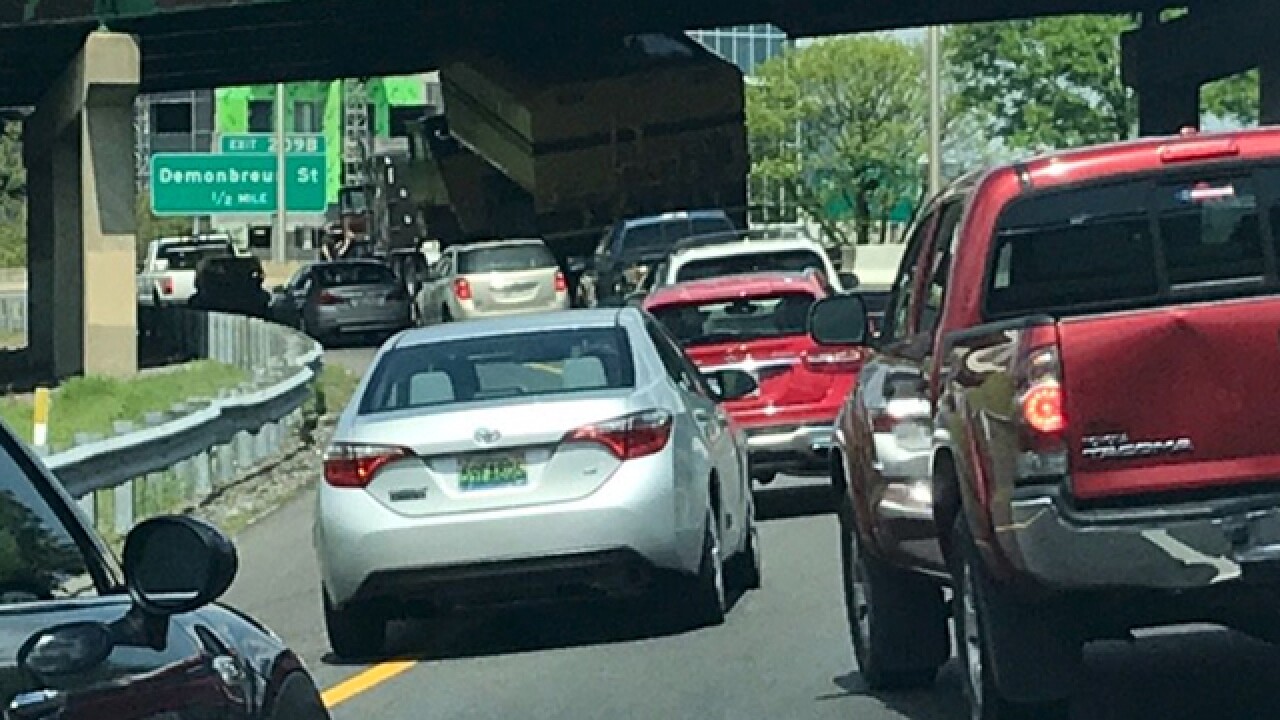 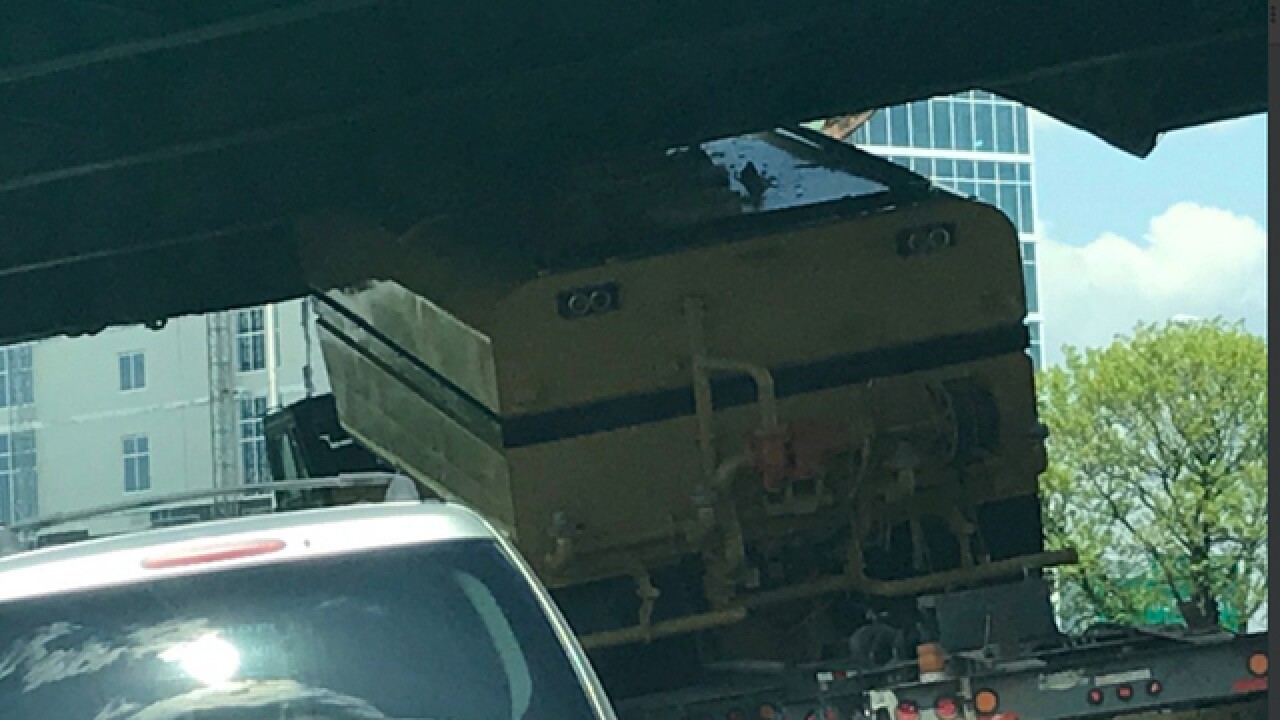 Parts of Interstate 40 and Interstate 65 North have reopened hours after a semi hit the I-40 overpass in downtown Nashville.

The semi, which was hauling a construction water tank, did not clear the bridge on I-65 North, crashing underneath it. That portion of 65 for eastbound traffic was closed.

Authorities also closed the bridge, which is the ramp from Interstate 65 North to Interstate 40 West, south of downtown. The bridge was significantly damaged.

Tennessee Department of Transportation officials said the bridge would not reopen Friday night. Crews will build structures on either side of the vehicle to ensure the bridge is stable, before trying to move it out from under the bridge.

They weren't sure how much the vehicle is supporting the bridge, and said they had not estimate of when the road would be reopened.

TDOT officials said Saturday that the shoulders on the roadway in the bridge area are going to be closed until permanent repairs can be made. This will likely take several months.

After the shoring towers were built, the water truck had to come out. Easier said than done. pic.twitter.com/6l7prPmNqq

The vehicle it was hauling is an empty construction water tank truck. It's estimated to weigh about 70,000 pounds.

Metro Nashville School officials said several buses experienced delays as a result of the increased traffic. They asked parents to bear with them and prepare for the delays.

"It is absolutely, 100 percent the driver's fault and the company's fault for being in this area," said a THP sergeant.

The driver was supposed to have taken a route through West Tennessee.

"If TDOT had issued the permit, they would not have been routed this way. TDOT would have known - they know the heights of their bridges they know what they can issue and what they can not and they did not issue him a permit to be in this area,"

Those coming into downtown from the Harding Place, Brentwood or Franklin areas who would typically use I-65, should consider using Franklin Pike an alternate.