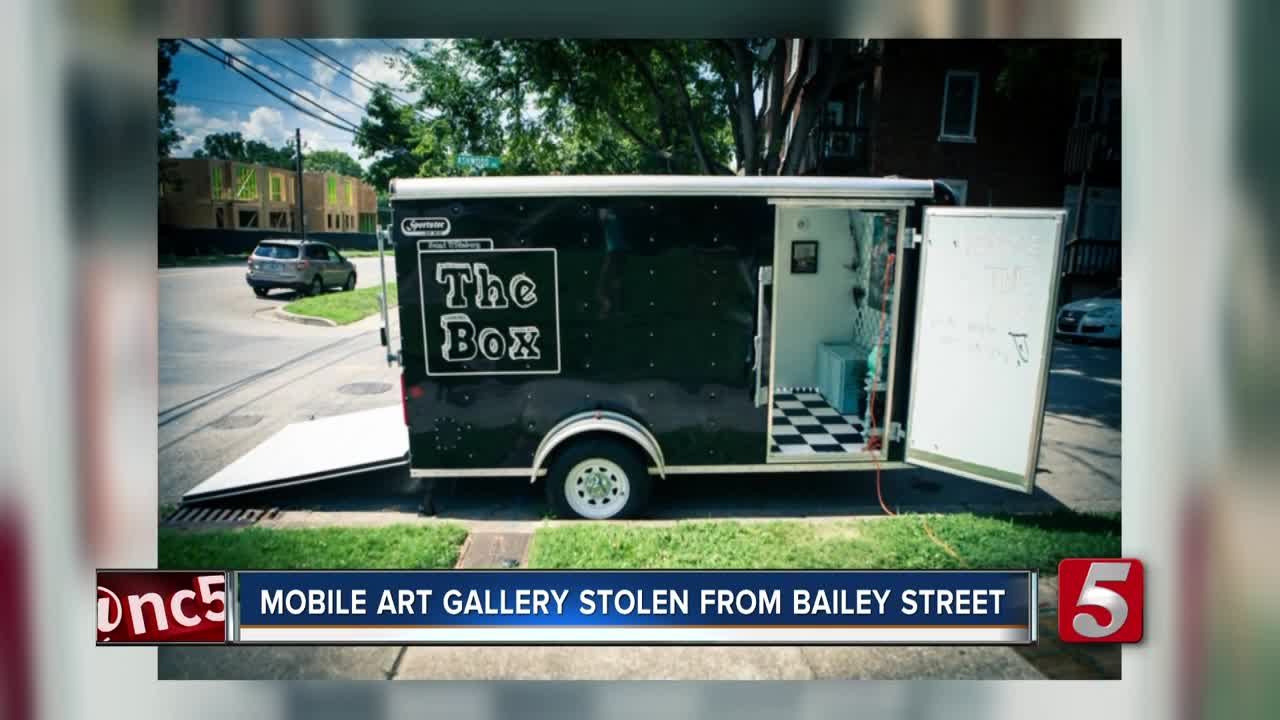 A mobile art gallery was stolen from a street in East Nashville. 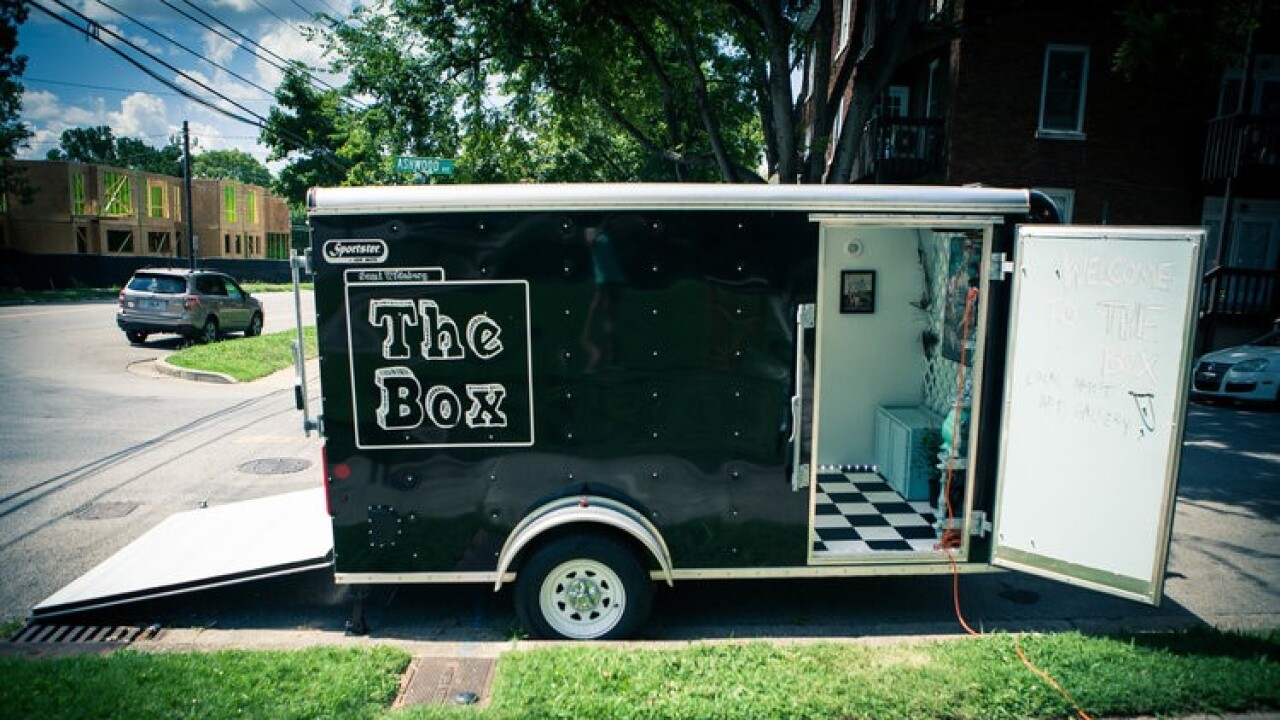 NASHVILLE, Tenn. (WTVF) — A mobile art gallery was stolen from a street in East Nashville.

Graphic designer, Sami Wideberg, hopes the community will help get her trailer back.

"It feels like a little part of me was taken," Wideberg said.

"On the side I do collage art for myself, and I sell it out of my 6 by 12 trailer that is called 'The Box,'" Wideberg said.

Wideberg would take 'The Box' to art crawls and galleries to sell her work. All was well until it was stolen.

"I had a battery on the back that was solar charged, so I could kind of unplug it and take it out for 6 hours at a time, and just have electricity still, so that was really fun," Wideberg said, "It was just immediate panic, like it’s gone… someone stole 'The Box!'"

The trailer was parked by her home with four locks on it. She said the theft happened sometime Monday night into Tuesday morning on the corner of Bailey Street and Chicamauga Avenue.

Wideberg said, "It was a huge surprise, and a huge bummer."

She said it would be hard to recreate some of the work that was inside the trailer. She estimates she's out thousands of dollars.

"It’s guna be a big loss," Wideberg said, "I made it from nothing, and I turned it into this retro gallery that I had dreamed about for a while."

She even had a suitcase full of prints in it that are missing too. As she remembers everything that's gone, she hopes the thief will do the right thing.

"Please bring it back, this is a huge loss. It was a big part of my life. I worked really hard to make it," Wideberg said.

The victim filed a police report, and she's looking for neighbors who might have surveillance video from Bailey Street. If you know where the trailer is, call Metro Police.