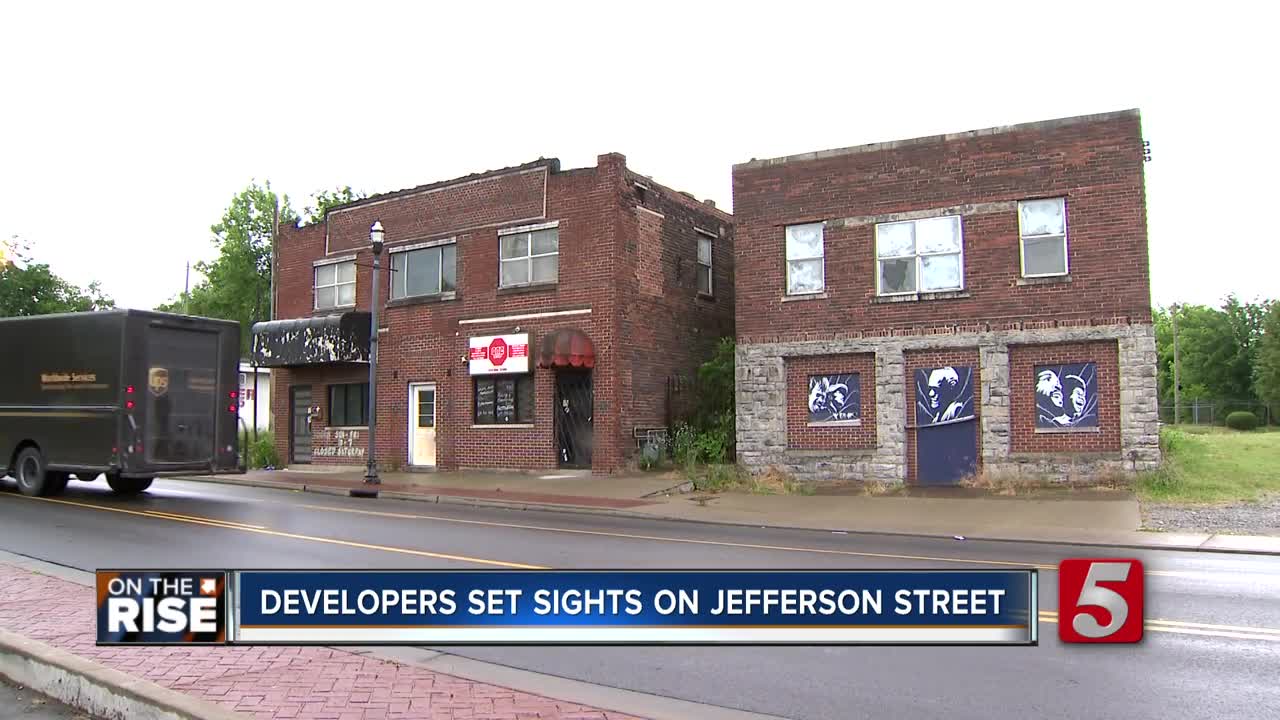 It happens every week on Jefferson Street. Developers looking to get in on Nashville's endless expansion approach longtime business owners looking to buy up property. But for residents, a city on the rise is following old, disturbing patterns. 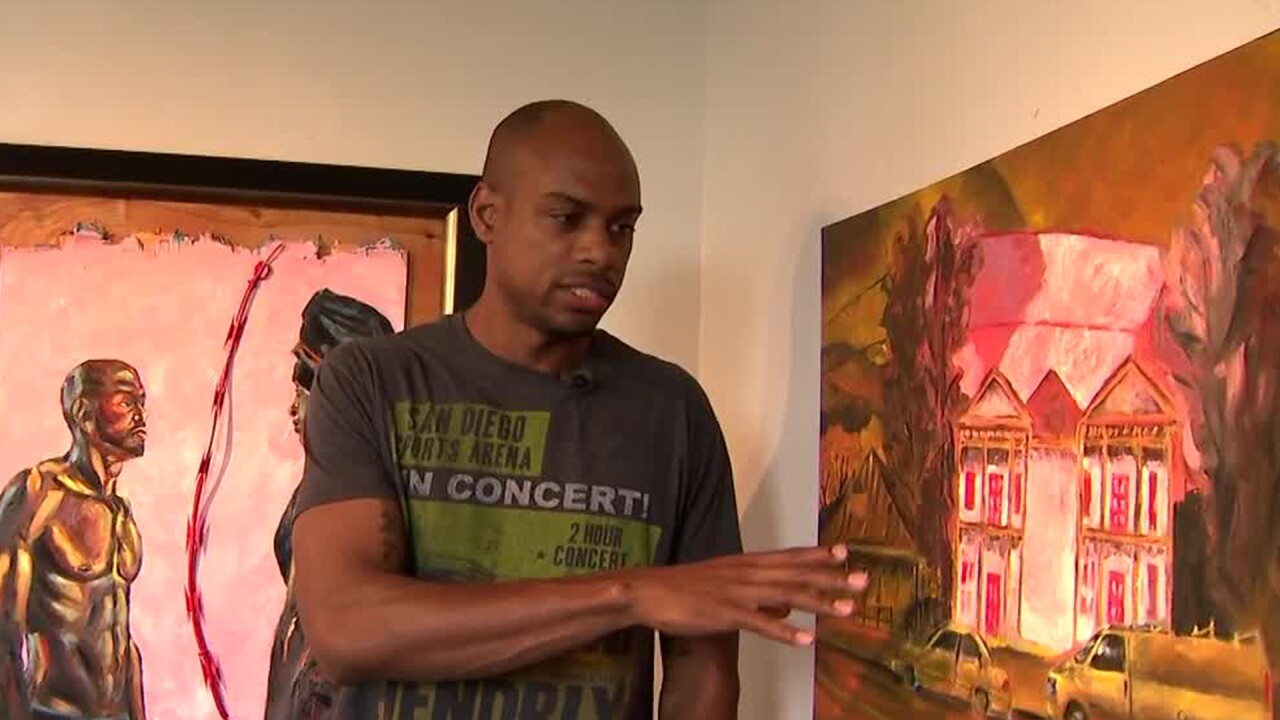 NASHVILLE, Tenn. (WTVF) — It happens every week on Jefferson Street. Developers looking to get in on Nashville's endless expansion approach longtime business owners looking to buy up property. But for residents, a city on the rise is following old, disturbing patterns.

Artist Omari Booker is a curator for Woodcuts, a custom framing and original artwork business on Jefferson Street. His artwork reflects his experience in the neighborhood he grew up in, and shows modern Nashville themes such as the new development and "tall and skinny" homes.

Booker believes current development, though no longer driven by redlining, still follows in the spirit of segregation. Especially when the development involves brand new modern homes popping up in historically black neighborhoods.

"There is that level of tension when this huge place goes up next to these people in these older homes," said Booker. "It's kind of like the writing is on the walls, you're not going to be here for very long."

Woodcuts receives purchase offers at least once per week in Booker's estimation. They come in the form of letters, phone calls or in person visits.

He didn't say the contact was unwelcome, but so far the owner of the business has not shown interest in selling portions of the property.

"The offers get pretty sweet. You kind of have to have not only some foresight but an understanding that it can't be driven by strict capitalism. It has to be driven by more than that," he said.

Other businesses report being contacted by developers as well.

The owner of Craighead Barbershop, Joe Trotter, said he was offered $100,000 for his small lot about a year ago. He's been cutting hair there since the 1980s and didn't want to part with it.

Still, he believes the growth on Jefferson Street can't be stopped.

"It's too far gone. It's almost impossible to stop it. It sit still for years with nothing happening. I guess it's time to go," said Trotter.

For Booker, why some businesses have decided to sell is not easy to explain.

"It's hard to quantify with just numbers what some of those institutions mean to the culture in the neighborhood and the fabric of Nashville."