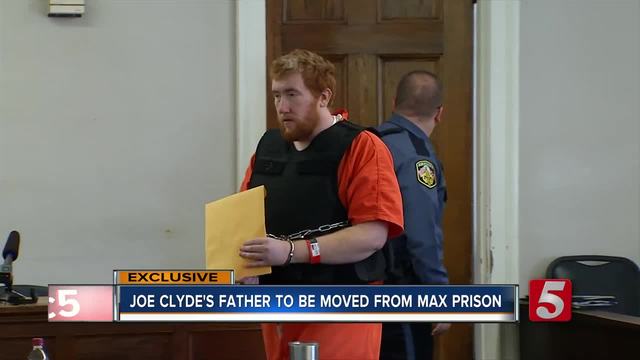 Daniels will go from his cell inside Riverbend Maximum Security Institution to a secure bed at the Middle Tennessee Mental Health Institute in Nashville.

"His case is sort of in a black hole of the judicial system right now," said legal expert, attorney Jim Todd.

Investigators said Daniels admitted he beat his son, 5-year-old Joe Clyde, to death at their Dickson County home this past April. Yet, he pleaded not guilty in court and the child's remain have not been found.

Daniels' attorney asked for a mental evaluation of his client.

"This is the standard operating procedure for any good lawyer," said Todd.

Todd said such evaluations can happen in a timely fashion, though it varies.

NewsChannel 5 has obtained a letter from the psychologist who visited Daniels telling the judge that after several weeks, "I cannot make a determination on an outpatient basis of his ability to stand trial."

"More than likely, it's a guess, the facilities were inadequate for the test the doctor wanted to administer," said Todd.

Therefore, Daniels will be moved.

Some are concerned he could be angling for a similar mental evaluation to that of accused Waffle House shooter Travis Reinking.

Doctors found Reinking incompetent to stand trial. However, each case and every person is different.

There is no timetable for when this new evaluation is completed. It could be weeks, months or years before the Joe Clyde Daniels case moves forward in the courts.

The trial for Joseph Daniels is tentatively scheduled for next March, and hearings on the case can continue between now and then, but no trial until the competency issue is resolved.