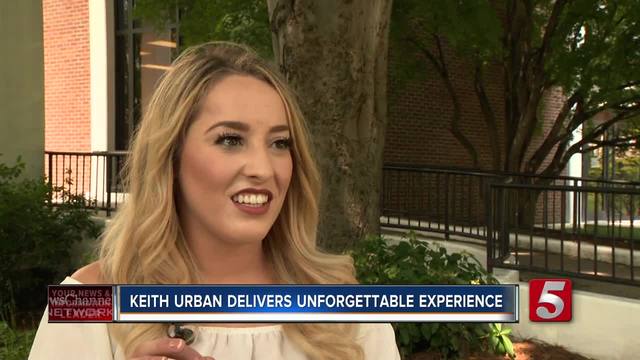 Keith Urban delivered an unforgettable experience for fans at his Bridgestone Arena stop of his Graffiti U Tour on Friday, playing a mix of his greatest hits and new songs, along with bringing plenty of special guests on stage. 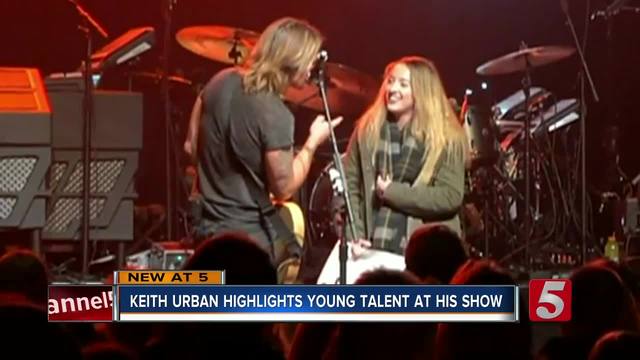 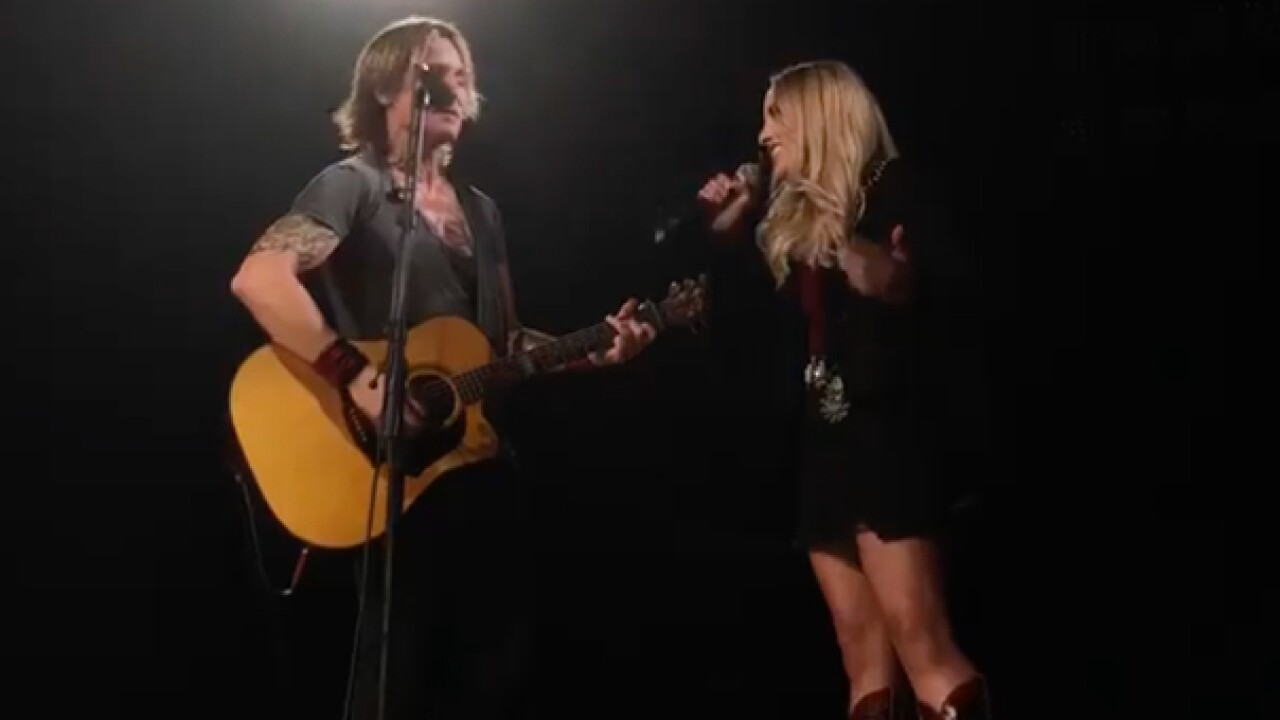 Keith Urban delivered an unforgettable experience for fans at his Bridgestone Arena stop of his Graffiti U Tour on Friday, playing a mix of his greatest hits and new songs, along with bringing plenty of special guests on stage.

"It's just kind of an honor to be on stage with someone that you've looked up to your whole life really and sing with them on stage, it's crazy!" Ashley Ryan, the student from Belmont who joined Urban on stage, said.

The story starts with a Keith Urban pop-up show back in January at the Exit/In.

Urban was holding the show to announce his new album and new tour for Graffiti U, and he did it as a free show, with the lucky hundreds who got their first gaining entry to the show.

Ryan was one of those lucky fans.

About a half hour into the show, Urban randomly invited Ryan up on stage to help reveal when the Nashville date for the Graffiti U tour would be, and asked a little about Ryan.

Upon learning she was a student at Belmont wanting to be a Country Music singer, he suggested they sing a song together, and with that, grabbed his guitar, and together, they sang the song "Without You."

"I was numb, I was just in shock," Ryan said, adding that she was a huge fan of Keith Urban. "It's just kind of an honor to be on stage with someone that you've looked up to your whole life and sing with them. It's crazy!"

After they finished singing, Urban had one parting idea. "If you come to the Nashville show, we should get up and do that song together at the arena. Is that a deal?" Urban questioned.

Of course, Ryan said yes, and fast-forward to August 24th at a sold-out show, Urban kept his promise.

"I'm a man of my word, here she is, from Belmont (University), please welcome Ashley Ryan!" Urban proclaimed from the stage about halfway through his set.

Ryan acknowledged the crowd and waved to her family and friends close to the stage, then Urban dedicated the song to Nicole Kidman, and started playing his guitar.

"The music started going and everything kind of just zoned out," Ryan said of the moment. "As soon as he started playing guitar, my mind went to the song."

Ryan had been waiting for the moment for months, and she made sure she was ready to duet with Urban.

"Non-stop listening to the song every time I'm in the car, just harmonizing with it, trying to get every little spot right," Ryan explained of her preparation.

While it only lasted a couple of minutes total, the experience of singing in front of a packed Bridgestone Arena is one Ryan will never forget, and she said it's motivating her to do even more with her singing career, so hopefully one day, she can perform to crowds like that on a regular basis.

According to Ryan, that extra motivation is all thanks to Urban being willing to share the spotlight and highlight local talent.

"What you see is what you get with Keith Urban. He's the most genuine human being," Ryan said of Urban. "You're just talking to a cool dude who happens to sell out arenas. That's the vibe he gives."