Kentucky is the worst state to retire in, report says 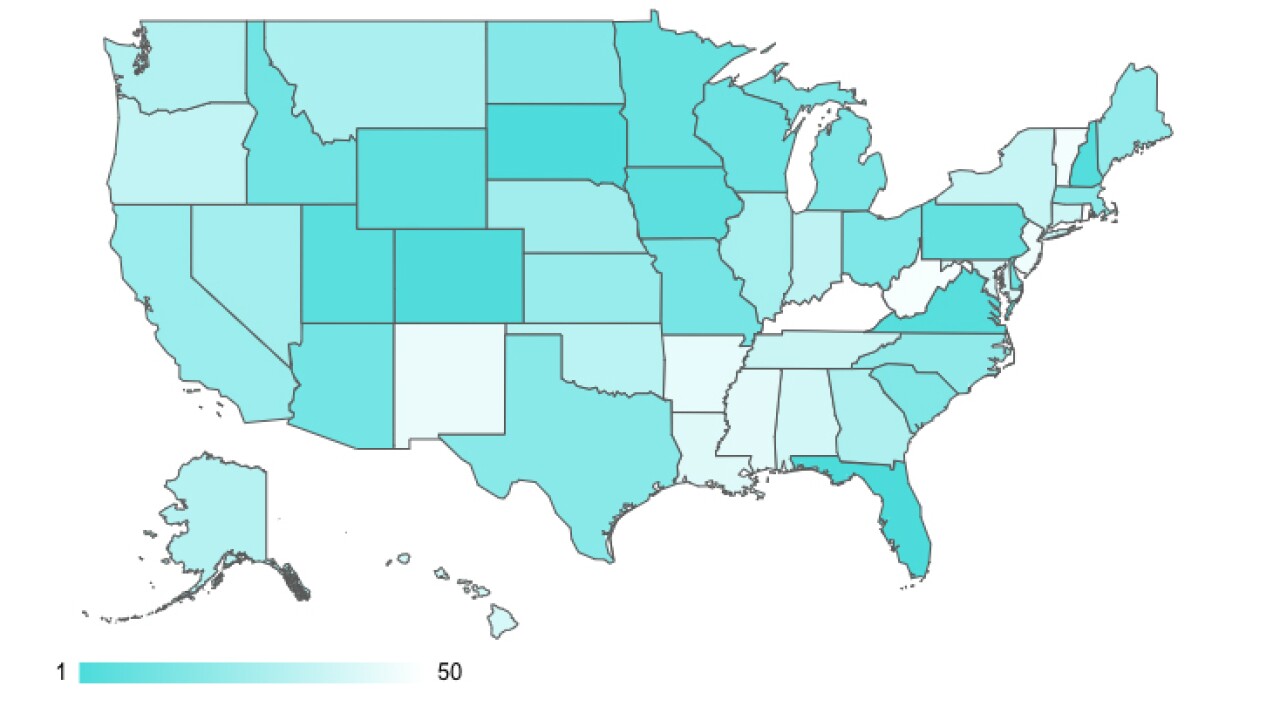 WTVF — The Bluegrass State is known for a lot of great things but retirement apparently isn’t one of them, according to a report from WalletHub.

While Florida was voted the best state to retire in, Kentucky was ranked dead last.

WalletHub says the study ranked states based on factors such as adjusted cost of living, weather and quality of public hospitals.

Behind Florida, rounding out the top five were South Dakota, Colorado, New Hampshire and Virginia.