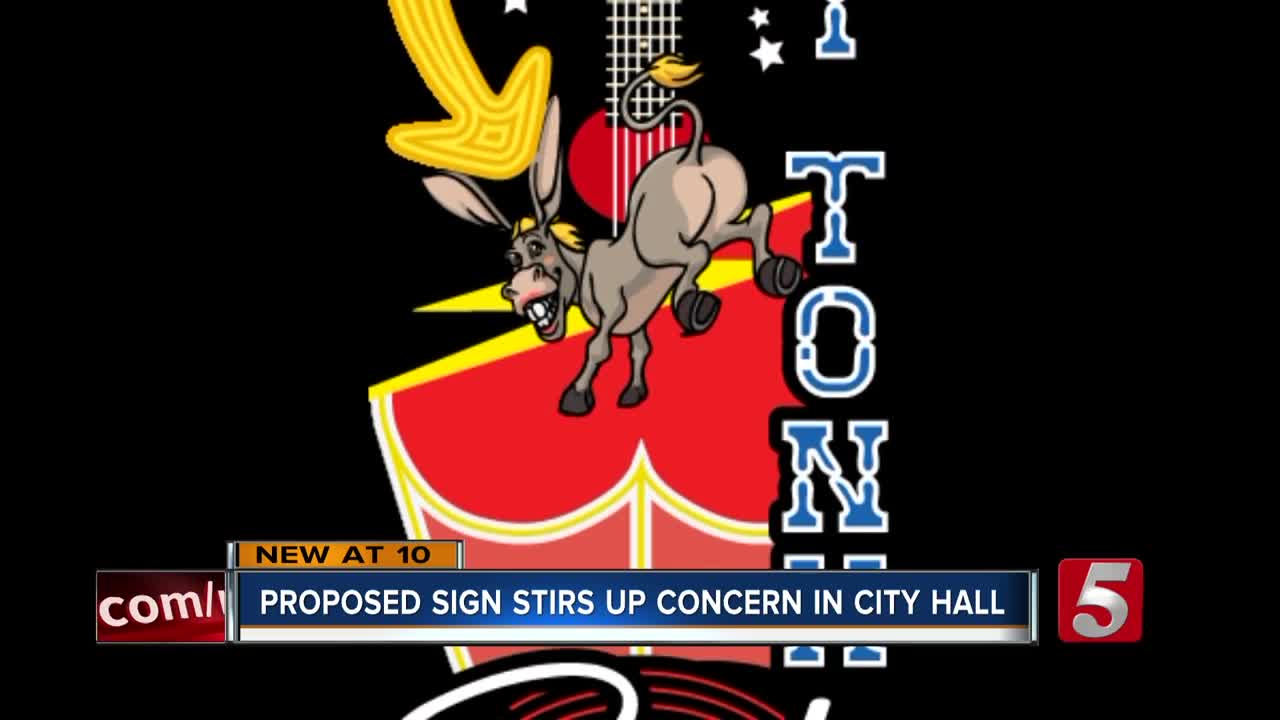 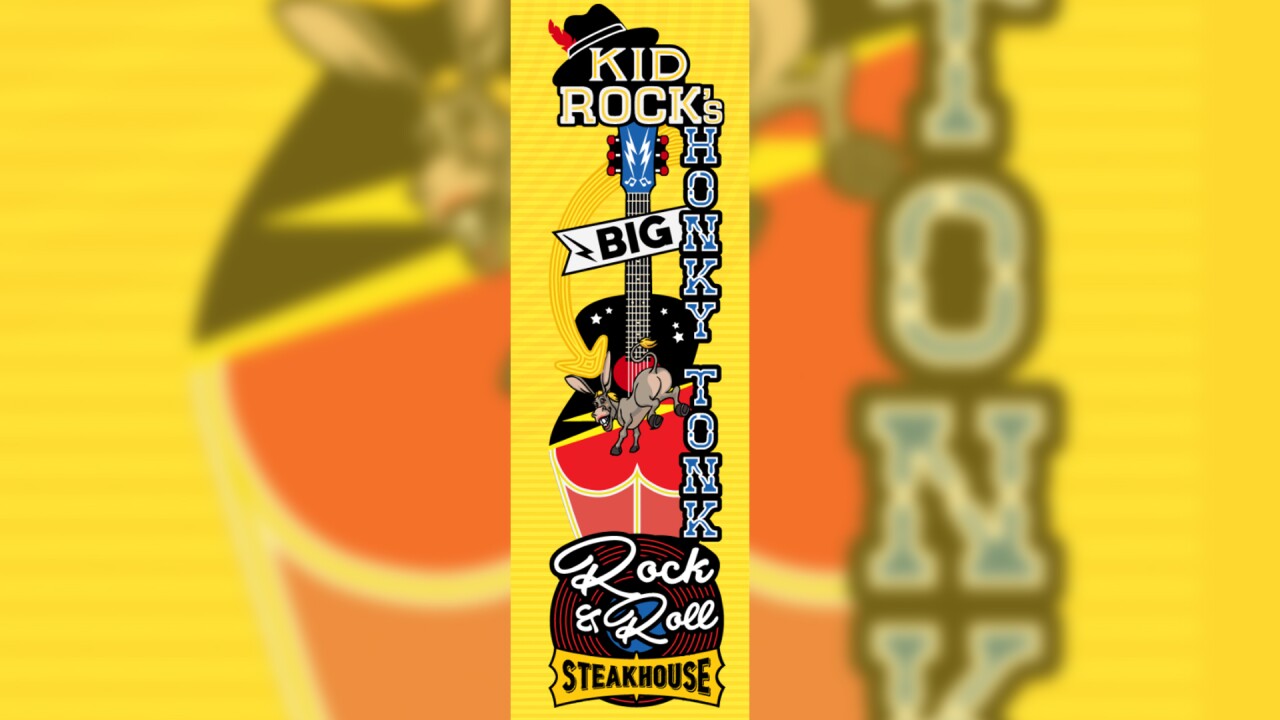 The sign features a donkey and guitar. The bottom of the guitar, however, creates the shape of a human bottom, and city council members like Freddie O'Connell say that's not an image they won't hanging over Broadway.

O'Connell said he expected some council members to vote against allowing the sign to be erected over Broadway, claiming that it will make the downtown area even less family-friendly than it already is.

"There's this general sense whereas lower Broadway once had an authentic honky tonk appeal, it's descending into something that is more like a theme park and an attraction," O'Connell added.

According to O'Connell, the sign prompted a lot of chatter among city officials - chatter that he hasn't seen over a sign since the controversy of the Wild Beaver Saloon, which was eventually approved.

Most Broadway bar-goers who spoke to NewsChannel 5 on Wednesday afternoon said they were okay with the suggestive sign.

However, even with the controversy, the sign was approved by council members in a 27 to 3 vote during Thurday's council meeting.

Kid Rock was recently involved in a controversy with Metro when he was replaced as the Grand Marshal of the Nashville Christmas Parade.