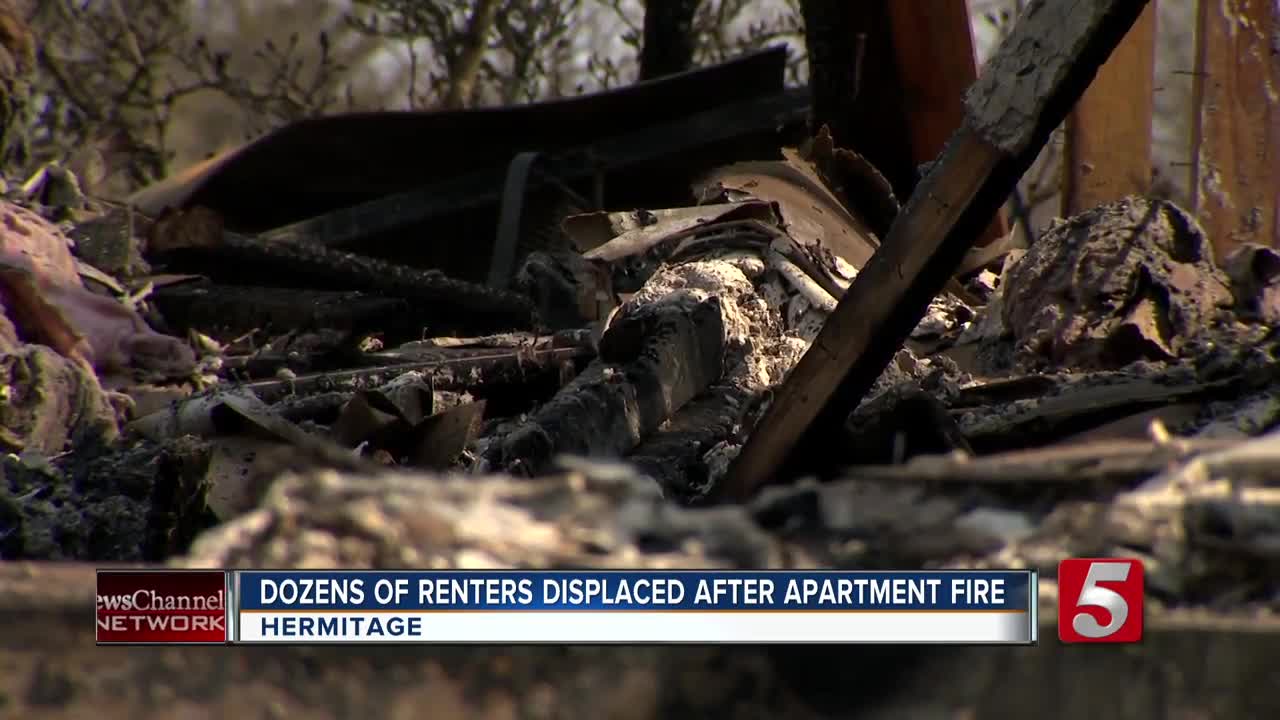 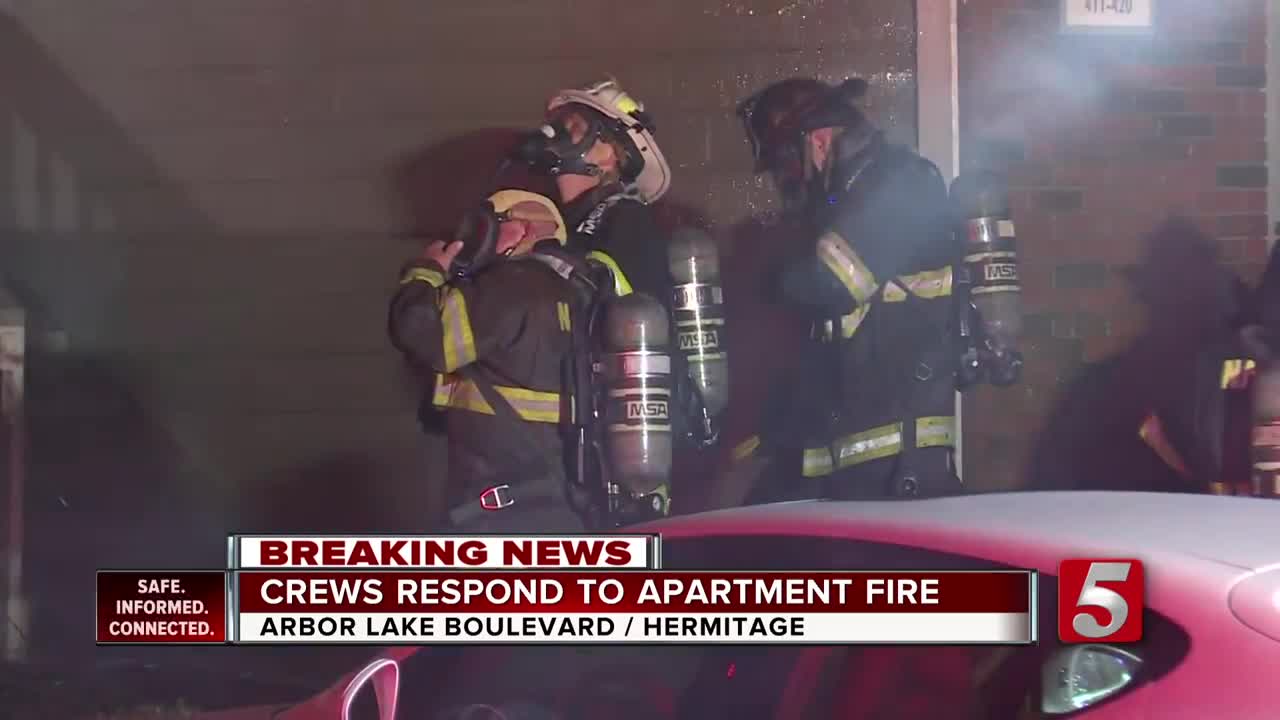 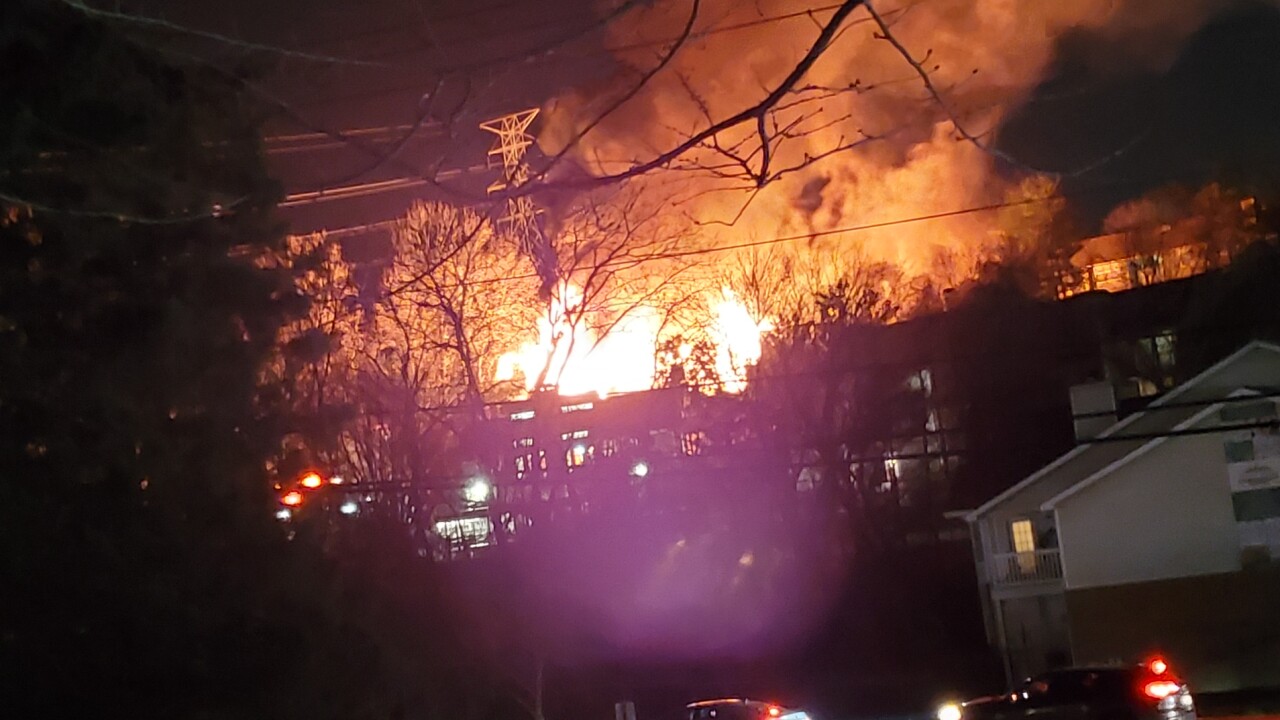 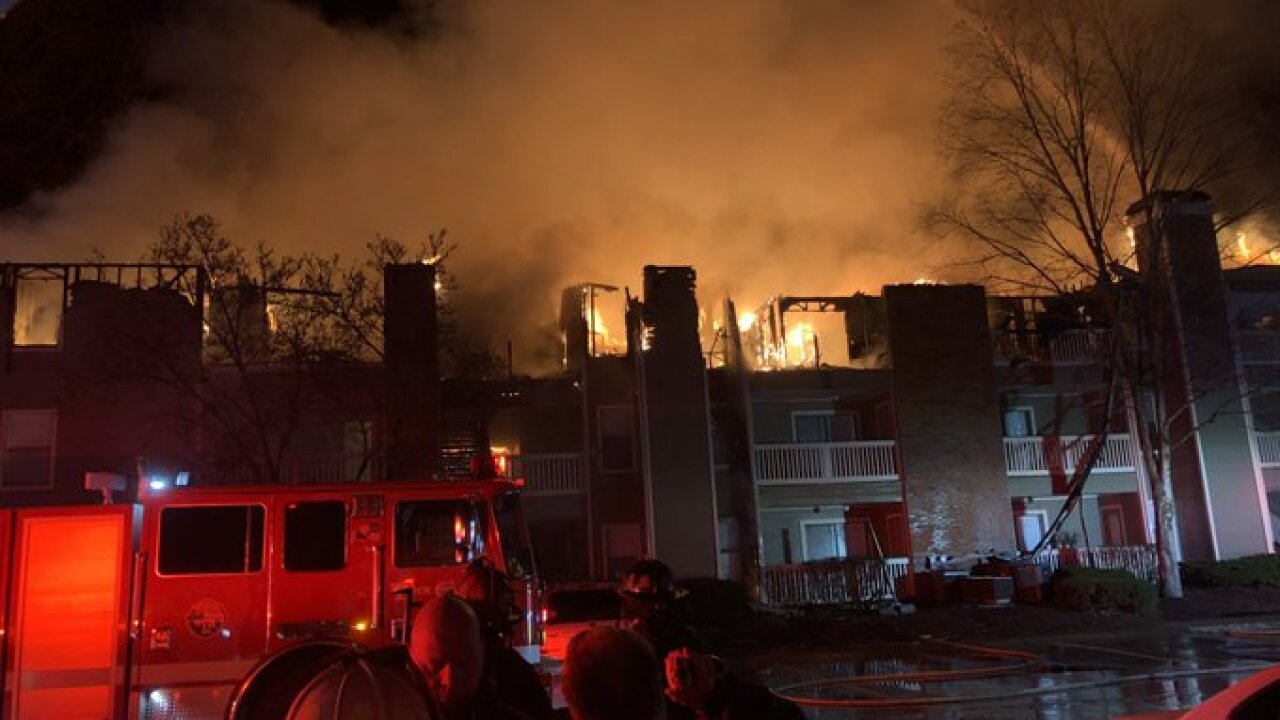 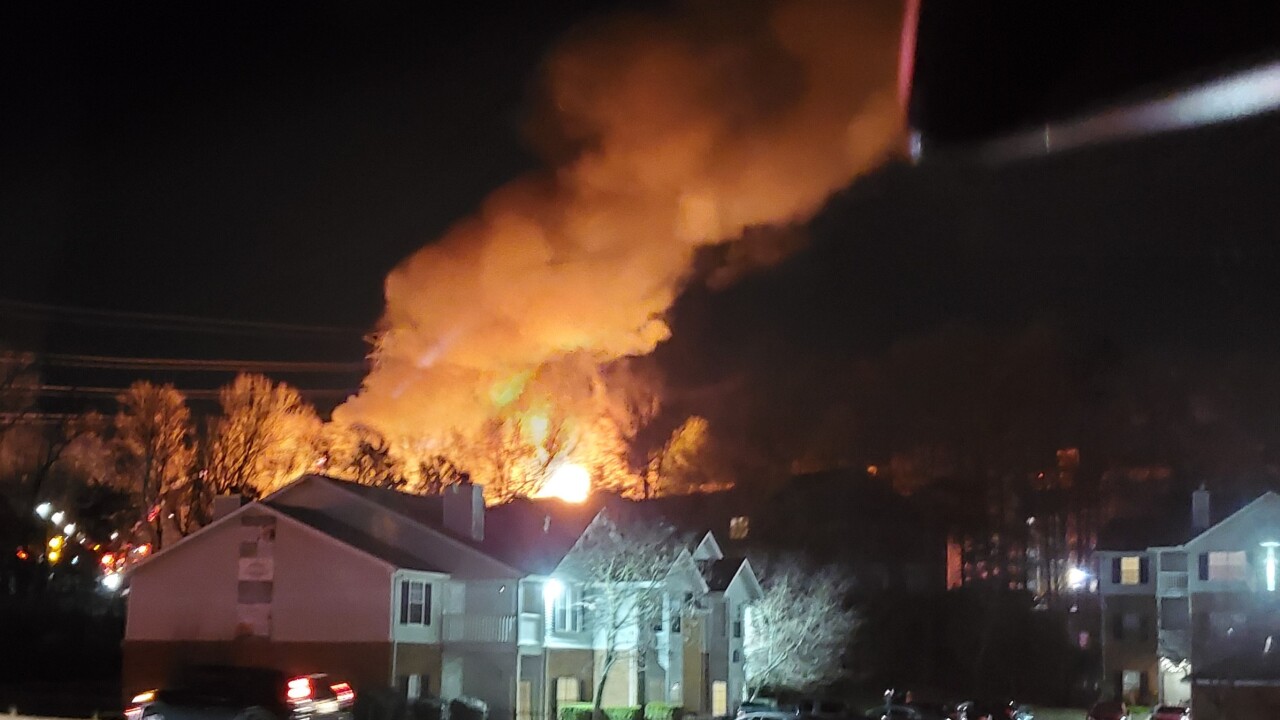 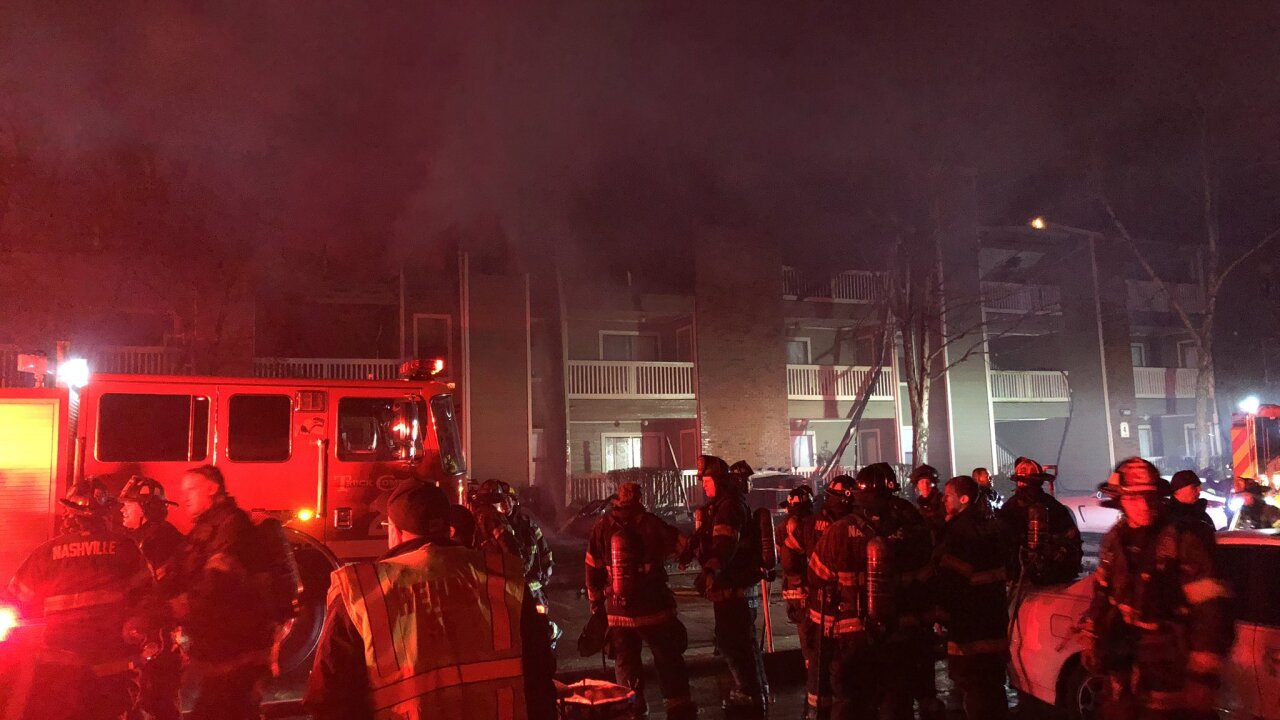 HERMITAGE, Tenn. (WTVF) — Dozens of people are displaced from their homes after a large fire ripped through a Hermitage apartment complex.

Firefighters battled heavy flames at the Highlands at the Lake complex on Arbor Lake Boulevard at Old Hickory Boulevard Saturday evening. Officials on the scene said at least one person was taken to the hospital for treatment.

The power at the complex was temporarily cut off for safety reasons as firefighters worked to put out the fire. Nashville Electric was able to restore the power to the unaffected buildings late Saturday night.

"It doesn’t look much like an apartment, it’s totally gone," Matt Bashore said, "Ash burned, can’t recognize any of my belongings."

"It kind of gives you a gut check," Bashore said, "But being on this side of it, it definitely is very much a shock."

The American Red Cross and the property management company is working with renters to help them find a new place to live.

Kari Richardson also lost all of her possessions.

Firefighters were able to save her dog Josie, but her cat Allie is still missing.

Richardson said, "I know the firemen busted open the sliding glass door, and then they weren’t able to get my front door open, and multiple people saw her run out."

She's hoping someone will spot her black and gray tabby cat who means so much to her.

"I don’t have kids, so my animals are my kids," Richardson said, "Definitely keep an eye out, let me know if they find her, she’s been a great cat."

Bashore said he's focusing on replacing the things he lost.

Bashore said, "My birth certificate, social security card, and then dealing with insurance and all that."

A dog was rescued from a third story apartment unit and was given oxygen by firefighters. At this point, it's believed 20 apartment units are a total loss. The American Red Cross is providing financial assistance to roughly 70 fire victims until they get money from their renters insurance according to a spokesperson.

The cause of the fire has not been released.