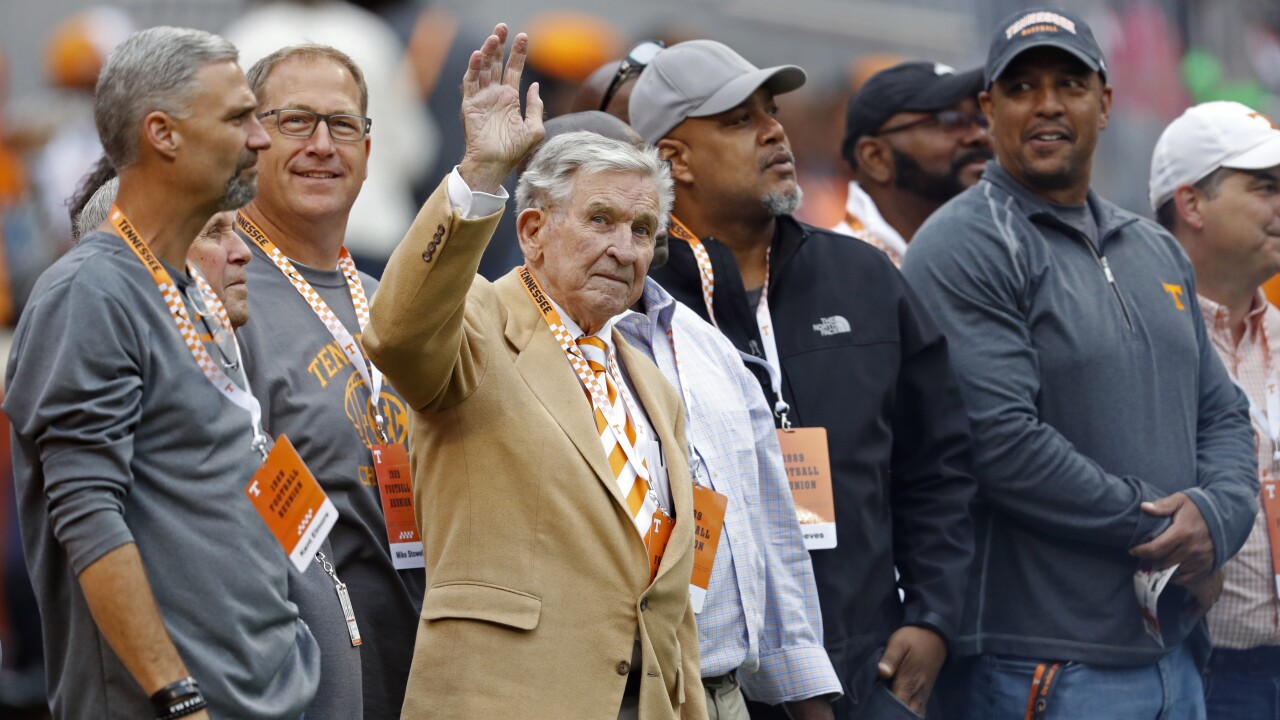 Wade Payne/AP
Former Tennessee head football coach Johnny Majors waves to fans as he and members of the 1998 football team are introduced in the first half of an NCAA college football game against Mississippi State, Saturday, Oct. 12, 2019, in Knoxville, Tenn. (AP Photo/Wade Payne)

Majors' coaching career began where he played as a grad assistant at the University of Tennessee. After moving around the SEC as an assistant and head coaching stints in Iowa State and Pittsburgh, he returned once again to his alma mater in 1977, where he would lead the Vols to three SEC titles in his tenure, including back-to-back titles in 1989-90.

Rest In Peace to Johnny Majors. He was quite the figure for the #Vols. 11 bowl teams in 13 seasons at Tennessee during an era where six wins didn’t cut it, and a breakthrough national title at Pitt. @NC5

Tennessee won 116 games over the 16 seasons Majors was at the helm, and finished in the top 5 in AP voting twice: 1985 and 1989. The Vols made 11 bowl games during his time as head coach, including a pair of Sugar Bowls.

Majors was born in Lynchburg, Tennessee, and played high school football in Franklin County. A running back at UT, Majors was an All-American and finished 2nd in Heisman voting in 1956.