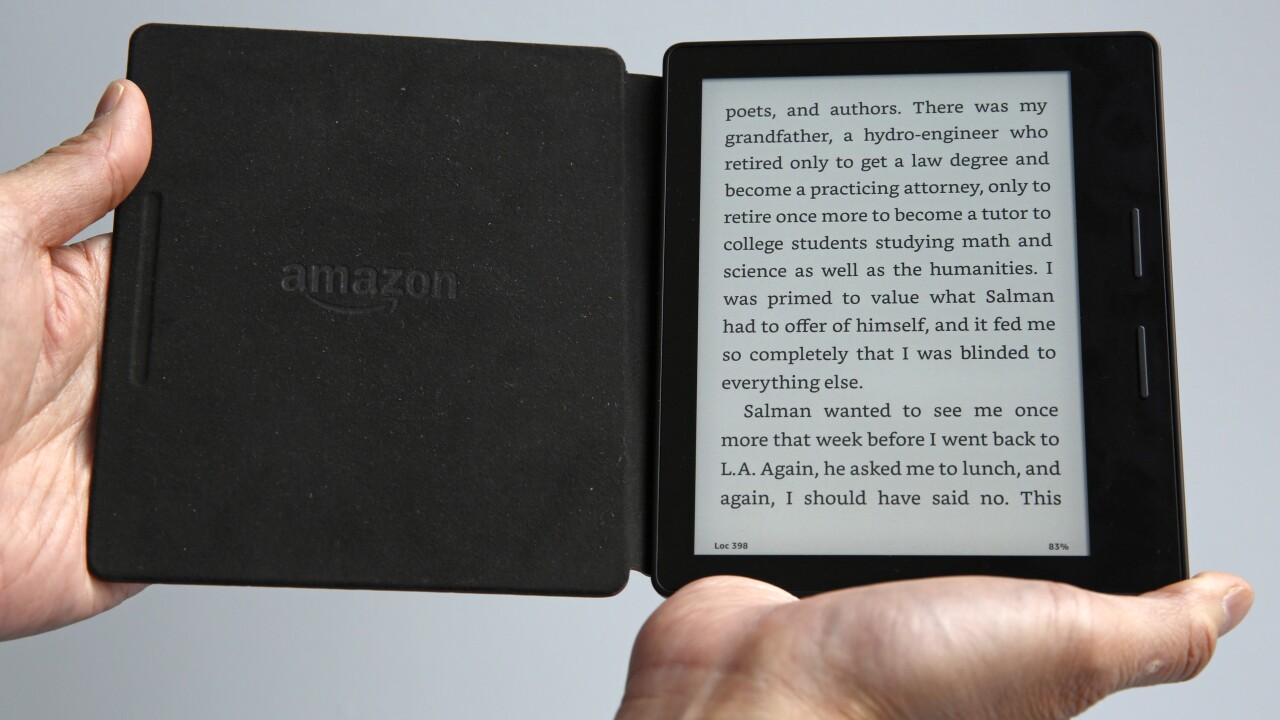 Kathy Willens/AP
A model holds Amazon's Kindle Oasis, Thursday, April 28, 2016, in New York. The Oasis is meant to be a luxury e-book reader, and is the company's sleekest, lightest e-book reader yet. It's designed strictly for reading, without Facebook, streaming video and other distractions common on full-functioning tablets. (AP Photo/Kathy Willens)

The publishing house recently announced that it will allow library systems to purchase only a single electronic copy of its new releases during the first eight weeks after publication. The embargo is set to begin Nov. 1.

Library Association Executive Director Mary Ghikas announced the E-Books For All campaign and petition drive in Nashville on Wednesday during the Digital Book World conference.

Ghikas said Macmillan's embargo will make it impossible for libraries to fulfill their missions by serving the needs of their local communities.