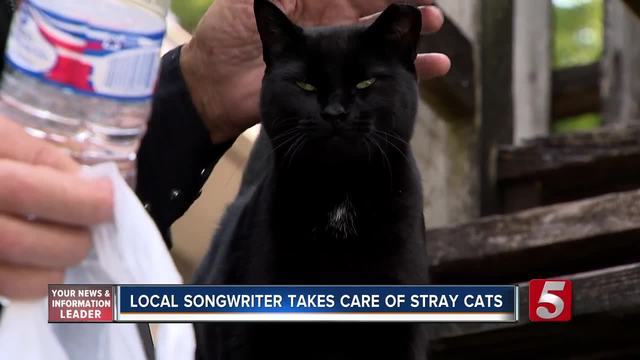 A local songwriter goes out every night at 3a.m. to feed stray cats in his old neighborhood. 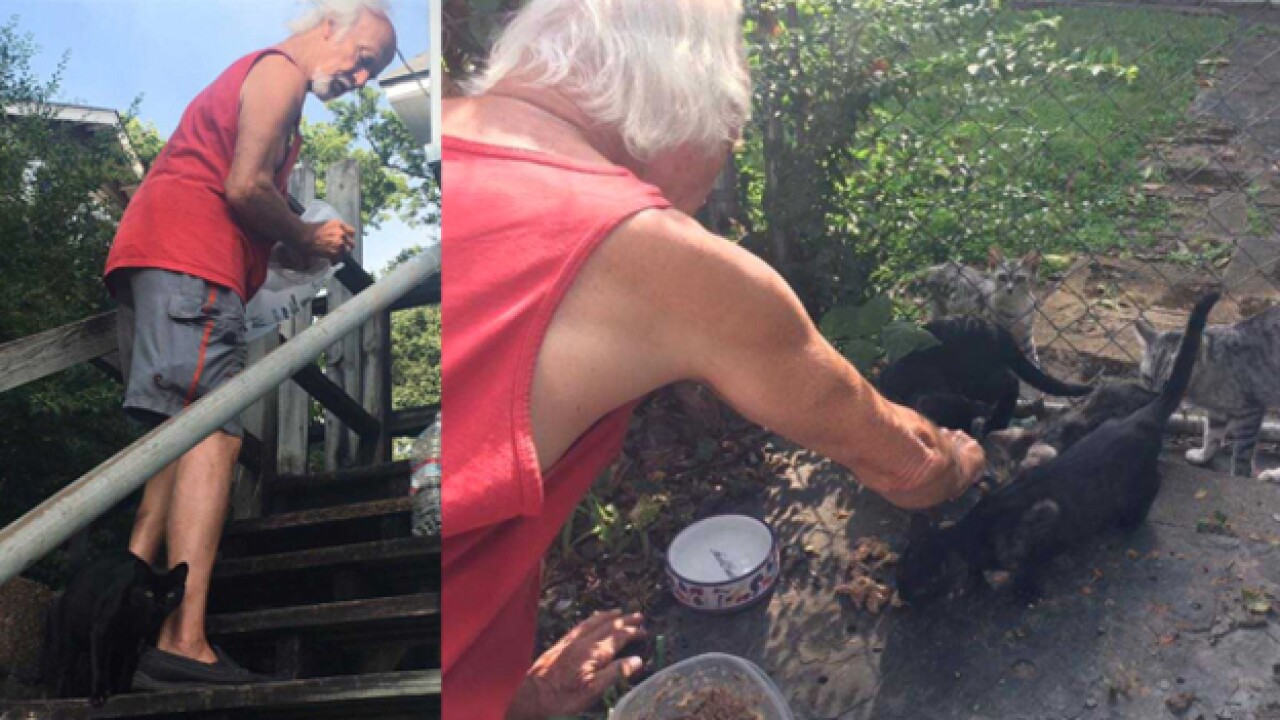 A local songwriter goes out every night at 3a.m. to feed stray cats in his old neighborhood.

Chris Gantry said the stray cat population is growing, and he wants to raise awareness in the community.

Gantry has such a heart for stray cats, he wrote a song about it.

By day, he's a songwriter. By night, he turns into "Catman."

Gantry said, "We had midnight fixed and we turned them back out on the street. She's a fierce, beautiful, young, black cat."

At his home he packs up food and hits the road.

"Off to see Midnight, the queen of Belmont," Gantry said.

In an alley off of Belmont Boulevard, he showed us the only cat that will reveal himself in the daylight-- Midnight.

"Midnight is one of the fiercest alley cats I've ever seen. I've seen her take on Toms and just run them down," he said.

Gantry has fed stray cats here for nearly a decade.

"I feed 6 in this alley the other 5 only come out in the early mornings."

When Midnight had kittens, Gantry took them to get neutered and adopted.

"This cat is wild. She would never let anybody touch her accept me. Unfortunately, that's the tough part," Gantry explained.

After meeting Midnight, Gantry has become an advocate for the trap, neuter, and release program. He doesn't think Midnight could ever be a house cat.

"She loves me because she trusts. Just like a relationship with a woman, once you got their trust, you're in. Break their trust, and you're out on the streets," he said.

Gantry wants to raise awareness about the the growing stray cat population in Nashville so people will help them. He's also an advocate for trapping, neutering, and releasing stray cats that have been on the streets their entire lives.

They partner with the Pet Community Center to help cats.