Preds Ask 'What If' After Game 7 Loss To Jets 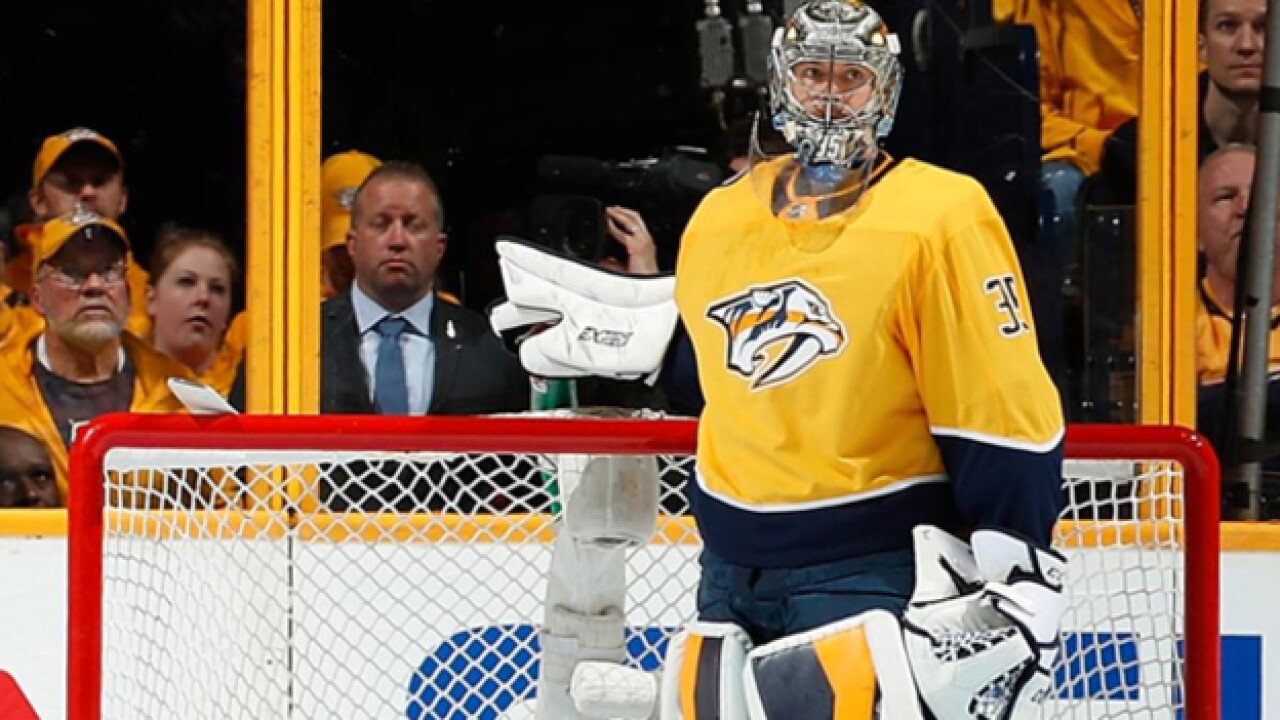 Sometimes you have to just tip your cap. The Predators edged the Jets our for the NHL’s best record during the regular season, but in this series Winnipeg was the better team. That was perhaps never more apparent than Thursday night when the Jets skated in and spoiled the first ever game seven in Bridgestone Arena history with a 5-1 win.

With the ultimate victory in this back and forth series, Winnipeg advances to meet Vegas in its first ever conference final. Meanwhile, Nashville begins a long summer in which it will only be able to wonder what could have been after having the best season in the team’s history ended in the second round.

What if Pekka Rinne, the likely Vezina Trophy winner, didn’t have to be pulled three times in the final five games of this series? At times there was nothing a poor goalie could do behind a defense that left him exposed, but in game seven Rinne gave up two softies he’d like to have back.

The first came when defenseman Tyler Myers skated along the goal line and flipped a seemingly harmless tough angled shot off Rinne’s pad and inside the post. Just 2:04 later Paul Stastny shoveled a puck off Rinne’s blocker, then scooped the rebound up over his shoulder.

Just like that it was 2-0 Jets and Rinne, who stopped all 34 shots in a game six shutout in Winnipeg, was skating to the home bench after allowing two goals on seven shots. It was the shortest start by a goaltender in a game seven in NHL Playoff history.

P.K. Subban brought the Predators back within one with his fourth power play goal of the series. But what if the rest of Nashville’s big four defensemen could have had an impact in the postseason like they had in a dominant regular season?

Roman Josi and Ryan Ellis combined for 85 points in the regular season, including 23 goals. They didn’t have a single goal and managed just nine assists.

Another failure to clear the puck late in the second period led to a Mark Scheifele one-timer from Blake Wheeler and put the Jets in complete control up 3-1.

What if the Predators’ second line of Kyle Turris, Craig Smith and Kevin Fiala didn’t go missing in action in the playoffs? The trio posted 141 points in the regular season but managed just 11 in a disappointing playoff run.

What if the third line of Nick Bonino, Austin Watson and Colton Sissons could’ve kept in their torrid pace of round one. They managed just one point against the mighty Jets.

And the Predators never did figure out their season long penalty issues. The final one of the year led to Stastny’s second goal of the night in the third period.

But maybe the biggest question is what happened to the Smashville advantage itself? The Preds fought all year to get home ice advantage and then went just 3-4 at Bridgestone Arena in the playoffs. They lost three of four games at home against the Jets, winning only game two in double overtime.

The last one will be the most painful, but this was a series of missed opportunities. Credit the Jets, they were the better team, and sure look to me like a Stanley Cup champion.

But the Predators never quite looked like themselves in this series. There’s plenty of questions about why and very few answers.

But now there is a long time to mull it over until training camp.